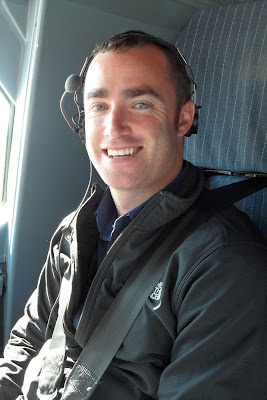 Barcelona to Atlanta was not unlike any other flight… but this particular day we had a hitchhiker in the flight deck— Mathew Coombs.

How sweet is it to be twenty-eight years old and jet off to Europe to play with friends in Southern France and Spain, drink great beer and wine, eat the best meals and then fly back home in the best seat in the house—the Flight Deck. Okay, maybe he would have preferred a First Class seat, but it was fun getting to know Matt. Matt is definitely enjoying the life of an airline pilot.

Unlike those aviation enthusiasts who tell me they were born to fly, and that passion made them do it— Matt has a different story. Because his Grandpa flew the B-25 in WWII, and ended up retiring as a Captain at United, Matt was introduced to the lifestyle of a pilot. And he liked what he saw. There were also travel benefits, that apparently he’s taking advantage of. He also believes aviation is still a respected profession. So Matt made a career choice and headed off to Purdue.

For anyone looking for an aviation university, I would recommend checking out Purdue. Matt started in 2001, and he tells me his first flight was on 9/11. What a day to take to the sky for the first time. But the ensuing tragedy didn't stop him. He majored in Aviation Technology, and left with 350 hours of flight time along with his four-year degree. 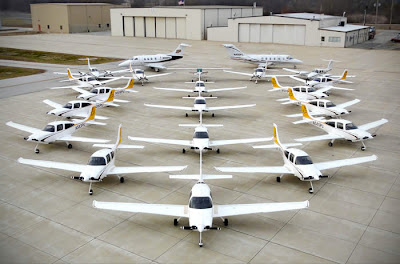 The cool thing is, since Purdue is a State school, he paid instate tuition. There was an additional fee for the flying portion, but I was amazed at the program they offered for the price. In addition Matt had access to a 727 simulator as Purdue is training their pilots how to fly jets too. The students also get ten hours in a King Air. This is some really good experience for low time pilots.

After graduation, Matt earned his instructor’s rating and did some flight instructing at Schaumburg Airport for about a year. He worked for Tran States for about 500 hundred hours, and then moved on to fly for Chautauqua in May 2007, where he's currently flying as a first officer on the Embraer RJ145.

Chautauqua is a regional airline and a subsidiary of Republic Airways Holdings. They’re a feeder for many of the major U.S. airlines. Matt has been there for ten years, and has about 5500 hours. I asked him if he were flying as a Captain—He told me he was about 400 numbers away. But he’s not disappointed. He actually has a great attitude with his position, and is enjoying life... 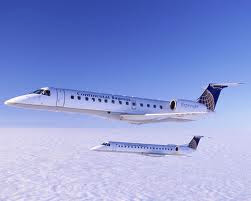 Matt tells me that the mergers put a stop for about five years to rapid growth. He said, “In hindsight it’s nice not to be an 18- month captain. It’s easy now. I’m gaining a lot of experiences that will make me a better captain.” He’s in no rush, but he does have a five-year plan to upgrade or move to a major airline.

When I asked Matt what his key to success was, he said, “One key to success … know people.” I’m not surprised he’d said that because when he was telling me about his various jobs he’d mentioned, “All my jobs came through friends.”

It was an exhausting flight, and I'm not sure if it was the interview that wiped Matt out, or his previous couple weeks of play time... but it was nice to bring him back to the U.S. 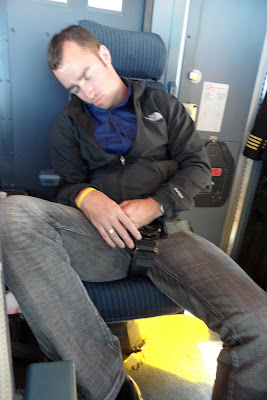 Matt, I hope the remainder of your journey home was successful. Fly safe and keep enjoying life. Continue to make smart investments. Remember… a pair of Aces causes more grief than reward...watch out for those going fishing.

As a side note, Matt is going to make a great captain. He approaches life logically, plans ahead, makes smart decisions, and isn't rushing anything. He knows he'll get there, and he's right. He will retire as a senior captain from a major airline one day, and he is using this time in his life to gain experience and enjoy his life.

If you want to say hi to Matt on Twitter, you can find him @Remove_b4flyin

Posted by Karlene Petitt at 7:24 AM