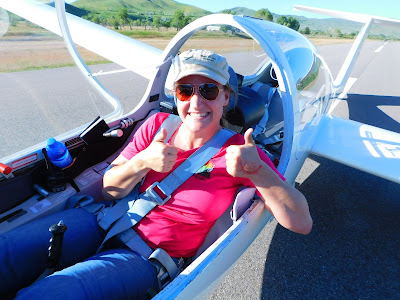 "How I overcame crippling confidence issues
in the cockpit."

"Early on in my flying career, I couldn't get enough flying. It was new, beautiful, and the fulfillment of a childhood dream. I had become the proud owner of a light sport airplane in 2012 that I was flying everywhere. As the years came and went, I started to have confidence issues in the cockpit.

I felt like I would have to fight for control when I was in moderate or greater turbulence and I had one flight where I encountered the worst turbulence I ever had been in and I was scared and struggled to fly for the next four years. I had no confidence in my ability to handle anything but smooth weather and I stopped flying cross country for several years. I was afraid of all of the "what ifs" and where the insidious bumps might be hiding in my mountainous home (SLC, Utah). I never stopped loving flying, but I definitely ramped way back and kept myself painted into a small geographical area that I felt safe in. 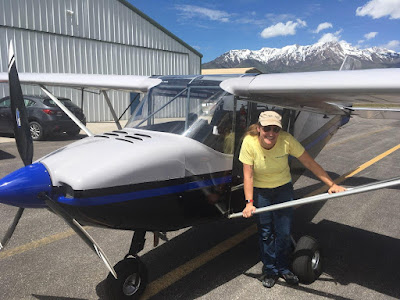 I then discovered another kind of flying that was all about being in control in turbulence and that was glider flying. That's all about learning the terrain, using it to your advantage, and using thermals and winds and everything that will push you up to keep you up.

Steep turns in moderate turbulence
while flying at the bottom of the green arc?

Talk about getting comfortable with the performance envelope of your aircraft! Glider flying was exquisite (and made me a better power pilot) and all but vanquished my fears of turbulence. My resurgence in confidence was so powerful that I earned all three ratings--private, commercial, and flight instructor--in 7 months. I absolutely love teaching now and find that I can share with students how to stay confident aloft." 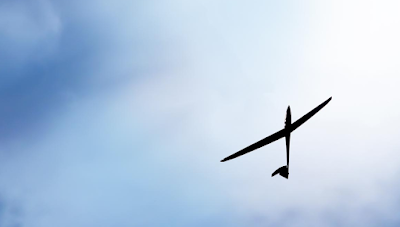 Julie's passion for aviation is unrivaled. By profession she is an Aerospace Quality Engineer and holds three ASQ certifications (Certified Quality Engineer, Certified Reliability Engineer, and Certified Six Sigma Yellow Belt). She has 14 CFR Part 145 expertise for a Limited Airframe rated Repair Station and she's the quality engineering liaison with the FAA FSDO. She works with type certificate holders and the FAA MIDO to secure FAA Parts Manufacturer Authority designation (FAA-PMA) (14 CFR Part 21) in order to sell spare parts.  She's a pilot rated on airplanes, seaplanes, and gliders, a flight instructor, and is a kit plane owner who enjoys flying for fun and volunteering. 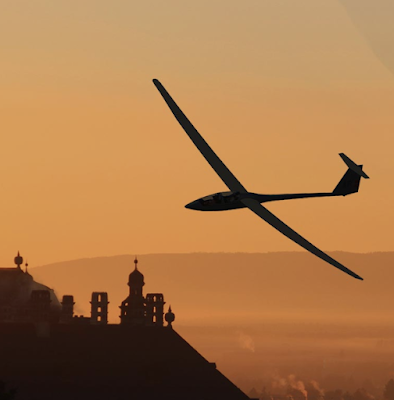 Confidence is everything in an airplane.
Find it, and you'll soar to new heights!

Julie is a Certificated Flight Instructor for the Utah Soaring Association.  She now is able to teach what she loves. When you're ready, I'm sure she will teach you too!

Posted by Karlene Petitt at 12:00 AM 8 comments

"Thanksgiving isn't just a holiday;
it's an attitude of the heart."
Joel Osteen

Thanksgiving should be everyday, no matter where you are, and no matter your circumstances. Awaken each day with love, acceptance and forgiveness if your heart, and end the day grateful for having lived an incredible day. Your life might be filled with insurmountable struggles at the time, but know that those struggles are giving you strength and preparing you for something in your future. Create a practice of putting life in perspective, and you can be thankful for yours. 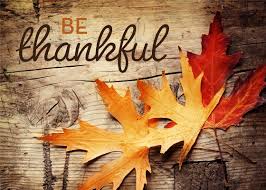 Happy Thanksgiving to you
and your family!

Enjoy the Journey
XO Karlene
Posted by Karlene Petitt at 12:00 AM 0 comments

Aviation Safety Is In Your Hands!

Where Truth is Scarier than Fiction! 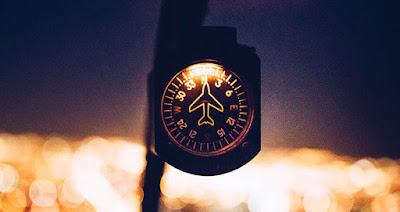 Flight For Truth
first draft is complete
and will be available February 2020!

Aviation safety is in your hands when you are holding a Flight For novel, because these novels are a fight for aviation safety. Together we can make a difference. I write, you read, together we stand strong.

2020 could not be a better year to expose the truth of silencing employees who report safety.  Perhaps 20/20 will look into this atrocious crime against humanity, that breaks down safety on all levels of aviation safety, when Flight For Truth is released.

What happened to Darby Bradshaw in Flight For Sanity  should never happen to anyone.  Flight For Truth continues with the story and where our industry is headed, and determines whether Darby will ever fly again. We learn that the industry blames pilots for accidents when lack of safety culture and in adequate training are to blame, and how airline management uses a Soviet Union approach for the removal of pilots who speak out. Be ready for the next novel and read Flight For Sanity today!


Flight For Sanity
Is available today! 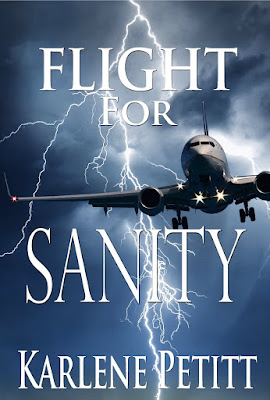 Purchase autographed books off this blog
or find on Amazon on Kindle!

Flight For Sanity,  When yet another airliner comes within seconds of crashing, it becomes time for Darby to report her numerous safety concerns. Her friend and FAA inspector Kathryn Jacobs is preparing to conduct research to identify why pilot error is occurring, and their good friend, John, is vying for the Secretary of Transportation position. Darby presents an internal safety report to her management based upon substandard training. She was given numerous warnings by her friends and union representatives to stay quiet. She did not heed the warnings because she never imagined a pilot could be fired for reporting safety. However, Darby learned that management can do something far worse than terminating an employee. Flight For Sanity digs deep into the bowels of airline management and the government, displaying how far corruption can go when when airlines own the FAA, the pilot unions, and place passengers lives at risk.  Flight For Sanity is a must read to be ready for Flight For Truth.

If you have time, read all the novels.
At the very least read Flight For Sanity today
so you are ready for 2020!

What the Experts are Saying
about Flight For Sanity...

"When Karlene Petitt grabs you by the throat with her fast-paced narrative, she doesn't let you go until the early hours of the morning! Flight for Sanity plunges you into a world in which money trumps everything...aviation safety, homeland security, and even the presidency. Couldn't happen? Some of it already has, as with the use of fraudulent mental concerns to silence airline pilots who dare to point out safety problems.

"Petitt is back with her best novel yet! Rich characters, gripping flight scenes, and tidbits of wisdom for upcoming pilots… Cutting to the heart of critical safety issues airline pilots face, and retaliation that follows. Think that’s an unrealistic plot? As an airline pilot, I can assure you—this story is straight out of today’s headlines."

Petitt captivates the reader with yet another engaging tale of airline drama with enough realism to make it truly terrifying. A great read! I couldn't put it down!

Fact and fiction merge into an airline drama where everything is at stake. You'll be thinking about this book long after you've read the last page.
Captain Kathy McCullough
author of Ups and Downs.

Flight For Sanity is a thriller that reads like a mystery. But there is no mystery about the corruption behind the scenes of the world’s largest airline and within the walls of the FAA. The lengths to which powerful people  will go to destroy these women will shock the nation. It’s time the world learns the truth, before it’s too late, and automation replaces pilots.

Truth is scarier than fiction.

Autographed copies are
Sold on this blog!
Get yours today!

Posted by Karlene Petitt at 8:55 AM 0 comments 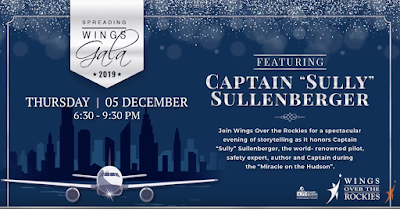 "An entire night of aviation geeks
surround by airplanes!" 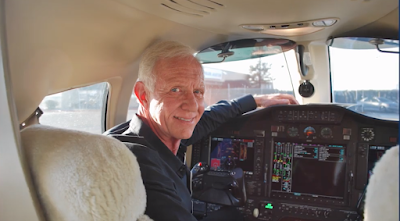 "Join Wings Over the Rockies for a spectacular evening of storytelling, food, drink and fundraising as it honors Captain Sullenberger and propels the aerospace industry forward.

2019 also marks the 10th anniversary
of the “Miracle on the Hudson”.

Wings Over the Rockies Air and Space Museum:
https://wingsmuseum.org