The government bought and paid
for this pilot shortage
with your taxpayer dollars! 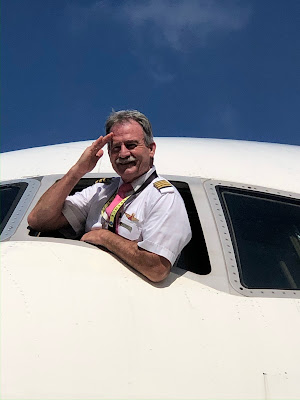 While I do have an MBA, it does not take a masters in business to see that this summer pilot shortage should have been avoided. A quick Internet search indicates that the government paid airlines insurmountable funds to survive the "Covid" challenge: An $85 Billion Rescue May Only Delay the Pain and Taxpayers spent Billions on Bailing out Airlines.

How Airlines Used
Your Taxpayer Dollars
Airline management used your money to pay extremely large sums to their most senior pilots to encourage them to retire early. Some airlines paid pilots 55 hours a month for three years, to leave with all their benefits. Those benefits are a high value too. To put this into perspective, that's approximately $20,000 a month. That is a modest number, as in some cases that payment was significantly more. To compensate for that process, airlines are now paying pilots 2-3 times more per trip to encourage them to fly overtime, causing a world of fatigue and pilot unrest. Literally. The results are passengers are being grounded for their summer travel and pilots are exhausted. Don't think this is for summer only. The airlines are so far behind the power curve that they are sending instructors to fly during summer months, cutting much needed training, which will exacerbate the problem come the holidays. 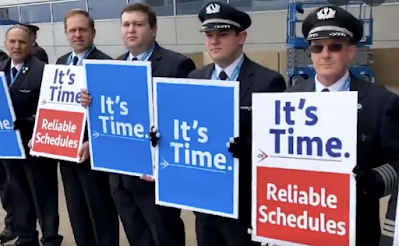 Perhaps the government was acting in good faith. However, when giving an open checkbook to airline management who do not care about operating an airline, do not care about safety, do not care about the flight crews or passengers, but instead care only about lining their pockets with the intent to take the money and run-- passenger travel and safety will be in jeopardy.
Either the current airline flight cancellations are occurring because airline management has absolutely no idea how to operate an airline, or they have devised a shell game creating an illusion of management. A staged pilot shortage enables airline management to cancel less lucrative flights, raise prices, and feign ignorance of what pushing pilots to their limits will do to performance, reducing many levels of safety due to fatigue in the process.
The  Solution is Simple!

1) Offer those pilots that have already been paid to retire an opportunity to return to the flightline. These pilots will take a day in the simulator, maybe two, depending on currency and they will be qualified.

2) Enable those pilots who were forced to retire at 65 to return to the flight deck and fly until 67 to get the airlines through this challenging time. They too will require minimal training.

Captain Rich Seiler, forced to retire at 65 six months ago, is still playing semi-professional senior baseball, is physically fit, competent and wants to fly.  It simply does not make sense to ground him and other pilots like himself that could be helping in this time of need. 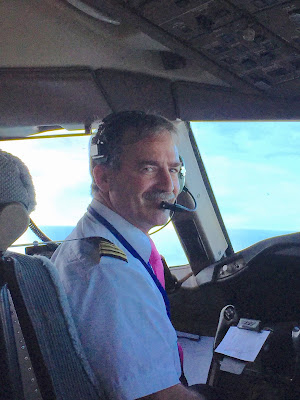 Union and Pilot Objections and Solutions:

SENIORITY:  "It's not fair they come in over our seniority." SOLUTION: Place them on their original equipment, base of their choice, at the bottom of the seniority list in that base.

UPGRADE:  "It's not fair, it will delay my upgrade." RESPONSE: Maybe for the short term. But growth is immense and airlines expect to hire 14,500 new pilots over the next 8 years. This is not a long term solution, but simply until the airlines get caught up with training.

DOUBLE PAY: "They'll take my overtime trips" RESPONSE: There are overtime trips being cancelled now. There is more than enough to go around for everyone.

OVER 65 PHYSICAL HEALTH:  Pilot's fitness is assessed whether they are 55, 65. or 67. That make no difference. Either a pilot is or is not fit. Age is not the issue. NetJets employs pilots to fly that are older than 89.

COGNITIVE ABILITY:   There are tests to check cognitive ability. While every person has a different baseline, these tests could be utilized to determine a decline in the performance of a pilot for their own level.

I would think with contract negotiations in progress at all airlines, that creative minds on both sides could solve the problem by simply signing a contract that works for everyone and enables this 12-24 month fix, with a long-term contract secured.

Flying fatigue is similar to flying drunk. Federal regulations have created limits to avoid pushing pilots to fly too many consecutive hours that would impact performance. However, the previous FAA administration has approved airlines to place pilots on duty for more than 25 hours due to this pilot shortage with the excuse being Covid, and called it a "workaround".  Currently airline management believe that it is okay for these extended duty times as they and the FAA manipulate the meaning of a deadhead. Therefore, until we allow our retired pilots to return, even those over 65, passenger safety will be in jeopardy because of an FAA/Airline workaround that induces fatigue instead of mitigating risk.
FAA Challenge
I challenge the FAA to justify why it's safer for a 64 year-old pilot to be on duty for over 25 hours, versus a healthy qualified 65 year-old that has 40 years of experience flying airplanes, to be a safer option for passenger travel.
The Solution is Simple
The Question is
Why Aren't they doing this?
Enjoy the Journey
Karlene Petitt PhD, MBA, MHS