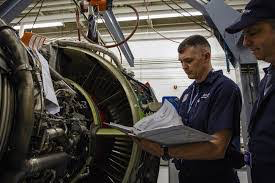 Life doesn't stop while you're training on a new plane, we just have to deflect to remain focused. However, yesterday a ruling was brought to my attention, which is a huge win during this pandemic environment, a time when airline employees are being furloughed. It's nice to see when a union fights for jobs. Unlike the pilot's union, the mechanic's union has the ability to employe outside legal counsel, which can make all the difference in the world as was proven in this case.

In a decision dated September 18, 2020, Arbitrator Frederic R. Horowitz rejected Alaska Airlines' position that job security provision negotiated by the Aircraft Mechanics Fraternal Association (AMFA) could be nullified in response to the COVID-19 pandemic, based on a force majeure clause contained in their contractual letter of agreement.

A fore majeure clause typically frees parties from liability when an extraordinary event or circumstance occurs that could be considered an act of God.

In paragraph 2 of their letter of agreement the parties negotiated a general no-layoff provision for all union-represented employees, which was subject to a force majeure clause, in which Alaska would be excused from the no-layoff provision in the event of a natural disaster.

However, AMFA subsequently negotiated a supplemental paragraph 4 that created a "No-layoff" protection for its members at six stations (LAX, SEA, SAN, SFO, PDX, and JFK) with no parallel reference to paragraph 2 force majeure clause. Therefore, AMFA argued that the force majeure clause could not be invoked to diminish the no-layoff protections outlined in paragraph 4.

Moreover, AMFA argued that furloughed employees throughout the carrier's system could use their seniority to bid into these six protected stations, even in the absence of vacancies, without the incumbent junior employees at those stations being displace from their positions.

"Our union negotiated for job-protections that are not subject to the COVID-19 pandemic, and we expect those job protections to be honored," Bret Oestreich, AMFA National Director, stated.  "The final arbitration decision upheld AMFA's position of both counts."

AMFA was represented in this case by Nicholas Granath of the law firm of Seham, Seham, Meltz & Peterson, LLP. If you would like to read the ruling you can do so by going to the following link:  AMFA Beats Covid-Based Furloughs. The ruling link is at the bottom of the press release.

Posted by Karlene Petitt at 8:00 AM 0 comments 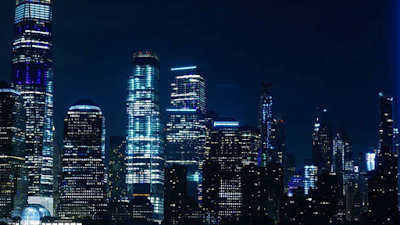 19 years ago today I was working my second job, in Dallas, training Sun Country pilots at American Airlines Training facility. Twenty years later I am in Atlanta, as the student on the A350. Yesterday I passed my systems evaluation. Today I'm up early to start procedures. But I cannot start the day without a prayer for those who lost loved ones during these horrific attacks.

Nineteen years ago was the "day" that changed aviation. Now,  we are facing the "year" that changed aviation. However these events changed more than aviation, they changed our freedoms, and how we live. I believe as long as we don't give up, and always strive to be better today than we were yesterday, work toward improvement, and always do our best, we can create a positive change.  This change will lead to a better world. Today, take a moment to remember, and know that your efforts will create a better world and can impact change. Make today worth living.

Where were you the day of the attacks?

For those who want a history review... the history channel is always a good place to start.

Enjoy the Journey!
XO Karlene
Posted by Karlene Petitt at 3:24 AM 0 comments 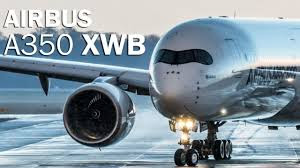 I am heading to Atlanta today, to take my test tomorrow! However, I took the old fashioned way of preparation and studied every day... sometimes at the lake, everyday on the elliptical, and often in a bath tub. I even made flash cards. There was lots of information to learn; however, I have proven during my doctoral research that a higher level understanding versus memorizing to pass a test will improve overall safety. In the long run, learning will carry to the airplane and expand to those novel situations that rote memorization will not.

Not only was I studying, but we were in the midst of a serious and ongoing heart problem with my husband. A week ago they ablated multiple points, isolated chambers and all was successful. Yesterday we had his follow up appointment, and he's doing great!  So then we went to the golf course and he had the best game all year (I did too), and today I travel.

From what I have learned so far is that the A350 is very smart, and the differences with the A330 are all improvements in design that make sense logical sense. 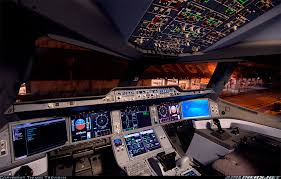 If you're learning the A350... and have questions please send them my way. I'll do my best to find the answers. Until then, I'll be updating my blog on a more regular basis as I take this journey into the next type rating.

Posted by Karlene Petitt at 5:31 AM 2 comments

Is Yours to Give! 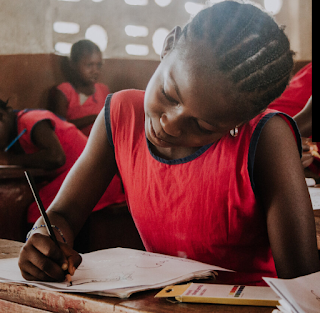 “All kids need is a little help, a little hope
and somebody who believes in them.”
Magic Johnson
The Bridge of Hope is in desperate need of resources of food, education, and health care for hundreds of needy children & their families in Sierra Leone, Africa. My childhood friend Geri Brown Jeffery has created a non-profit to help those in need in Sierra Leone. She has combined her love of God, her passion for life and care for humanity, and then built the Bridge of Hope for those in need in Sierra Leone. 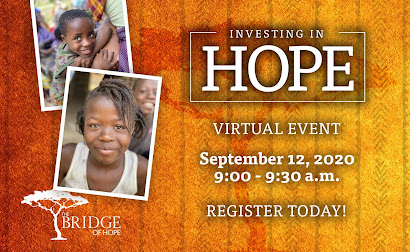 You're invited!
On Sept 12th she's hosting a virtual event that supports their efforts to help the people of Sierra Leone. She would love it if you could join her by watching virtually. It’s a great opportunity to learn more about the great work being done by The Bridge of Hope.
This is also a fundraiser. You will have an opportunity to contribute by donating a monetary gift or by making a pledge if you choose. There is no pressure to give, and no minimum or maximum gift requested. The funds raised on this day will be invested in saving and improving the lives of families living in poverty and hopelessness in one of the poorest nations in the world.
Sadly, I won't be able to attend on Saturday because I'll be in Atlanta in an A350 simulator on my third day of training. But you are all invited.
September 12, at 0900-0930 PDT
Giving 30 minutes of your life
Could change the life of others
for a lifetime!
Please let Geri know if you can make it by registering here:
Registration Form
As much as anything, they want people to come and find out about the wonderful ways the Bridge is saving and changing lives. During these difficult times, Geris says, "it is a blessing to be involved in making a difference in this world." I could not agree more.  While the world is in lockdown, we can virtually be there. I hope you can make Geri's event. And if so... I would love know your thoughts and we'll write another post to include them.  When the world opens up, we can take a road trip together and all meet in Sierra Leone! 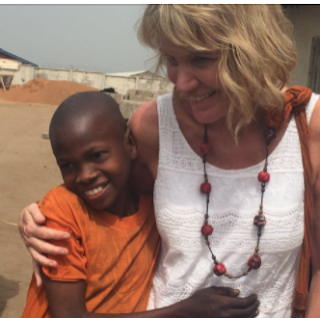 “There is no greater joy, nor greater reward than to make a fundamental difference in someone’s life.”
Mary Rose McGeady
Enjoy the Journey
And make it worthwhile!
XOX Karlene

Posted by Karlene Petitt at 10:42 AM 0 comments