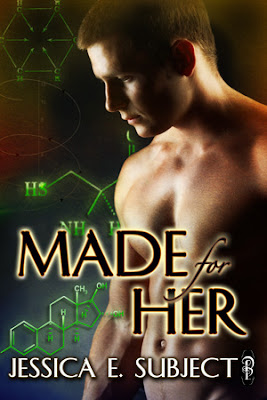 Enjoy the Journey!
XO Karlene
Posted by Karlene Petitt at 12:00 AM 19 comments

A Friend emailed me this story. I'm not sure where it came from, but I take zero credit other than sharing the story.

Australian scientists have discovered the perils of creating a multi-million dollar frozen runway in Antarctica – the airstrip is melting.

The government’s Antarctic research agency is searching for an alternative aircraft landing site for planes supplying Australia’s three bases on the frozen continent after the Aus$45 million (£29 million) Wilkins runway began to disappear due to unexpected surface melt.

Australia has three stations on the icy continent - Casey, Davis and Mawson - occupied during summer months by dozens of scientists and support staff, and the Wilkins runway, which was carved into 500m of glacial blue ice four years ago, provides a vital transport link.

The 4km (2.5 miles)-long runway, located near Australia’s Casey station, about 3400km south-west of Tasmania off the Australian mainland, was hailed when it was opened by then Environment Minister Peter Garrett in 2008 as revolutionizing the country’s scientific research capabilities.

However a melting surface has started to restrict use of the landing strip and the Australian Antarctic Division has announced they are now looking at alternatives for fixed-wing aircraft.
Other options being investigated by the organization include building a more expensive rock runway on the ice-free Vestfold Hills near the Davis station.

Penguins congregate on an ice floe near the runway on Wilkes Land,
near where the Wilkins Runway is located

“During the first few years since the introduction of Australia’s airlink to Antarctica in 2007/08 our operations have, on occasions, been hampered by glacial melt at the current Wilkins runway,” a spokesperson said earlier today.

“The Australian Antarctic Division will investigate a range of alternative or additional landing sites for fixed-wing aircraft near our three stations in Antarctica.”

The Wilkins Runway is operated by Australia on Wilkes Land, in the Australian Antarctic Territory.

It was initially predicted by the Australian Antarctic Division to provide 20-30 flights from Hobart each summer season, however only two flights were able to land over the 2010/11 season due to the runway being closed from December to February because of the melt. Four landed last season and six are planned this year.

The Australian bases are also serviced by ship but the journey can take up to two weeks, compared to the 4.5 hour flight from Hobart in Tasmania.

The US operates three runways in Antarctica, including an ice runway near the McMurdo Station which is constructed at the start of each summer season and is capable of handling wheeled aircraft.

Two degrees in 50 years?
That's enough to melt a runway.
Have you ever landed here?
Posted by Karlene Petitt at 12:00 AM 14 comments 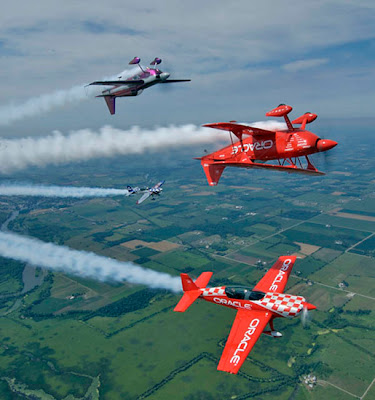 "I really want to be a pilot but whats really holding me back is the fear of flying alone... You need solo hours and I am so scared ... How can I overcome that fear? Can you please help me? That fear is holding me back from getting my private license. I don't know what to do."

This is something that will take time. But the more you learn, the more you practice, the better you will become. Be safe. Be smart. Follow your passion. And watch that fear melt away.

Have you ever been afraid of flying and became a pilot? How did you overcome your fears? 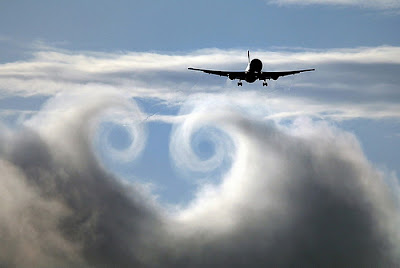 I can't take credit for the photo... and not sure who sent it to me, but this shows the power of vortices.

Last week I was on a flight home, 80 miles out of Seattle, and a rumble began like moderate turbulence. And then our 737 rolled about 40-45 degrees left, then back to the right about 20, and then left about 10, before the wings leveled. A plane had flown overheard and tried to flip us.

Can pilots be scared on a plane?
Yes, when they are passengers and have no control.

I arrived home from Hawaii around midnight last night. Photos from the trip were non-existent because my camera wouldn't talk to my computer. That shall be solved later in the week. This morning, I'm on my way to Oklahoma City for some NextGen testing.

How do I manage this busy and full life? One day at a time, and with a great Attitude. We have the control of our Attitude in a plane and on the ground.

What do you do to adjust your Attitude?

Enjoy the Journey!
XO Karlene
Posted by Karlene Petitt at 12:00 AM 17 comments 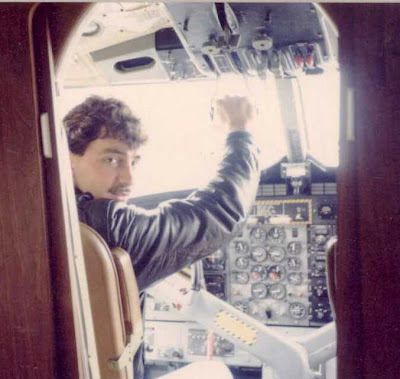