What Kind of Plane is Bob Building? 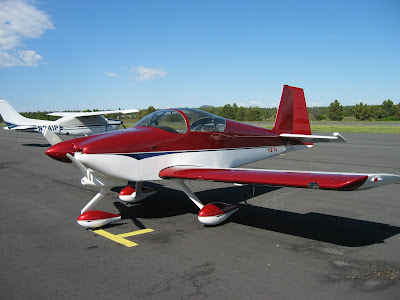 The RV-7 is a two seat aerobatic tailwheel aircraft.  Bob tells me he's about 90% done and he's "working his way through a list of final construction items in preparation for the final assembly."

When will he be flying her?
By the end of this year! 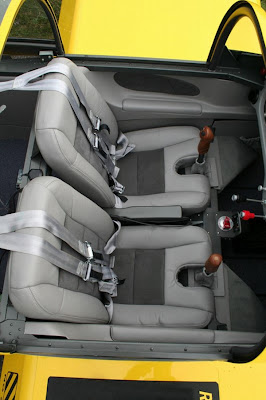 Why the Van?
Bob became interested in Van's airplanes by talking to several NWA Pilots who had RVs. He tells me there is a large group who fly out of Arlington Airport.
"After seeing one, I was hooked. Van's is the most successful kit built airplane in history with several thousand planes built and flying. So I was convinced that a novice like me could build one in my garage. I took some construction classes offered by the Experimental Aircraft Association and I started. It has been an incredible experience researching and building an airplane from a box of parts, but when the day comes to fly the airplane that I built, all the work will be well worth it." 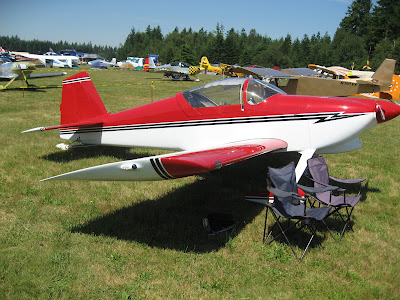 Van Aircraft  is located in Aurora, Oregon, just south of Portland, and there is a large community of RV builders throughout the world, and some have chronicled their building on blogs.

Bob already knows he has an invitation to fly during our Women of Aviation Fly It Forward event next March.  And Van Aircraft will be at Oshkosh this year... check them out.  I think I'll invite Van to our flying event too.
Enjoy the Journey!

~ Karlene
Posted by Karlene Petitt at 9:11 AM