Three days ago I showed up to work and who should be there? Bob Alexander. I actually had known he was flying the trip because I looked at the rotation before I left, and it was one of those moments when I said, "Yeah! I know for sure that my first leg is going to be great!"


What do we do in the flight deck on long haul flights? This time I interviewed Bob and we laughed about stories of the past.

Bob had no idea what he wanted to do with his life, so after high school he set out across the ocean to backpack across Europe with a buddy. But timing wasn't on his side... or was it?

The year was 1968 and Bob was drafted into the Army; where he spent the entire time in Viet Nam as a MP. 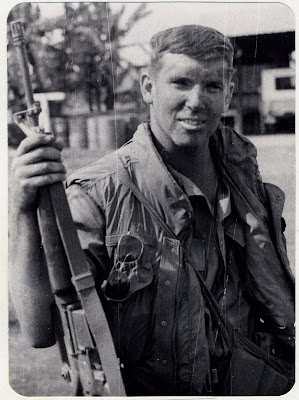 Once released from the Army, Bob attended college focused on becoming a math major. I still don't think he knew exactly what he wanted to do.

What's a good pilot story if their wasn't a woman involved? He had kept in touch with Janice while in the Army. She was a young lady that he'd met in high school, and they began dating when he returned. As it turned out, she was working at Western Airlines as a Flight Attendant.

Janice introduced him to some pilots, which at the time Bob thought to become a pilot you had to fly in the in the military. When he realized otherwise, he said that flying sounded like a great job. Janice said, "That's gotta be the most boring job in the world... telling jokes all night."

Once he'd learned that civilian's could fly he went to San Jose State and said, "What degree can I get in the shortest amount of time, with the credits I have?" He switched majors to economics, found a fight school, and then he and Janice married.


While attending college he attended flight school on the GI Bill. With his ratings he then be became a Flight Instructor in the Bay area. It wasn't long until he was flying for a charter company that sub-contracted an Aero Commander to Fed Ex.

He then went to work with Sierra Pacific and flew Jet Streams.


Then good fortune called by the name of Braniff in 1978!


He and Janice had planned carefully to begin their family once Bob's career was established. The year was 1980, he was working for an International Airline, their first child was born and then he was furloughed.

The airline industry is often about who you know.  Bob called his friend that he knew from both Braniff and Sierra Pacific, and asked him if he knew of any jobs. As it turned out his friend happened to be hiring for Apollo Airways, and Bob was hired to fly the jet stream once again.


Within a year another friend called, telling him about this new airline that was starting up in Seattle. Alaska Airlines. They needed to hire pilots who were current on the 727 panel. Bob fit the profile. He never even filled out an application, they just brought him in for an interview and hired him. 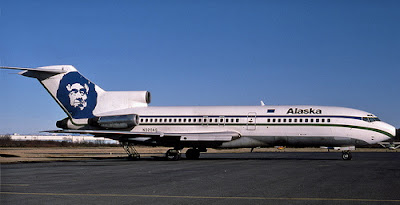 He'd been working one year with Alaska, and his daughter had just been born... then Bob quit. Quit Alaska Airlines? But of course... he wanted to fly international in a wide body. And that he did. He joined Northwest Airlines and had a great career!

He began his Northwest Airlines career as 727 Second Officer for 10 months then moved up to the 727 First Officer position. 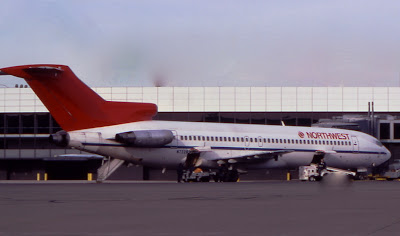 He found the 747 in Seattle as a Second Officer.

Then a 757 First Officer 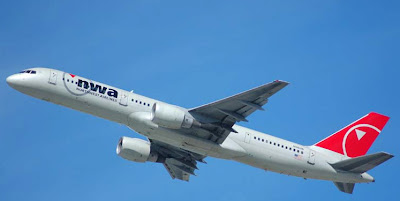 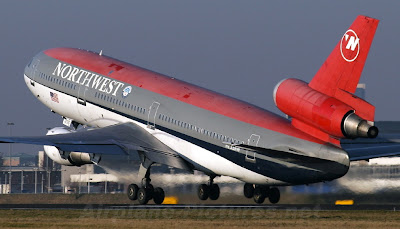 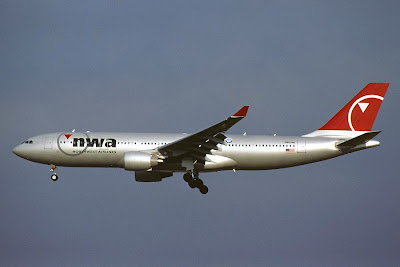 It wasn't long until he was flying the Boeing 747 as Captain, and had a great 12 years before they sold their planes. 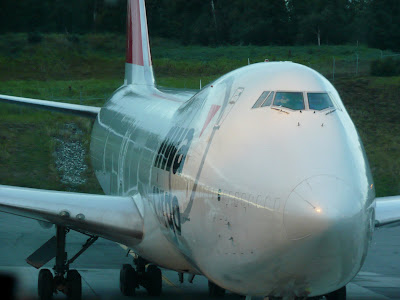 This is where I first met Bob. I had the great opportunity to be his second officer on the classic whale, and a fun time running around Shanghai with he and Yukon Jim. 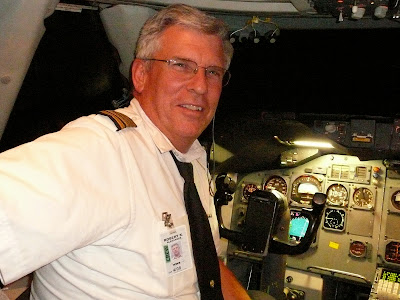 Bob was always a pleasure to fly with, but it was so much more fun being his first officer. 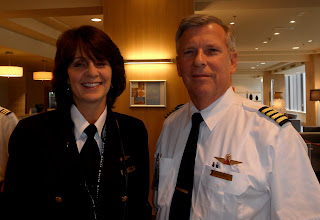 Bob has been flying as an A330 Captain for the previous year; his training was one month behind mine. This will be his last year flying. He's taken the buy-out that Delta offered.

When I asked him what he's going to miss the most, he said, "The people I work with. Where else can you get paid to sit and chat for several hours and get to know your coworkers?"

I doubt he'll move far from aviation. He's building a plane, and I'm hoping he'll bring it down to Renton next year and fly women at our flying event. His Brother is a captain at SWA. His dad, Bob Senior, is a docent at the Seattle Museum of Flight after a long career as an engineer at Lockheed, his daughter is finally making him a grandfather this year, and his son, well... more to come on him next week. We could say he's following in Dad's foot steps.


It was great to fly with you Bob. And thank you for the takeoff, and the laughter across the pond. I will forever carry with me the visual of you with a towel on your head and candle in your ear.