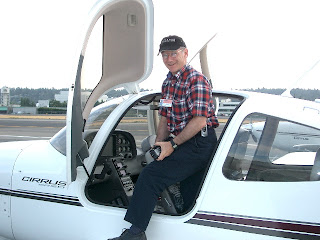 Peter Morton
A 42 year career with Boeing and Peter retired as a Vice President--- but his life continues to soar.

Be it flying Young Eagles, working with the Seattle Girls Schools and Aviation High School, or flying a Cirrus on behalf of the  Centennial of Women Pilots , Peter gives it all--- and then some.

1958--- Peter joined Boeing as a ground school instructor on the 707 and was tasked with teaching systems and high speed swept wing aerodynamics to the most senior pilots, and management pilots, too. For all pilot instructors--- you know the challenges that presented.

Peter says, "Helping them get sufficient knowledge was a challenging and fun assignment; especially in the era that preceded flight training devices and simulators."

His greatest challenge--- "Working with the airline flight crews and helping them transition into these oh-so-different airplanes called jets."

Apparently they had a primitive cockpit procedures trainer where the instructor turned dials on the instructor station to set airspeed, heading, altitude... etc. But flight training occurred in the jet.

Over the years he held assignments in--- 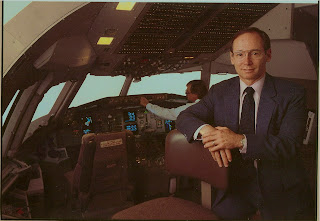 Peter Morton B757
Flying as a teenager, Peter was one of those kids who got his pilots license before his drivers license. He was the President of his college flying club, which owned a Luscombe--- wheels in fall and spring, skies in winter--- and a Stinson Voyager. And then he went to work for Boeing.

Unfortunately his first thirty years at Boeing he stopped flying. It's hard to live your passion when you're working for a living. When Peter became the director of customer training a good friend of his, a British Airways pilot, said,"Morton, you have 80 pilots reporting to you and you don't fly. Why do you expect them to listen to you?"

He got his instrument and multi engine ratings, and went through the 757, and later the 777, transition programs. For awhile he was listed as second in command in both those aircraft. At the time, Boeing donated simulator flights to charity auctions and Peter made himself the demo pilot. He accumulated several hundred hours as an instructor for groups such as the Make A Wish Foundation and "big ticket patrons" such as Bill Gates. "I learned pretty well how to judge the natural stick-and-rudder talent of my auction customers and met some fascinating people."

How did I meet Peter? He volunteered to fly at our December 5th Fly It Forward event, and flew at least 8 flights in a Cirrus. Not only did he fly, but the night before the event he created a power point presentation with a flight plan that took the women and girls for a significant flight--- More than the 10 minutes we'd advertised. All pilots used his plan, and we flew 173 women and girls, safely, thanks to this man's organizational skills. 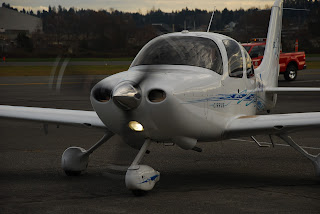 With a partner, Peter once owned a very early Cirrus SR-20 which he flew for seven years. But last Sunday the plane he flew was a more modern Cirrus SR-20---  from the Boeing Flying Association! How many people do you know who will rent a plane and fly all day creating miracles for others?
Peter did. 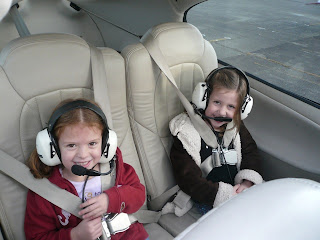 Why does he volunteer with the Seattle Girls School and Aviation High School?


"I believe I have both the obligation and the privilege of helping the next generations have as exciting a career as I have. There is nothing quite as wonderful as seeing the light go on in a young person's eyes, and it does wonders to keep me thinking young." 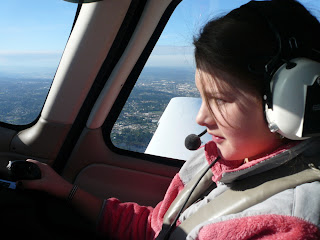 He supports the Young Eagles, and has flown over 150 kids!

"I believe that a Young Eagles flight can be a quality experience, provided there is as much invested in the ground portion before the flight as there is in the flight. The most gratifying flights are those in which the Young Eagle can actually fly the airplane, so I prefer it to be a right seat experience, though for the very young, seeing the earth from the sky from any seat may be a satisfying flight. For many years at the Seattle Girls School, every eighth grader got a robust Young Eagles experience at the start of their middle school year."

The Young Eagle program started in 1991 to fly 1 million kids to celebrate the Wright Brothers Centennial--- Peter has been involved for a decade. His support of our community is inspiring and contagious. 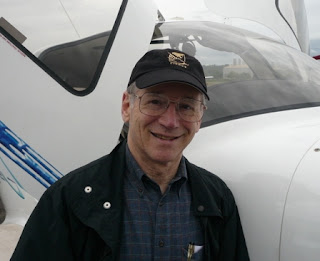 I asked Peter how other people can reach out to their communities. He said, "Follow the lead when someone provides the opportunity to use aviation as a means to inspire a 'responsible, challenging, fulfilling' life.  Remember how you talk to ATC... you tell them 'who you are, where you are, what you want to do.' Well, that is a life motto as well, and if you can persuade or enable a young person to see that perspective, you will also be fulfilled."

What made Peter join Fly-It-Forward?  "This event instantly got my imagination, and of course I had the added persuasion from Anne Simpson; one of many 'she who must be obeyed; persons of the wiser gender that men would be well advised to heed. Karlene is two bundles of energy and creativity, I love to follow the leadership of people like that."

What can you do to inspire someone today?

Remember the Fly It Forward contest to win $100 is still going on until December 31st!

Thank you Peter for the opportunity to follow your lead and inspire others. You are my inspiration. I am so happy we met! 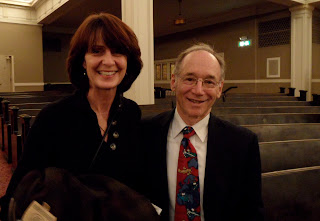 Karlene and Peter
Fly safe everyone!

Karlene
Posted by Karlene Petitt at 8:55 AM