Our superstar, and very own Santa, Austin Watson has been flying his plane in lieu of his sleigh in honor of --- The gift of flight for women and girls. Yesterday he took to the sky again. 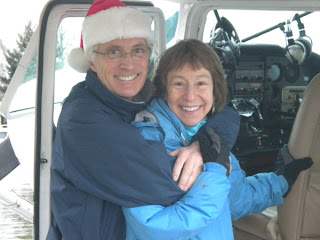 Austin and Beth
Austin flew 12 more women today. He tells me he had to quit when wind gusts were reported at 25+. He said, "It got pretty sporty and right thing to do was stop." 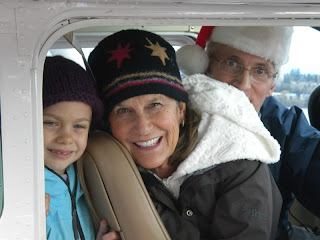 Hailey and Priscilla (Austin)
"It was definitely not first flight experience weather by the time we stopped." 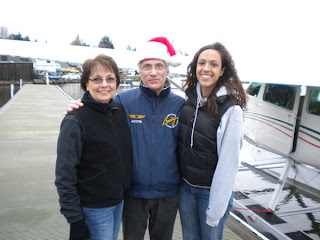 Phyllis, Austin, and Fran
Austin says, "Lotsa bad WX  coming our way this week. Think I got last possible ride in for a few days at least. Will fly again if WX cooperates."  Austin, I hope your wrong on the bad weather. 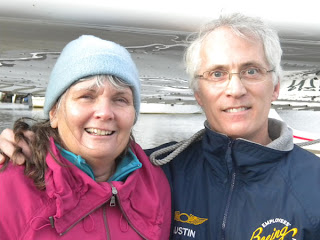 Jill and Austin
Mother nature must be on our side. We have 86 women scheduled to fly on the 30th and 31st.


Someone asked Austin, "What does CG mean?" He said,  "well it depends, In aviation it is Center of Gravity, otherwise if I'm hanging out with the boys, it is Cute Girls." Austin... I'm thinking it could be Cute Guys too. Maybe Cessnas Go!

Our Santa dropped by Renton Tower and gave them Christmas cookies--- homemade by his mother-in-law, and thanked them for doing such a great job in helping us.  In turn, they said that "we did a great job too."

Austin, you're doing a great job!

It's midnight at home now, so that means only one thing. Time to climb into my Airbus and head into the sky.