To Those Who Fix Planes

I am sure a lot of you are mechanically inclined. I'm not so much. When I was five, I was reputed to tear apart clocks only to fail at putting them back together. That seemed to bum out my mom for some reason. While I'm not much of a fixer, I certainly know how to operate machines. Still, I don't understand machines the way guys who fix them do. Maintaining anything, especially an aircraft, can be poetry in motion. It can be artistry. It can be a lifestyle. This week's article is about those who fix our aircraft. 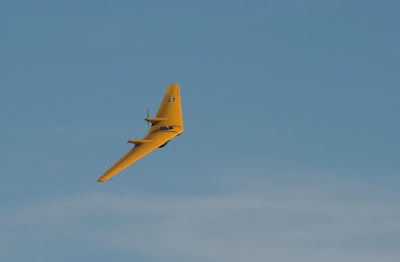 I happen to be lucky right now. I fly two totally different aircraft, the C-12 and T-38. They are maintained by two completely different contract maintenance organizations and they are both awesome. The C-12 has a two man crew who reports to a mothership maintenance headquarters somewhere in Mississippi. Mostly, they're allowed to do their job without much intrusion because the mothership knows that, historically, our two guys have been very successful at keeping their aircraft top-notch and ready to fly. The result: the C-12 is constantly ready and rarely suffers unexpected issues.

The T-38 is maintained completely differently. There's a substantial organization that maintains our T-38's here in a pool of other T-38's. While it's not the biggest organization, it is much larger than the two guys who work on my C-12. It's more traditionally organized as an aircraft maintenance unit. Of course, nothing is perfect. The T-38 doesn't always work the way it's supposed to. What do you expect for a 50 year old aircraft? Despite all that, these guys do a great job. One reason I think they're so awesome is because they take serious pride in their work.

This was totally obvious this past Friday. I flew a Functional Check Flight--that's Air Force speak for a maintenance test flight--on an aircraft that hadn't flown in almost two years. This aircraft was reconstituted from a group of T-38's on loan to and then returned from South Korea. I was told this particular aircraft was troubled right from the start. Cracks were found, gremlins were resolved, issues were taken care of. It was a mess and a gigantic amount of work to restore to Air Force standards. To this maintenance crew, it was more than a simple job. It represented a major portion of their lives for the last couple of years.

Friday was our third attempt at flying this jet. The first attempt ended when one engine flamed out because the throttle was pushed against the idle stop while still parked in the chocks--the throttles were out of rigging. The second attempt ended because the main attitude indicator displayed a permanent 20 deg right bank. Not a big deal on a VFR day, but still a no go. Big Bruce, our avionics tech, fixed it with a change of the aircraft's ancient gyro. By this past Friday, all was ready.

Since I was flying this later in the day and it rained the night prior, I was told Big Bruce started the ground power unit and fired up the T-38s' avionics every hour on the hour. He claimed he wanted to warm up the systems--which can be really important with these older instruments, especially after they get wet--and check to make sure they all worked prior to my arrival for the flight. Of course, I ribbed him a little when I showed. It was a matter of pride to Bruce that everything work the first time.

I went out to the jet just outside the hanger without fanfare. A couple waves and hello's to people here and there working on jets. Pre-flight and ground ops were totally uneventful. When I taxied, I finally looked up to see a group of technicians had gathered while my head was down in the cockpit. They stood in a line at the entrance to the hanger to watch me head off. In my quick glance at them, it struck me there weren't a lot of smiles or waves going on. I wouldn't say they were worried, but there is always an awareness when any jet hasn't flown in a long time.

The flight went off without a hitch. Even though it had not flown for more than 500 days, the jet was in fantastic shape. Sure, there were lots of little things not quite right, but nothing major was wrong. In fact, it flew very straight, which is a small surprise with any T-38.

When I flew the jet, I didn't know any of its history. I didn't know the long hours and extensive effort our maintainers put into her. The long and detailed work history I read didn't mention the bloodied knuckles, the curse words, or the frustration at putting her back together. By the time I arrived, the jet had received a large portion of her technicians' waking hours over the last two years. It was a big chunk of their lives.

What can be hard to understand for us operators is the connection maintainers have with their aircraft. We might accidentally overlook the pride maintainers have in each particular jet. We might think it's just another jet, like all the others. But, the maintenance guy you're talking to has broken skin on her innards. The point here is: there's more to flying than checklists, turning wrenches, and procedures. There's something else at play here that makes it all work.

Quote (from the movie "Serenity"):

"Love. You can learn all the math in the 'verse, but you take a boat in the air that you don't love, she'll shake you off just as sure as the turn of the world. Love keeps her in the air when she ought to fall down. Tells you she's hurting before she keens. Makes her a home."

Note: "The image is of the M9M.  I think it's the last flying prototype of the early flying B-49--aka, the Flying Wing.  It's a fantastic little plane."
Posted by Karlene Petitt at 12:00 AM