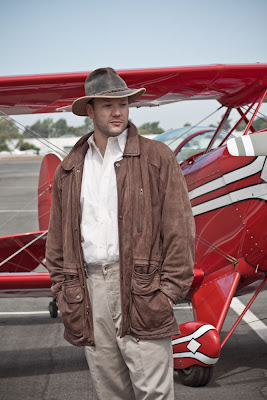 As many of your know, Ron Rapp is part of the Blogging In Formation team. The first week each month, the six of us get together and blog on the same topic. But more than blogging, Ron is a pilot that we can all admire.

Talent, dedication and commitment can only be attributed to a pilot who flies so many different aircraft. Unlike airline pilots who fly one plane at a time.

He makes his life as a pilot, but not for the airlines. He teaches, and is always flying some pretty cool planes. He is also married to the love of his life. Ron has it all, and then some. 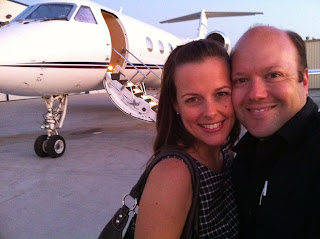 Ron Rapp is an ATP-rated pilot, who has experience in more than 50 aircraft types, including tailwheel, aerobatics, formation flying, gliders, seaplanes, turboprops, business jets, warbirds, experimentals, radials, glass panels, and more! But how does he make his money?

Ron Rapp: "I guess you could just call me a contract pilot and instructor. I'm currently flying the G-IV, a few types of King Airs, and a wide variety of GA aircraft. I looked through my logbook and the most recent page had a turbo Saratoga, Pitts, Extra 300, Diamond DA-40, RV-6, RV-7, Gulfstream, DA-42 TwinStar, and the King Air. I'm kind of all over the place, but it keeps the days fun and interesting."

He has logged over 6,300 hours in the previous 15 years by doing a wide variety of things. He has volunteered with Angel Flight, written mile-long messages in the air as a SkyTyper, crop-dusted with ex-military King Airs, has flown across oceans in a Gulfstream IV, and tumbled through the air in his Pitts S-2B. If 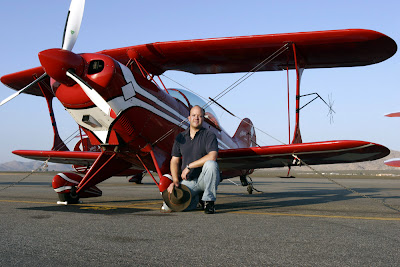 Ron has also owned three aircraft and says, “thankfully not all at the same time!”

More bragging rights—Ron is also an accredited National-level judge! He also had 2,500 hours of dual instruction, teaching recreational and competition-style aerobatics to students in the Pitts, Extra, Decathlon, Eagle, other such aircraft.

He tells me he has a “particular fondness for the RV series and has instructed in the RV-4, 6, 6A, 7, 7A, 8, 8A, and 9.” But he has also logged nearly 1,000 hours in the Cirrus and Columbia/Corvalis series and is intimately familiar with glass panels ranging from the G1000 to the Avidyne Entegra, Dynon SkyView, and others. 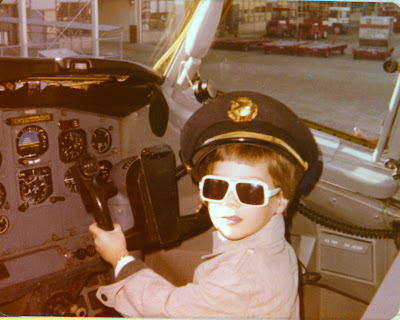 Ron’s spark to the passion of aviation came at the age of 6 or 7 years old on a flight from Los Angeles to St. Louis in a Boeing 727.

Ron Rapp: “In those days, people were allowed into the cockpit during the flight, and after a few minutes with the pilots and a chance to sit at the controls after landing… well, the rest is history.” 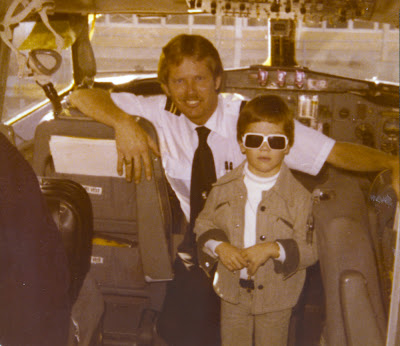 Ron Rapp: “That's not to say I didn't fly before that, but I didn't pick up the ball and run with it until I was 25.   I started scheduling lessons 3-4x/week and never stopped flying at that pace.”

Ron is a pilot who took his tragedy and turned it into opportunity. His story is unique, and he counts his blessings daily, as we all should. 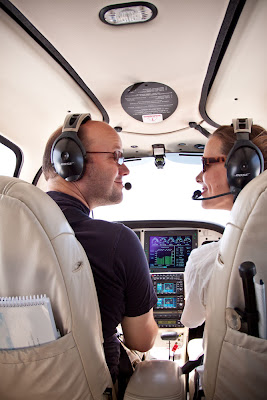 Ron Rapp: “When I learned to fly, I had an abundance of both money and time—something that is extremely rare among students. I didn't realize how blessed I was in that regard until I started instructing. Then I realized that most students had either the time OR the money to fly, but rarely did they have both. The youngin's typically have plenty of time, but the cost is a limiting factor. The more established individuals, especially along the Orange County coastline (Newport Beach, Laguna Beach, Huntington Beach—basically any place with "beach" in the name) have plenty of funds, but their time is often extraordinarily limited due to family and work obligations.”

With a pilot who has achieved such success with his career, I had to ask him what his greatest struggle was. 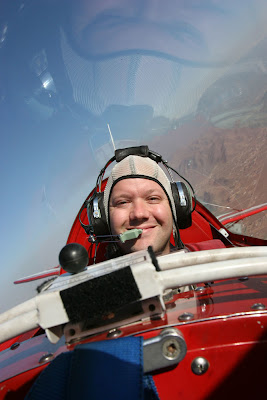 Ron Rapp: "My greatest struggle was simply with patience. Learning to fly can be a frustrating activity for Type A personalities. I'm not sure that I'm "Type A", but when I decide to pursue something, I do put 100% of my focus and energy into it. Learning to fly required patience due to maintenance activity, inclement weather (SoCal is famous for coastal stratus), instructor availability, and so on. Having said that, I realized early on that this was a barrier and so I decided to schedule 2 lessons for every 1 that I expected to fly. That way if I encountered poor weather or a grounding squawk, no problem. I always had backups planned. It worked beautifully.”

Being that most pilots have a type-A personality, I suspect many struggle with the patience aspect of of flying. Whether it's training, building hours, or the need to be at their final destination. My advice... remember it's a journey.

Please take a moment and leave Ron a comment here. Then click on over to his blog and see how Ron turned tragedy into opportunity, and more on how he started flying, in Looking Back. You will be connected to his website: The House of Rapp.

Thank you for sharing your story Ron. I'm hoping you will be my instructor when we find me that perfect plane. Also... click on Ron Rapp and see how to connect with him on Twitter, Facebook and other social media locations.