BIRTH OF A NATION

Happy Fourth of July, everyone.

Today is the day the United States celebrates the signing of its Declaration of Independence from Great Britain. As aviators, it can be a busy day, whether you're flying for fun or work. Today is the day large crowds gather at sporting events. Fly-by's are common. If you're in the emergency services field, I'm sure you're very busy. It's the nature of things when we all take time off from our normal grind that emergency services become more employed and needed.
If you're in the military, you're likely missing the celebratory fireworks. You could be flying in direct support of others in harm's way. You could be traversing the globe carrying people and "beans" to wherever they need to be. If you aren't working and are flying for fun, you will be enjoying the fruits of one of the more progressive recreational flying environments in the world. It's a great day to celebrate, the Fourth. 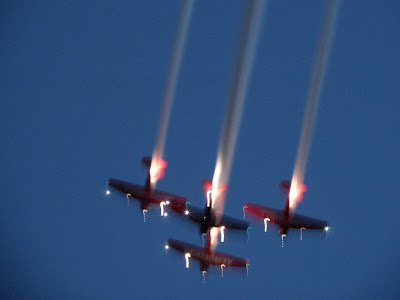 I've celebrated this day many different ways. I've watched my share of fireworks, including the spectacular 200th birthday party on the Mall in Washington, D.C. (As an aside, I've also spent plenty of time in traffic jams after the fireworks were done.) I even visited the National Air & Space Museum in 1976, just after it opened. Jaw dropping, is the feeling I remember most from that day. (I also remember the incredible crowds at that amazing facility.)
I have also been overseas on the Fourth, in countries where it is just another day. Despite that, we always seemed to find ways to gather as Americans and celebrate with a barbecue. There were plenty of times when my friends and family gathered at outdoor concerts that inevitably ended with Tchaikovsky's "1812 Overture." The cannons, smoke, and fireworks at the end of the overture seem to fit with our annual birthday celebration. By the way, the overture has an interesting history that has nothing to do with the United States and our War of 1812.

My favorite Independence Day memory is from my time stationed at Kadena AB in Okinawa, Japan. The winter monsoon was in full force when I arrived in February. This was quickly followed by the Rainy Season in spring, which lasted until the end of June. I remember having to fly an instrument approach at the end of every flight from February to July. While it wasn't raining all the time, everyday it rained hard. As in, sheets of rain hard. The only time I got a clear view of the sun then was when flying above the clouds. It's clear why there's a constant battle with the jungle on Okinawa. It's the rain.

Just to give you perspective on how hard the rain fell, I was standing in the Burger King on base when one of these storms rolled through. I was staring out the window barely making out the other end of the parking lot when a manhole cover goes shooting into the air, propelled by a huge gush of water. Seems a big surge of water came rushing down the hill and pushed drain pipes underneath the Burger King parking lot. Something had to give. It was the manhole cover. 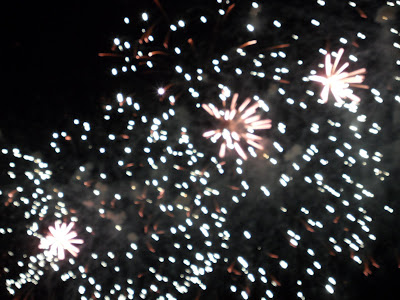 By the time July rolled around, we all welcomed the end of the Rainy Season and the chance to be outside without being drenched. A couple of our squadron-mates owned a sail boat, which they kept at the base marina. On the Fourth, I recall it might've been the year's first sailing. We spent the day cruising up and down Okinawa's eastern shore. I am definitely not a sailor. I might make a better anchor than shipmate. (I know my buddies from then are nodding their heads in agreement.) This was one of my first ever real boating experiences and I remember it very fondly.

After the day on the water, we returned to the marina to replenish cargo and passengers, then sailed back into the night. On the dead calm water, we sat offshore from Kadena and watched the fireworks. I’d never done that before, watched fireworks from water. It was calm and quiet except for the distant fireworks. Hanging out with great friends: overall, just about the most perfect day anyone could ask for.

I still stay in touch with most of those who went sailing that day. We were overseas on an island where this and other epic adventures made for long-term bonding. I smile a lot about those days. Celebrating the Fourth takes me back, and makes those memories even more special. 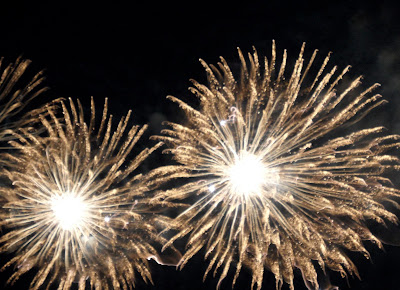 What are your special Fourth of July memories?

Tom Hill
www.tom-hill.biz
Posted by Karlene Petitt at 12:00 AM