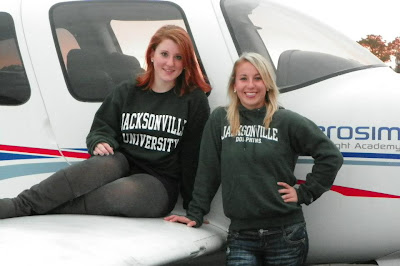 Beauty, brains and they fly too! These ladies are not your ordinary run of the mill college students. Times are a changing, and there is no limit for women who fly.

In 2011 we got to meet Katja while she was still in high school, and coordinating a fly-it-forward event. Today she is flight instructing, approaching her senior year in college and flying her second race with the ARC . And her co-pilot Amanda learned to fly in Washington State, she's a pilot, jumps out of planes and is headed for the Navy.

Katja and Amanda will be flying in the ARC beginning June 18, 2013 in Pasco, WA, to Fayettville, AR. 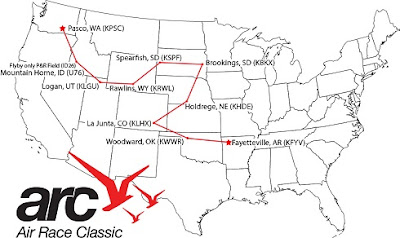 But how did these ladies become interested in the sky? Their stories are unique as they are. 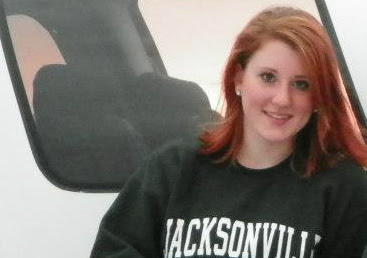 "I didn’t become interested in flying until spring break of my sophomore year in high school (2010). While on break, my family and I were staying in Tampa. We went to the MOSI museum and viewed Operation Red Flag: Fighter Pilot in an IMAX dome theater. The film was about Air Force fighter pilots learning to stimulate a war without actually killing each other. It featured plenty of cockpit shots, aerial combat, and midair refueling. Being able to watch the dome setting gave the impression that I was sitting in the cockpit with the pilots—it was love at first sight.

I later talked to my. cousin (a load-master in the AF for C117s) about my new found love. My cousin is also a CFI, so he was thrilled to hear of my new interest. He sent me his old private pilot books/DVDs and words of advice for success. As if I wasn’t lucky enough to catch the aviation bug, I soon found out that my high school offered a two-year private pilot course where you were able to obtain your certificate. It didn’t take me long before I decided to enroll; I couldn’t have been more ecstatic… although, I do remember being hesitant about financials because the course would cost me a mere $600 (I laugh about that now). 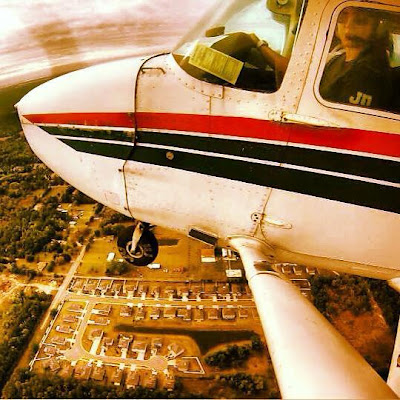 I started my junior year and the private pilot course in September of 2010. Two weeks into school I accepted that I was all gung-ho for aviation and that without a doubt it was the career path for me. I realized that I wanted to progress further in the industry quicker, so I chose to graduate high school a year early. My junior year only lasted two weeks, I was now a senior. This decision was probably one of the most difficult of my life because I had to give up so much to succeed.

I quit the field hockey team, I doubled up my schedule to take all of my required classes, I enrolled in night classes, I began working on a 5 month senior project, and I was flying at least three times per week. All of my hard work paid off though. In May of 2011, I watched my senior project unfold as I held a Women in Aviation event at the local airport. On June 20th, 2011 I had finally become a private pilot. June 24th, 2011, I walked across Rondout Valley High School’s graduation stage and accepted a regents diploma with high honors. 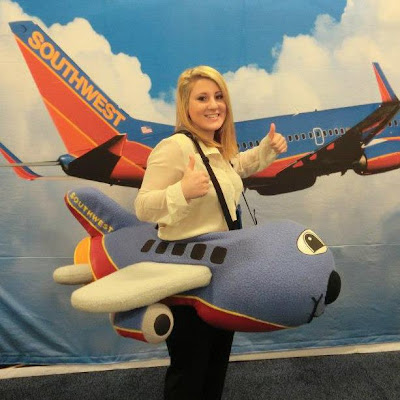 While in the midst of completing my senior year, I was looking at colleges. I made a trip down to Florida with my mom early in 2011 to visit Jacksonville University. When I visited Jacksonville University I fell in love with the university. I just had that feeling that it was perfect for me. I confirmed my enrollment and began my studies in August of 2011, majoring in Aviation Management & Flight Operations.

Since then, I’ve earned my Instrument rating, Commercial Multi-Engine certificate, and I’m about to finish up my Commercial Single-Engine add on. I will hopefully be starting CFI shortly! This upcoming Fall semester will be the start of my senior year (yes, graduating early again). I’m the president of our Women in Aviation Chapter, Treasurer of our Alpha Eta Rho Chapter, Historian of our flight team, an active member of Alpha Omicron Alpha, and a Teaching Assistant for the Aviation Department.

I was fortunate enough to be able to race last year as one of the two Jacksonville University teams. I race because of the experience. It’s not very often that you’re able to get 100+ fantastic female pilots together all racing in small aircraft, literally, across the country. As a pilot in training, being able to experience something so grand without a flight instructor is incredible. It really puts your knowledge and skills to the test. How well we apply all of the knowledge we’ve acquired in school is crucial in determining how we compare to the other teams. It’s an honor to be able to represent Jacksonville University again and I look forward to another extraordinary race in June!" ~ Katja. 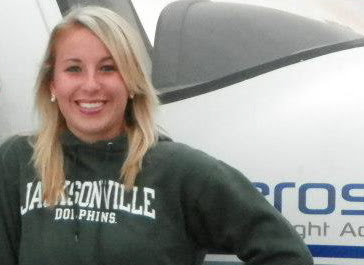 "I initially began flying by taking two flight lessons in Washington State in order to ensure that I enjoyed flying before I decided to commit to becoming a licensed pilot. Before my initial flights, I had decided to become a skydiver as well. Due to my prior skydiving experiences, I knew I would be happy in the sky, motivating me to strive for my dreams and become a pilot.

Since then, I have accomplished becoming an instrument-rated private pilot and am working on my commercial multi. Also, I have simultaneously worked to stay in the sky the way that initially led me to my passion for flying: I now have obtained my USPA (United States Parachute Association) ‘B’ License and have 145 skydives and 3 base jumps. I have always had a passion for adrenaline and controlling motorized vehicles; for example, I raced dirt bikes and quads growing up. The career and lifestyle aviation offers satisfies all of this for me personally. 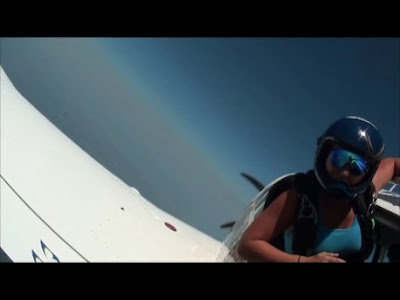 I wanted to take advantage of the opportunity to be a competitor in the Air Race Classic for many reasons including having an amazing time, satisfying my inner competitive racer (prior dirt bike and quad races), and overall gaining an incomparable aviation experience. I have never raced airplanes before; however, I feel as if this will be a reoccurring theme. I am looking forward to seeing the country and being responsible for a half a million dollar airplane (Cirrus SR20)! 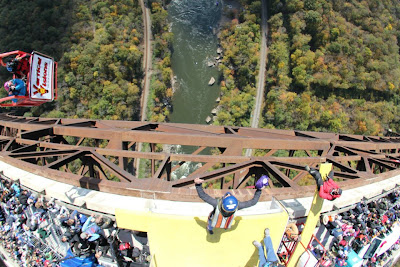 I have been able to accomplish the things I have due to the opportunities the Navy has provided me via an NROTC scholarship. I am eternally grateful for this and plan to serve as a commissioned officer and Navy pilot beginning May 2014."  ~Amanda

Okay... there you have it! Two great women who are doing amazing things. Please join me in wishing them the best of luck to these incredible women in the Air Race Classic.