Have You Ever Been Behind? 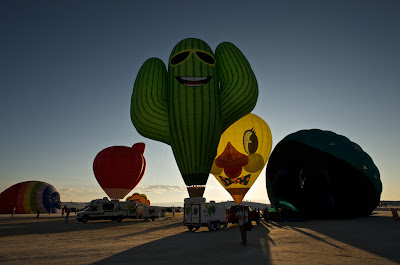 Of course, I'm talking about being behind in an aircraft. All of us have been there. You probably didn't know it when it happened the first time. At the time, while the airplane was winging its way towards the wild blue, you were probably still sitting in the chocks. Sure your body was in place. Your hands were on the controls. You might even have been talking. But, whether your brain was in sync for what was to happen next - that's a different story. Being behind, your brain was still back there on terra firma.

It gets exciting when your internal pilot assesses the timeline but events are whipping by way too fast to read. Of course, not being able to assess the timeline doesn't slow things down. Things might even speed up. By their nature, these timelines are impersonal and incessant.

Being behind isn't fun if you're by yourself. Bad things happen when your brain isn't in sync with what's going on and no one is there to help. Fortunately, we learn how to keep our brains up to speed by flying with instructors. With good instructors, we keep the mentally overwhelmed feelings at bay. Flying with instructors allows us to make mistakes and learn.

As bad as it might be when you're behind, there can be some good in throwing someone feet first into the deep end of high performance flying. As terrifying as it is to keep up, there is much goodness in having first-hand experience operating safely even though stuff is coming at you fast and furiously.

I used to teach a demo-flight in the F-15 during which we introduced the concepts of propulsion flight testing. Of course, we could have used any aircraft for this ride but the F-15 was especially well-suited because of its dual engines and high performance. Lots of learning can happen when you're hanging on by your finger-tips, getting the job done. This is the whole point of this post.

The flight required the student to put the F-15 into high-g, supersonic, or high angle-of-attack conditions throughout the exercise. The whole mission was highly scripted, as in, "Achieve these conditions, do that with the engines, then move onto next test point." Critical thought during the flight was not a mission requirement. Unlike many of our missions, this was dramatically tuned to, "Do, don't think." An important side benefit of this approach was to show the student, "If you keep fighting, you can keep up."

Even though I was there giving direct instructions--"Maintain 30,000 ft and 0.9M, now snap to afterburner, ramp to idle, pause 10 seconds, maintain conditions!"--you could tell when students began to get behind. The first things to go were simple tasks like talking on the radio. The next was flying the plane the way we briefed. This was soon followed by no communicating inter-cockpit. I normally took the aircraft before the student regressed to inability to respond to any direction. Most guys, after a short pause, snapped into sync in no time. I'd give the aircraft back, then continue on with the mission.

This mission and its lessons were especially important for the non-fighter guys in the class. The fighter guys were much more used to high performing environments and were typically less prone to being overly saturated while flying aggressively. The guys who previously flew cargo, passengers, and the like, had entirely different learning points during this flight. They were ripe to learn, "Yes, you, too, can hang on by your finger tips and live to tell the tale."

During debrief, we would discuss the technical mumbo-jumbo of the mission. Then, for those especially afflicted with being behind, I'd reserve a few minutes to talk about what worked and what didn't in order to recover. Normally, this discussion was less about memorizing procedures and such prior to flight. The lesson I tried to impart had two steps: first, recognize the symptoms. Then, keep fighting. Keep fighting to stay up to speed. Keep fighting to keep priorities straight. Keep fighting to stay safe. Keep fighting and never give up.

There are two messages I want to get across with this post. First, you have to recognize the symptoms and hazards of being behind your aircraft. I think we all have good stories about this. The other message is: Yes, if you are behind, you can recover if you keep fighting.


Cheers
Tom
Posted by Karlene Petitt at 12:00 AM