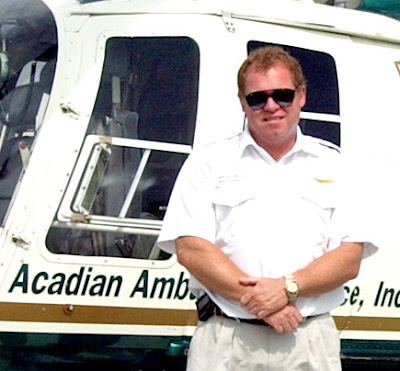 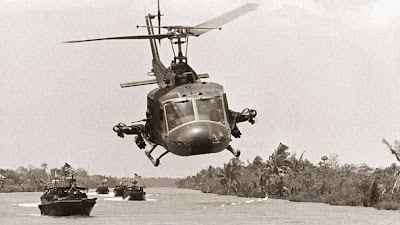 Today we're shifting gears a bit. From women flying the Air Race Classic... to an amazing helicopter pilot. For all of us who think that helicopters beat the air into submission, might be right. But it looks like a heck of a way to go. From mechanic to pilot and back again... Steve has had a great career. 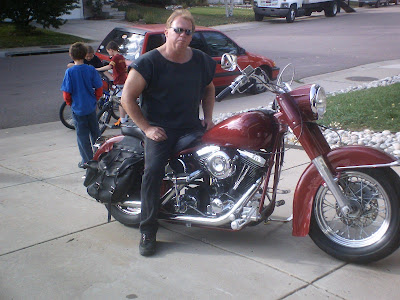 Steve began his flying as an Army training helicopter pilot honor graduate.  He flew OH-58 helicopters in Hawaii for his entire tour.  He actually started out in the Army as a Helicopter Mechanic on the Cobra in the 70's. 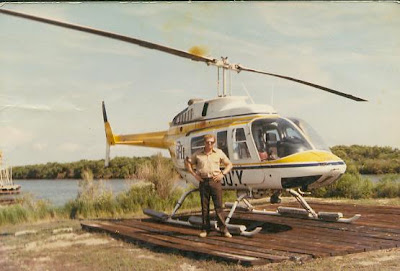 After getting out of the Army he flew for PHI helicopters,  flying crews out to oil rigs in the Gulf of Mexico.  Steve says, "It was fun in 100 mile per hour winds when we had to evacuate guys off the rigs as the oil companies waited until the last minute to do it. Not to mention flying over hundreds of miles of alligator infested swamps......single engine...." 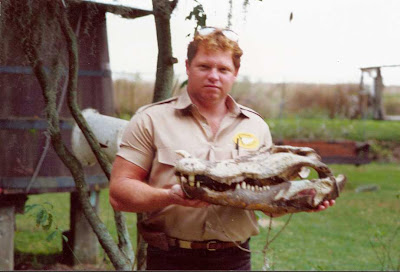 He then traveled to Hawaii after PHI and worked for a couple operators on Kauai and Maui flying tours to the waterfalls, beaches, and valleys.  He landed on a deserted black sand beaches on the island of Molokai. The north shore had the tallest sea cliffs in the world.  This was a beautiful tour by helicopter, as it was the only way to see it, as there were no roads. 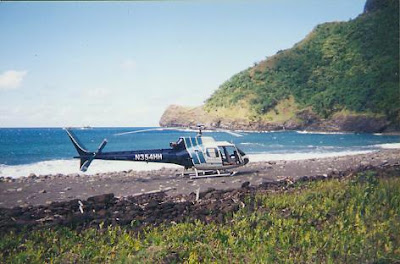 He became the Chief Pilot for Hawaii Helicopters.  They were the only company that every flew the Sikorsky S76 helicopter, the same as Donald Trump's. He is only one of three people to have ever flown a 76 around the Hawaiian islands.  He also flew many celebrities such as Keanu Reeves, and Vince Neil of the rock ground Motley Crue. 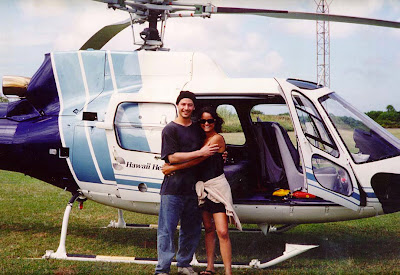 Who else has he flown?

For seven years he flew George Harrison, of the Beatles, back and forth from the airport to his house on the north shore of Maui, landing on his front lawn overlooking the ocean. In addition to celebrities such as Oprah Winfrey, Wayne Newton, Joe Montana and Kenny Logins, he flew Shawn Penn who Steve say's was actually very nice, as was Steve Perry the lead singer of the group Journey. He also flew Stevie Wonder and Tammy Wynette.

He flew many Pro Bowlers, and said, "Talk about taking off almost over gross!!" He flew many long tours from Maui over to the Big Island to see the active volcano of Kilauea. 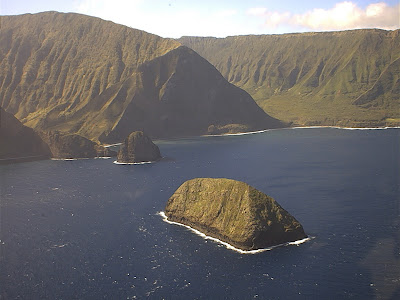 After twenty years in Hawaii and over 8,000 tour hours... it was time to move on.

"I got sick of the sun and took a job L. A. doing tours of Santa Monica Beach, downtown L.A., Sony Studios, Madonna's home, etc." 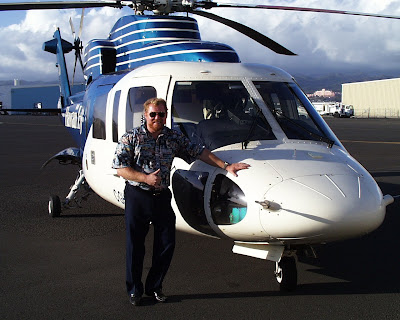 Steve became the Chief Pilot for Bravo Aviation flying out of LAX from the rooftop of the parking garage. Unfortunately 911 stopped the tour business out of that location for many months so he made his next move to fly Emergency Medical Helicopters or EMS. 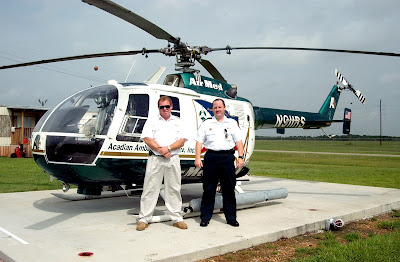 "We saved many lives over the years, landing in the most outrages places like right in the middle of Interstate I-10. Also flew off shore to pick up the sick and wounded if needed.  One flight I had to refuel 4 times as I went out to farthest oil rig in the Gulf of Mexico.  I had to top off at the last refueling pad, then just barely make it out to the "Deep Blue" and back to fuel again.  Then took the guy all the way to Texas. 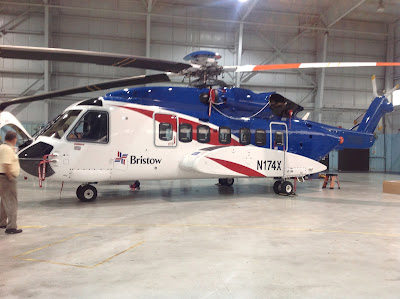 My medic was amazing.  We would land on a horrible accident scene and he would take control and somehow get the person packaged up and in the helicopter.  Night and day, marginal weather.  (Less than 500/1).  Believe me, if your loved ones were ever hurt, Kevin is the guy you would want to come take them to the hospital." 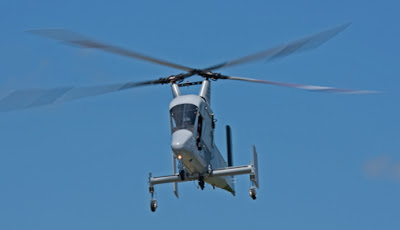 Steve found his mechanic history once again and went to work for the largest EMS operator in the world: Air Methods. After nearly 11,000 hours, he had trouble with his medical and decided to hang up his flying hat. 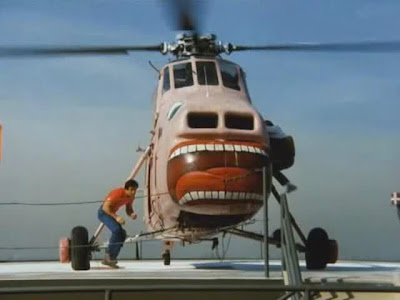 He worked for Air Methods in their maintenance hangar and overhaul shop before being offered a job as a Director of Maintenance at Helicopter Flight Services in New York. That's where his is today.

Hangar with their 9 aircraft.

Helicopter Flight Services provides tours of New York, the Statue of Liberty, etc.  His responsibility is to keep them flying and safe for their pilots. "Believe me, a much more technical and complicated job than flying." 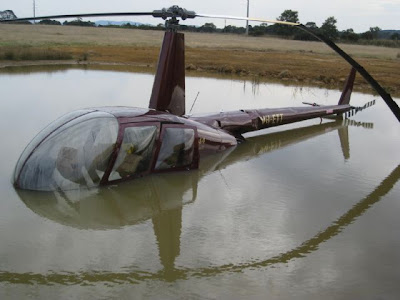 "When you are cheating death and gravity (flying), interesting things happen like the above picture (Wasn't me!). Guess they miss judged how deep the puddle was.  Something you jet jocks don't have to worry about like us puddle jumpers... " 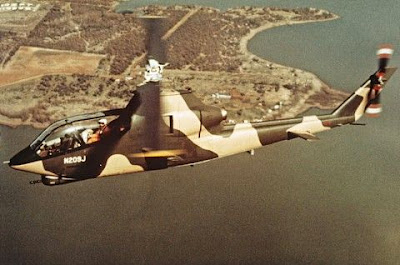 Life is all about the journey... and it's all good. Just ask Steve. Have you ever flown or wanted to fly a helicopter? Looks like fun to me.

Enjoy!
XO Karlene
Posted by Karlene Petitt at 12:00 AM