During the Centennial campaign, pilots worldwide introduced 1,647 girls and women to flying in 29 countries on 4 continents--- that’s 2% of the current worldwide female pilot population.

Renton Airport introduced 407 of those 1,647 girls and women to become the most female-pilot-friendly airport in the United States and 1st runner up in the World. 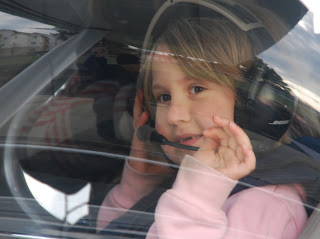 “Forever new frontiers”
In 1910, Raymonde de Laroche became the first woman to earn a pilot license worldwide. To celebrate the Centennial of Women Pilots (www.centennialofwomenpilots.com), Mireille Goyer initiated a campaign encouraging pilots to introduce a record number of girls and women to flying. 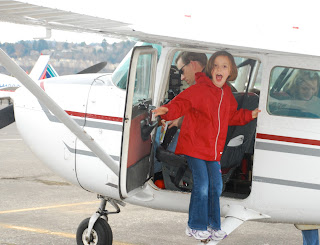 We Are At it Again!
As we build upon last year’s successful campaign, we are celebrating...


Women of Aviation Worldwide Week
www.womenofaviationweek.org
March 7th -13th 2011
The celebration of Women of Aviation Worldwide Week includes several challenges. Prizes are offered to participating pilots and passengers.
While the percentage of women doctors, women lawyers, and police women went from nearly 0% to around 25% in the last 100 years, the percentage of women pilots has stagnated at around 6% for decades. Recent studies have shown that some of the greatest hurdles for girls considering flying as a career are a lack of role models as well as a lack of marketing effort targeting girls and women.
You Can Make a Difference!
What can you do to FLY IT FORWARD?
Click HERE to see what Victoria Neuville is doing on March 12th!
And prepare for the launching of....
"Women With Wings"

Do you think Renton Airport will be planning something? I'm feeling it!


If you want to help with our event, please let me know.
Enjoy the Journey!

~ Karlene
Posted by Karlene Petitt at 4:58 AM