Yesterday I was honored to speak at an Amelia Earhart luncheon with the women of  www.ZONTA.  Monday I'll tell you more about that--- But today's Friday Flyer resonates the importance of mentors, and the power behind encouragement.

Gail never gave up and today she soars... because of the words of a role model who made her believe she could.


Gail has been flying since 1993--- licensed since 1995--- and the day before her wedding she took her  check ride for her private "power" license. A great wedding present to both the bride and groom.
She said that she wanted to fly ever since her uncle took her flying as an add-on in the back seat to a ride for her father, when she was around 10 years old---

"He flew some parabolas so I could experience zero g's and float a can of oil in the back seat. I loved it! However, with zero role models for women flying I was quickly discouraged by my 'lack of ability' diagnosed at lesson #2 and gave up on getting my license."


After she graduated school Gail met a Swiss woman at a workplace wine-tasting party and discovered that she was about to get her license. That's when she realized,  "I could try again to be a pilot."  At her new friend's celebration party for her private license Gail met the man who would teach her how to fly gliders--- and more than thermals were in the air, but love, and they became husband and wife.

"Since then, aviation has been a big part, and the best part, of my life. It was a great pleasure that I was able to take my uncle flying just a couple years before he died."
Gail and her husband worked their way through owning a share in an Aeronca Champ, to owning their own Cessna 170, and now, their current airplane, a Bücker Jungmann.


"Having terrible eyesight and an unfortunately long learning curve for psycho-motor skills I never considered having a career in aviation. Flying is my hobby, my sanity and my only saving grace from being an unrelenting introverted nerd. My husband, with endless support and patience, taught me to fly gliders, then power, then to fly aerobatics."


"That said, I truly love the way being a pilot empowers me. There is nothing that makes my day more than going flying. 20 minutes of aerobatics can resolve the worst mood, shrink a bad day to nothing and put a smile on my face for the rest of the day. And believe me, if I can learn to fly a reverse cuban, anyone can!"
"I've been a member of the 99s for 14 years and the ladies I've met there, as well as the fabulous ladies who flew in the early 20th century have inspired me more than I can say. Bessie Coleman, Beryl Markham and Pancho Barnes are heros to me. I have a small collection of books by or about women aviators of the last century. There are so many inspiring stories. Ann Welch, Amy Johnson, Gladys Buroker, Cornial Fort... " 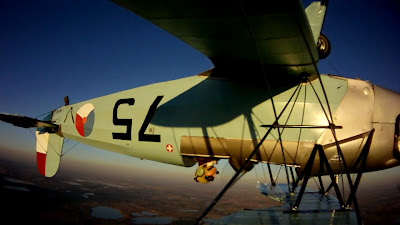 "There are so many women who had such wonderful courage and amazing stories. When you read the story of the 1929 Women's Air Race, aka Powderpuff Derby, (Gene Nora Jessen's book) you can't help but marvel over what incredible women these were. Yet what they experienced is still there for anyone to find. Louise Thaden wrote "There is nothing nicer than flying in a good airplane over pretty country on a beautiful day--you just feel so good, so exuberant, so, oh, I don't know but there is a feeling that you would like to beat yourself on the chest and emit several howls a la Tarzan, pure joy of being alive." 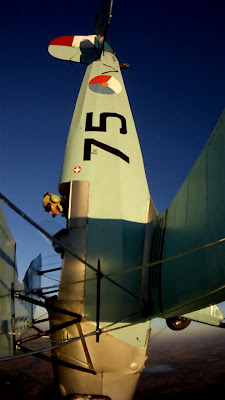 When I fly, I know exactly what Louise meant. I think everyone should experience it, even just once, to break free from the earth and celebrate being able to fly!" 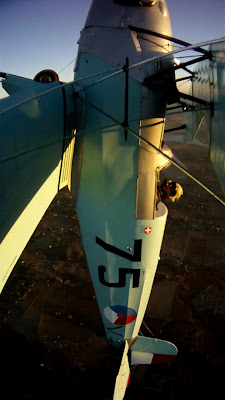 Best Flights:  Acro to start or end the day, flying formation with my husband, trips to aviation events flying formation with friends.
Gail is the example of why mentors are important, and believing in the power of women in large groups... 99! Encourage and support someone to fulfill their dreams today. You, too, will make a difference! She made a difference Flying It Forward during the Centennial of Women Pilots events.
Click here to see an amazing video of Gail making a difference.
Click here for an incredible soaring video.
Enjoy the Journey!
~ Karlene
Posted by Karlene Petitt at 6:24 AM