Far too often local heroes go unnoticed--- They're just too busy doing their hero stuff to stand up and take a bow.

Greg is probably cringing at the thought of the hero status I've given him, but he deserves it.

With a great grandfather in the Yukon during the gold rush, and a family who'd made their home in the Last Frontier, Greg Baker began his life in Alaska. His modest hard working family taught him work ethics. His grandmother set the example of giving.

Greg's work-a-day world cast him as a commercial fisherman. Like anyone working in Alaska, you're bound to fly on a plane-- and he did.  Yes, he loved the slow flight, the scenery, and the experience of being in the air. But work prevailed. He wondered... could I fly? His career move from a commercial fisherman into local fishing politics kept him busy in Alaska. He worked in an office, but flying hung in the back of his mind. 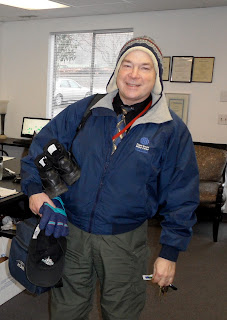 When Bill Sheffield left the Governor's office in Alaska, so did Greg. He migrated south to work for a construction company, with plans to build a fishing plant in Alaska. Eventually the property was sold and Greg went with the deal. He maintained a Seattle office, and worked as president of corporate headquarters--- until one day he no longer enjoyed what he was doing. He realized that he'd changed, and he didn't like the changes underway.  He wanted out.

Where does the hero status begin? A major life shift, and following his dream. He'd told a friend he always wanted to fly... But... But... But. He had a million "buts" as to why he couldn't fly.

I love his friend because he asked Greg my favorite question, "Why not?" 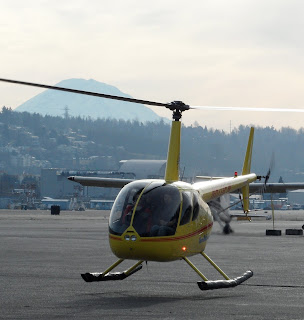 Greg realized there was no reason not to follow his dream. He'd invested well in some fishing boats, and is still involved with Westward Fishing Company. He was changing his life. He took to the sky and learned to fly a helicopter.

Not only did he learn to fly, but he purchased a Robinson R44. His plan was to lease it back and earn enough money to pay expenses, and then fly for fun.  He'd also contemplated starting his own Part 91 operation. One thing lead to another--- the owner of Classic Helicopters, Karen Walling, was retiring.  Ichiro, Chief Pilot and Instructor--- not the baseball player, purchased half. The other half of the business went to Karen's brother who later decided to sell his share. Ichiro asked Greg if he'd like to join the team--- and he did. The short version of the purchase, and the next phase of Greg's life. 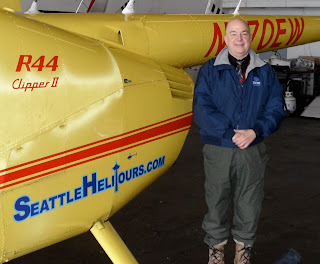 I dropped into Classic to say hello to Amanda Sargent. Amanda was sitting on the ramp, beside the helicopter that Classic Helicopters so graciously offered her. She was waiting for women to come so she could fly half price tours for the Centennial Of Women Pilots, thanks to Greg.

Greg was in the office. I had a brilliant idea--- She could fly her passengers from Boeing to Renton. Then she could make the flight count for Renton Airport. I hurried to Greg's office and asked him if she could touch down at Renton. He was about to do it, then remembered the sight seeing requirements-- there is no stopping at another airport under part 91.

I explained to Greg what we were doing-- introducing women to the sky-- He said, "You can have my helicopter for a couple hours if Amanda wants to fly."  We checked dates of availability and the 31st was open!

What kind of man gives his helicopter and fuel? By the way, at the two hour mark Amanda called him with many passengers to go-- and he said she could give have it for 3. She flew long enough to take all the passengers.

What kind of man does this? I soon discovered the answer to that question.

Greg Baker, on his own time, at his own expense, four to five times a week flies his helicopter to outlying areas to gather blood for the Puget Sound Blood Center. Because of the limited shelf life of blood, and the location of some collection sights, flying it in is the only way.  Thus Greg flies to Port Angeles, Oak Harbor, Friday Harbor, Sequim--- you name it, he's there. Bringing blood back to the Blood Center, saving lives indirectly.

He is also volunteering for the Coast Guard Auxiliary as an Air Observer. But he won't be observing for long. Soon he'll be a faculty pilot flying his own helicopter.

Amazing people doing amazing things are walking around us every day. I asked him why he does this and he said, "It's kind of a spiritual thing giving back. And it makes you feel good, too. It's just the right thing."

Greg Baker is a very humble man. And he's given so much. He's surrounded himself with wonderful people like Amanda. She won the $100 prize and is donating it to the WhirlyGirls. Do you think giving back is contagious? It is at Classic.

Thank you so much for all you do Greg. For the blood you bring and the lives you save. The support you give to women living their dream of flight.  The smiles you created at Renton Airport with all the young ladies you enabled Amanda to fly. You are truly an inspiration, and an amazing man. 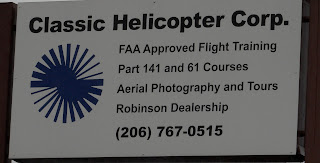 Want to learn how to fly a Helicopter?  Classic Helicopter Corp is the place to go. Support the man, and the business who keeps on giving. Who is this Seattlehelitours.com? They're Classic too. Another branch of an incredible company.

If you haven't taken a helicopter tour, you've really missed something. A breathtaking gift for any occasion.