People cross our paths when we need them most, and Friday afternoon I needed my Southwest Airlines Angel. A very tight muscle, a wrong step onto the hotel van, and something snapped in my calf. The southwest flight attendant crew was boarding the same van, and this knight jumped down, grabbed my bags, threw them up for me and said, "I'm a licensed massage therapist, do you want me to work on it?"

But of course! And then the van driver gave me a bottle of Ibuprofen! 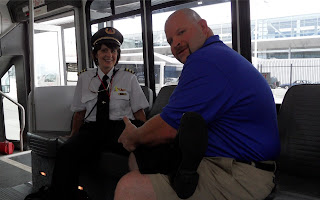 Thank you Southwest Knight Alias Massage Therapist!
Once again we said good night to the sun and to the Detroit Airport... 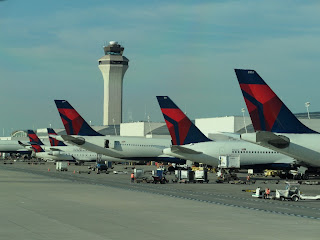 With a date to meet the sunshine on the other side of the world in 9 hours, we headed East.


What should appear on our journey? More Noctilucent clouds!  The moon shot out from the horizon like a rocket launching from the sea, and as it rose...it illuminated the night sky.  I began to tell my first officer about these magnificent clouds when the chatter on the radio began, questioning their existence... as there is no moisture at such great altitudes. Ahhh...but they are ice crystals. 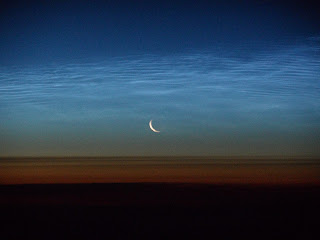 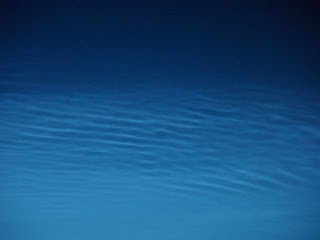 Water... or Sky?
Unlike my training flights, the princess worked perfectly on the flight over. The flight deck quite. The night peaceful and within hours, we landing in Rome. 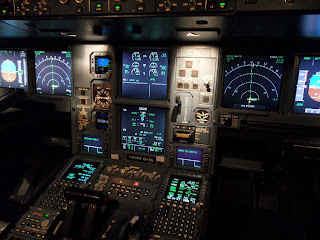 Best intentions of going directly to bed and sleep... my captain was flying his last month, it was also his first trip to Rome...so it was duty to celebrate the city with the crew. 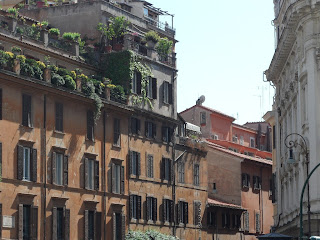 Another incredible trip to Rome... and I am off to Atlanta we go! Another plane, another crew and another adventure.
Posted by Karlene Petitt at 10:23 PM