Don’t underestimate the power of visualization and the impact on the brain!

Researchers have determined that when we visualize something in vivid color with detail, our minds cannot determine if we're actually looking at the item or not. 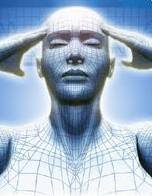 Years ago Dr. Blaslotto, at the University of Chicago, had conducted a test where he gathered a group of people off the street and put a basketball in their hands. After they demonstrated their abilities to throw free throw shots, he split the group into three equal groups of similar skill level. The first group he told to practice every day for an hour. The second group he told to visualize throwing free throw shots, with the ball going through the hoop, every day for an hour. The third group he told them not to think about basketball at all. Thirty days later he brought the three groups back together.

A prisoner of war was able to keep his golf score within a few strokes just by visualizing his swing golf swing while sitting in prison for twenty years!

The stories are many… and my favorite is how I practiced for my A330 maneuvers validation in the bathtub.

I closed my eyes and visualized setting up the flight deck, practiced my flows, and flew multiple approaches to landing. It works! And… works better than looking at a picture. If you can train your mind to see the cockpit overhead panel, and visualize moving the switches… isn’t that more challenging than actually looking at the picture? And the best thing is… your mind doesn’t know the difference. Think about that picture for the perfect landing and when to flare. Can you see it? Then keep seeing it and practice ten landings tonight.

You’ll be surprised at how much you’ll improve.

Tomorrow… some great ideas on how to improve your memory!
Posted by Karlene Petitt at 7:35 AM