Zyola is not only a Private Pilot but she is a single mother with heart of gold, and the strength and determination to beat all odds. Her friend says she is “chronically positive." 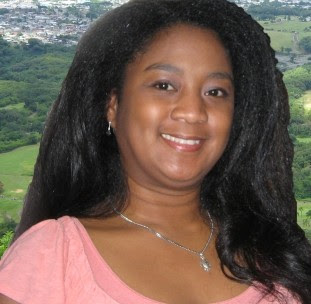 Zyola served our country in the Army from 1989-1991, and then moved to the mainland to pursue her education with a double major in Astrophysics & Electrical Engineering at Colorado State University. But due to extremely unfortunate circumstances she had to leave the program early, and returned to Hawaii.

Nothing could knock Zyola down. She jumped back into school, and soon earned an associates degree in Electrical & Computer Technology from Heald in Honolulu, and then transferred to University of Hawaii to continue her major. She fell in love, got married and unfortunately was encouraged to quit her education once she became a wife. For six years she held an excellent job with BAE as an Electro-Mechanical/Optical design/drafter, for 14 years she supported her husband, before and during their marriage. Love and commitment are powerful that way. 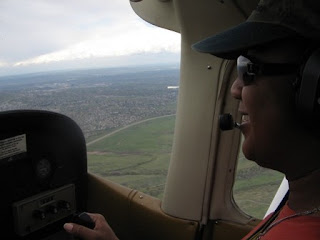 Despite objections on the home front, Zyola was working on her instrument rating and life was good. But with faith and trust in the man she loved, she quit her job, stopped her flight training, and followed her heart and her husband’s ‘dream’ … this time to Portland for his career. Unfortunately his job was a ruse, and Zyola not only continued to be the bread winner, but also became pregnant.

The months that followed were nothing short of a nightmare… an abusive relationship, sleeping on the floor pregnant, a premature baby, and a mother’s fight for her daughter’s survival. Releasing all her assets… she bought full custody of her baby girl. Zyola was free to leave, and returned to Colorado to her nearest family on the mainland, and has spent the last year rebuilding a safe, stable and happy home for her daughter to thrive in. 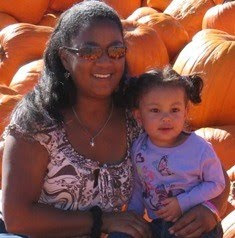 Zyola says, “I tried to reconnect with my aviation soul via Twitter with amazing results. I was asked to join a podcast as the 'girl power' crew member and even got the chance to fly again. Right seat, but it reminded me how much I NEED to be in the sky.”

With her feet on the ground and her heart in the sky, her dream has always been towards her flying career and she has 115 hours of flight time to date. 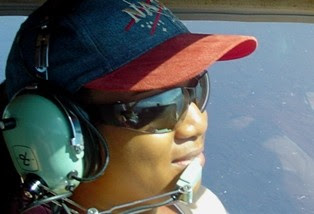 Zyola plans to get back in the sky as pilot in command, and to return to Colorado State University to complete the degree she started over 18 years ago. She is also looking for a job with Boeing or Jeppesen, or perhaps Raytheon or Lockheed Martin. She tells me the challenge is great in Colorado because, “they have a strong crop of former military with active top secret clearances to choose from.” Zyola is not giving up. She says, “It'll happen but I'd like it to happen sooner.”

Zyola’s dream: “To be back home in Hawaii doing puddle jumps between my islands, in my own plane, with commercial, commuter, mercy & complimentary passengers.” Her ‘ultimate’ dream: “To be a Shuttle Pilot. I guess I'll have to shoot for a civilian space line pilot, now.”

Zyola’s pride and joy is her two year old “AMAZING” daughter. Who apparently takes after mom and loves airplanes. However, she has told her mother that she wants to fly helicopters. Kids… go figure. She’ll have to learn that helicopters don’t fly… they just beat the air into submission.

Zyola, Zyola, Zyola.... how can I resist starting each sentence with such a beautiful name, attached to a strong and determined woman? If anyone can offer her lead to a job, advice on her career, or inspiration… I know she would love to hear from you.


Zyola, put that past behind you and look toward your future with optimism as you pursue your dreams. You have conquered obstacles that not many would have survived. I believe we get what we need in this life... to create the person we will become. Your experiences will serve you well. You have received a PhD in life… use it wisely, good things will come.

Happy Flying! Karlene
Posted by Karlene Petitt at 6:28 AM