As a Crew in Adversity!


Covid-19 has shown that adversity happens
beyond our control.
We do our best to support each other, and survive.
But when actions are intentional to harm someone,
We support and Fight to Make it Right!

Thanks to the aviation community I was able to finish my PhD.  I turned that research into a book, Normalization of Deviance, a Threat to Aviation Safety. While I was working on this PhD, I also wrote two novels with the plots intertwined with the research. I appreciate your support in reading and sharing these stories, as the themes are aviation safety.

Imagine flight operations management retaliating against a pilot for providing a safety report. It's hard to believe. But the the truth can be found within the pages of Flight For Sanity. Why would airline management retaliate? Ego. Money. Power.  We may not know the why, but we do know how far they will go in this novel. How far would they go in real life? That's the scariest part of this novel.

Aviation News Analyst, John Nance, has become a fan of the stories and following the drama, because he knows the truth...


"When Karlene Petitt grabs you by the throat with her fast-paced narrative, she doesn't let you go until the early hours of the morning! Flight for Sanity plunges you into a world in which money trumps everything...aviation safety, homeland security, and even the presidency. Couldn't happen? Some of it already has, as with the use of fraudulent mental concerns to silence airline pilots who dare to point out safety problems.

It's hard to believe that senior flight operations management could keep a pilot out of the flight deck for two years with a false medical diagnosis. But they did. When you read how they did it, you will be shocked.  The scariest part of this novel is that the people involved, are the same people tasked to keep our passengers safe.
While Darby is doing everything she can to follow the steps to return to work, unbeknownst to her there is great power behind the scenes fighting to keep her out--- The CEO of her airline. The Board of Directors.  The Airline's legal team. A Psychiatrist that is touted to be a "Big Gun" by the FAA. A Chief Pilot. Two of the highest level management pilots. The question is why? Even her pilot union condoned the action, fearful of what the next FAA administrator would do if they didn't.

"This case is a time bomb with Mayo versus Wood. It is best decided in Washington. I would just defer her case. Don’t get yourself into the corner by advocating any more than you have for the airman. This is not your fault, the baddies are the Airline who went down this route with the airman." FAA.gov.

How does the FAA Administrator
and the Boeing B737 Max
Find their Way into this novel?

You'll have to read to find out!

Captain Nance is hanging with the story and surmises the underlaying reason for the actions against Darby. It's all about safety...

"Would you knowingly climb aboard a pilotless airliner, flown from airport to airport by computers and promoted by airline executives who would stop at nothing to make a buck? After all, it makes economic sense. Computers don't need rest, equal pay, and vacations.... they also don't break ranks and expose weaknesses in an airline's safety system. Courage is reading this book the night before flying somewhere commercially." 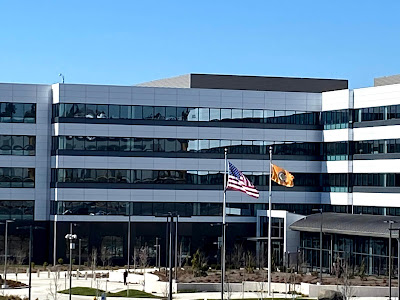 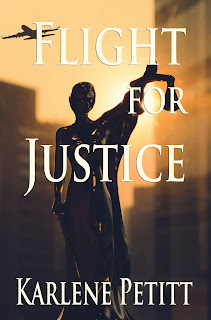 Join the Journey
To Fly as a Crew in Face of Adversity!

Take this time to read!
Get your copies on this blog
Or on  Kindle:
Normalization of Deviance
Flight For Sanity
Flight For Truth

These Novels also Qualify
For Entries into the
Contest to win a B787 Model!

Posted by Karlene Petitt at 9:14 AM