If you watched the Oscars a couple weekends ago, you probably saw the image of Ellen and the other A-list stars. Apparently, it set some sort of re-tweeting record with Twitter. 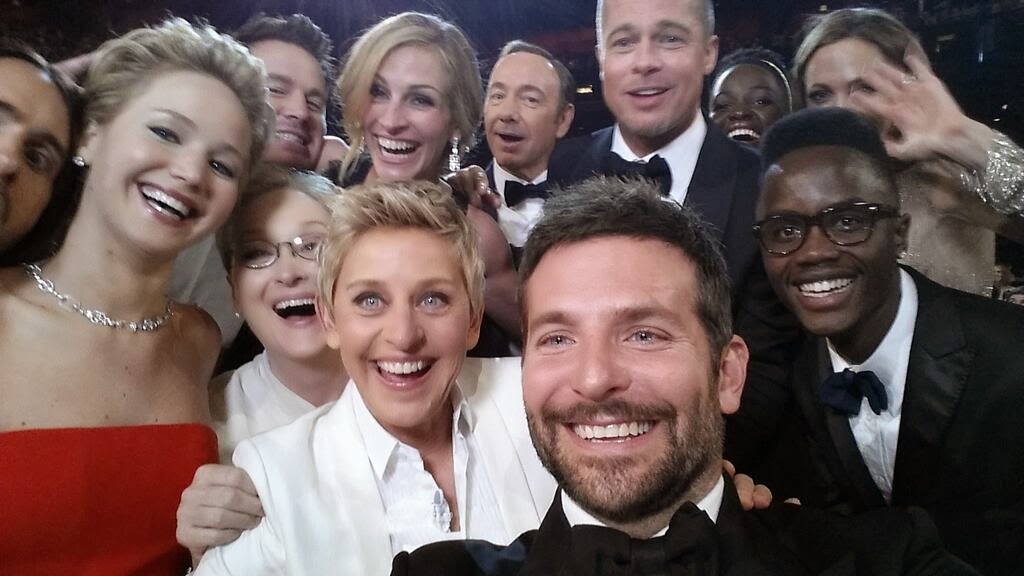 Not to be outdone, a few days later there was a reported "Ultimate Selfie" released by the Danes.

Being a photographer along with being an aviator), I have always loved selfies. But, getting me to look right--i.e., not making me look like a dork--is a constant challenge. Seeing these images brought on a bit of admiration on my part. After all, what are the odds you don't get your own picture perfect when in front of a billion people on TV, not to mention making everyone else look a bit goofy in comparison?

The Danish image got me thinking about how this truly wasn't shot with a point and shoot camera at the ultimate moment. Having fired more than my fair share of missiles over the years, there's simply too much at stake to have one hand on the camera and the other on the stick--side stick thing notwithstanding. 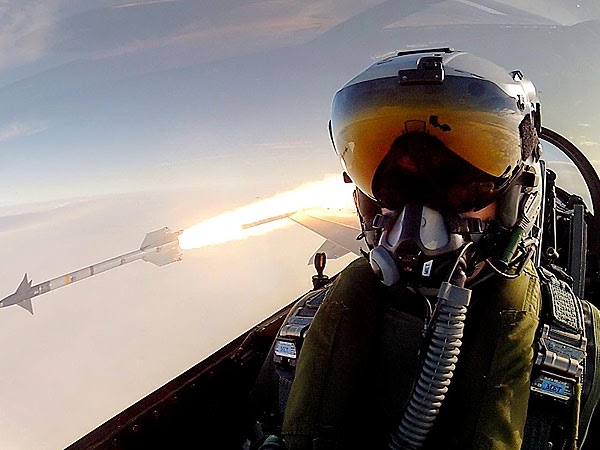 Doing a little research I found that the picture was actually a snippet of a movie that was released by the Danish Air Force. If you look closely, you can see a reflection of the GoPro camera in the pilot's visor. What's totally cool in my book is the underlying story of the entire effort to get the picture. First, the GoPro is normally not setup with a view finder so the framing is a total crapshoot.
The pilot might have set up the camera after engine start. You can see it kind of floating out there, reflecting in his visor, meaning it's suctioned cupped to the canopy. You close the canopy after engine start so you can't get to where the camera is until after the canopy is mostly closed--i.e., after engine start. I have one of those suction cup thingy's and I wouldn't trust it staying in position. So, I would wait for the canopy to close before setting it up.


The last thing that's cool is the helmet system he has. It's the Joint Helmet Mounted Cueing System, which, among other technologies, has totally transformed how we fly and fight. The Heads Up Display (HUD) was a fantastic technology back in the day. Add all the goodness of the HUD and put it in your helmet and now you don't have to look through a soda straw straight ahead to see what your airplane is trying to tell you. Move your head anywhere and you still have critical information because it's being displayed in your helmet.

Finally, the view. The view from an F-16 is spectacular. Of course, the camera distorts things a little bit, but the feeling is the same. When you sit in an F-16, you feel like you're in the sky itself. The canopy rails are very low. There's no canopy bow like on the F-15 or F18 to obstruct your forward view. You feel like you're totally out there. 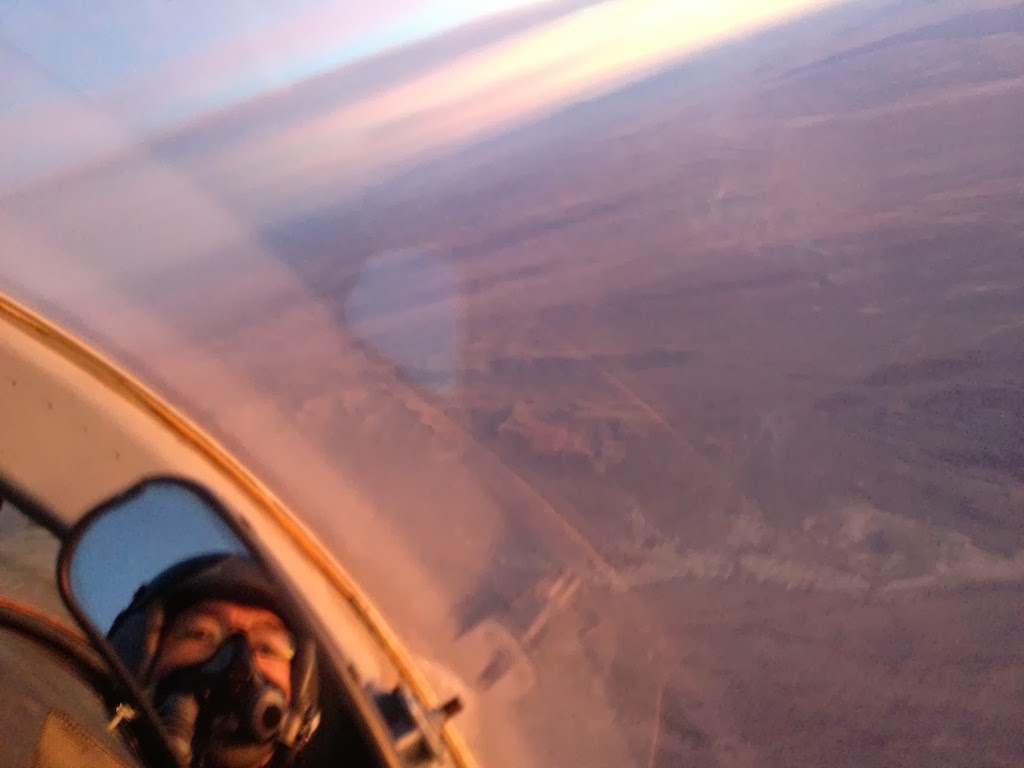 I've taken my share of selfies over the years. Of course, nothing nearly as epic as the image from Denmark.
Clearly, I need more practice. Since I really can't get better at this because practice opportunities are limited, I've taken to shooting my shadow, which isn't nearly as epic but definitely a lot easier. 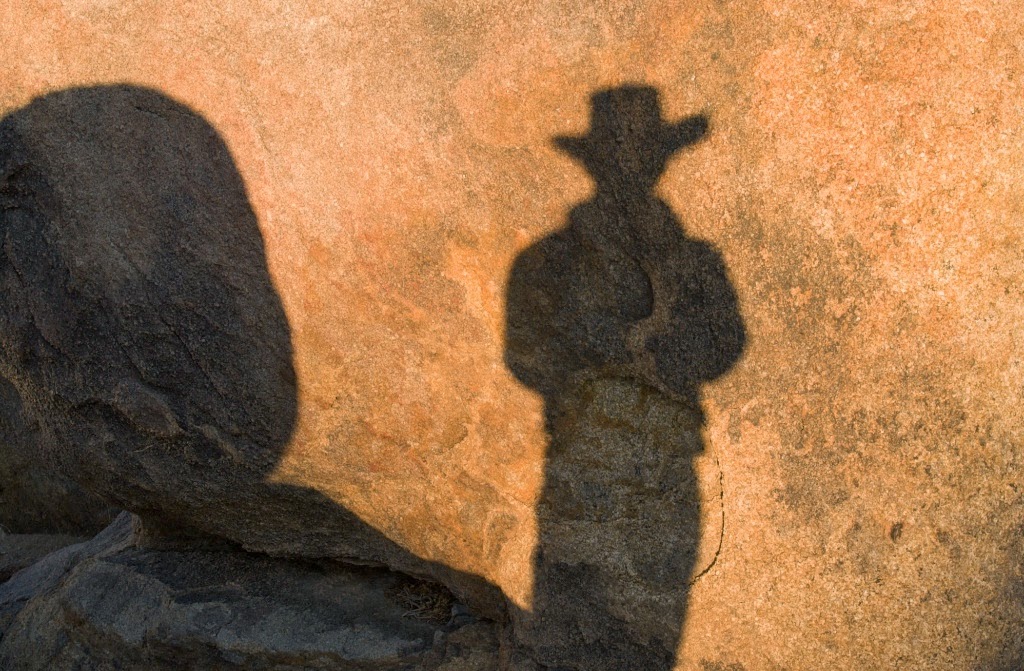 
Do you have an ultimate Selfie?
Tell us where it is, and then...
Send it to Karlene
and she may just post it!

Karlene Petitt is an International Airline Pilot
Author of best selling Aviation Thrillers:
Flight For Control and Flight For Safety