Last Friday a Malaysia 777 disappeared. I, along with the rest of the world, was glued to the news awaiting answers. I pulled away to run to the airport to give girls free flights. The rain poured crying tears for all on board. I returned Saturday and watched the news waiting for answers. I awoke Sunday with more of the same, but no news. Then off to the airport to give more girls free flights, and back home. Still no answers.

This was a challenging weekend as my two worlds of aviation collided. Sharing the gift of flight with so many, and watching the story unfold of this missing airliner. Today we still have not found that plane. 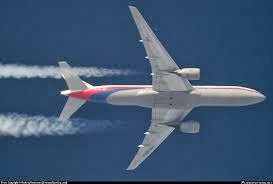 I have been asked by many what I think. My initial reaction was one of three theories which has shifted to one possibility. While I hate to speculate, I think it's important to do so in this case for one reason....So we can find the plane and answers.

Look at the facts:

The Boeing 777 is a solid, stable, aircraft that will not fall out of the sky for anything short of a man made catastrophic event, meaning.... explosives.

Did the plane become uncontrollable? 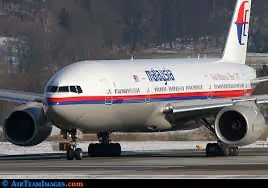 My Theory:
I think the flight deck was compromised. The timing, an hour into the flight, the flight attendants would have finished drink service to first class passengers and taken coffee or meal service to the pilots. This would  have been a time the door was open. I believe the terrorists turned the transponder off. They told the captain to fly the plane toward a different city. Hong Kong comes to mind, but they could have turned back to Singapore, or head anywhere in range with one mission in mind: Create another 911 event.

I believe that captain initially followed their directions and when he realized what was about to happen, he put the plane into the ocean to save thousands of lives on the ground. If I were in that seat and they decided they didn't need me anymore, I would click off the autopilot and push the nose over in descent during my final breath.

The reason we cannot find this plane is we are looking in the wrong location.

The search crew should draw a line from the point of disappearance, incorporating the turning radius of the plane, to all major cities that could have been a target. Then they need to take the trajectory with the speed and altitude and look in those locations with a 30 mile width. 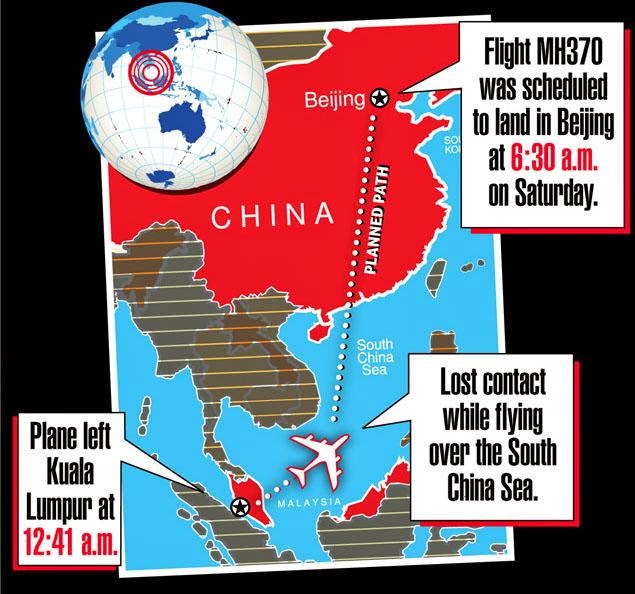 Why has nobody taken credit?

Yes... this is pure speculation. But if I am correct, and they look on a flight path to a major city, we may just find this plane sooner than later. We must find out what happened to make sure it never happens again.

We need to find that plane!

As many of you know I faced a ramification when I wrote about AF447. As it turned out, I had been accurate on everything I wrote. I am taking a deep breath as I write my thoughts today. I cannot keep this quiet because if I'm right on this too, we might just find that plane sooner than later.

What do you think Happened?

Sometimes it's a challenge but...
We must enjoy the journey!
XO Karlene