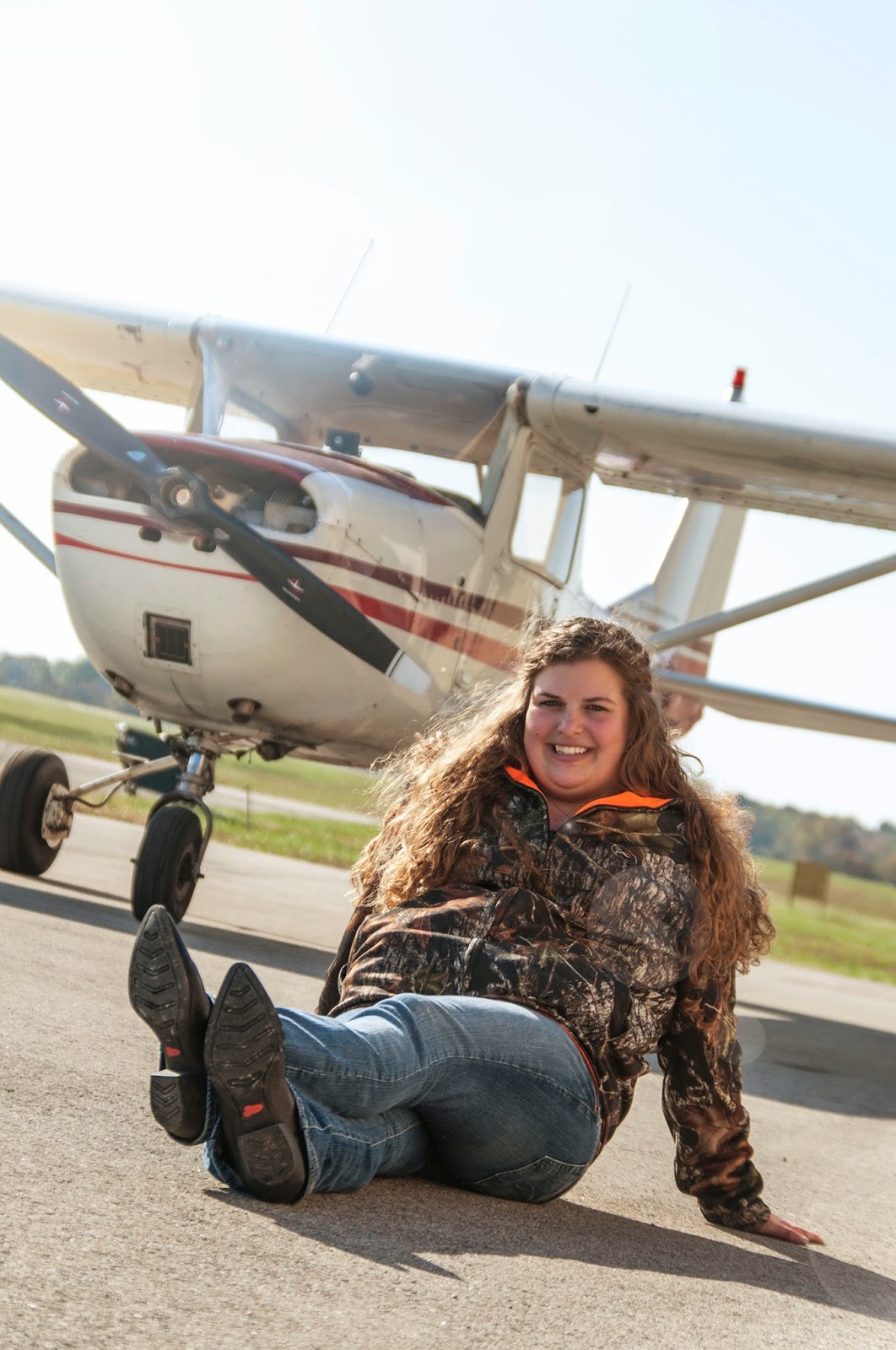 December 7th, 2012 Melissa Joined us as a Friday Flyer, with an interest in Aviation. Today she is soloing. It all started with introductory flight. This is what Women of Aviation Week is all about. Giving the gift of flight to women by providing the opportunity to take a flight. All it takes is one flight and you know if the sky is for you.

I asked Melissa to tell us how this all started and give us an update...

MELISSA:
"So.. Back in the summer of 2012, While working at the ups store in town I met a gentleman who had a very nice truck who visited the store right next to ours. I eventually went and told him one day how much I loved his big two toned Dodge power wagon. We started talking and I noticed his Lawrence Co. Aviation / Grissom airport hat and asked. He gave me his card and said he was the Airport Manager.

I had never been to the local airport before, So one day I made it out there and got a tour of the place and was offered a cleaning job once a week at the airport. Well after that I became an Airport bum, hanging around and talking to pilots and meeting so many people.

On Thursday morning's Magic morning bakery in town donates donuts for the older pilots that all gather out at the airport every Thursday for donut day.


So after being around the airport a while Mr.Ray Sexton, The airport manager asked me if I would like an intro flight....Well I couldn't say no. I had never flown at all, not even commercial. Being one of six children in my family we always drove. Plus.. Mom hates to fly. 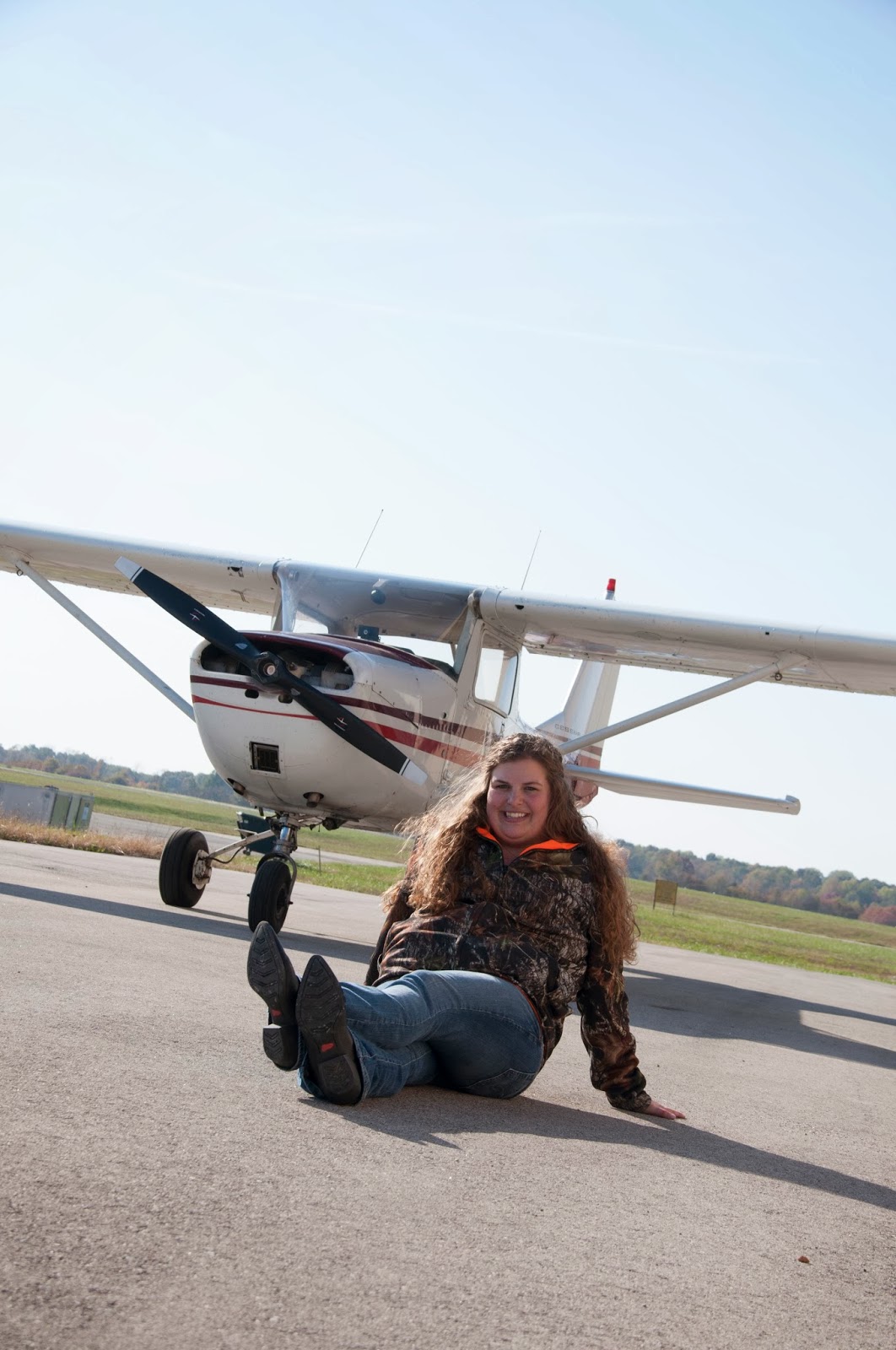 So on August 8th 2013, I had my first intro flight that started my love for aviation.
When I came back I was grinning from ear to ear. saying, Why have I never done this before! It was amazing :] 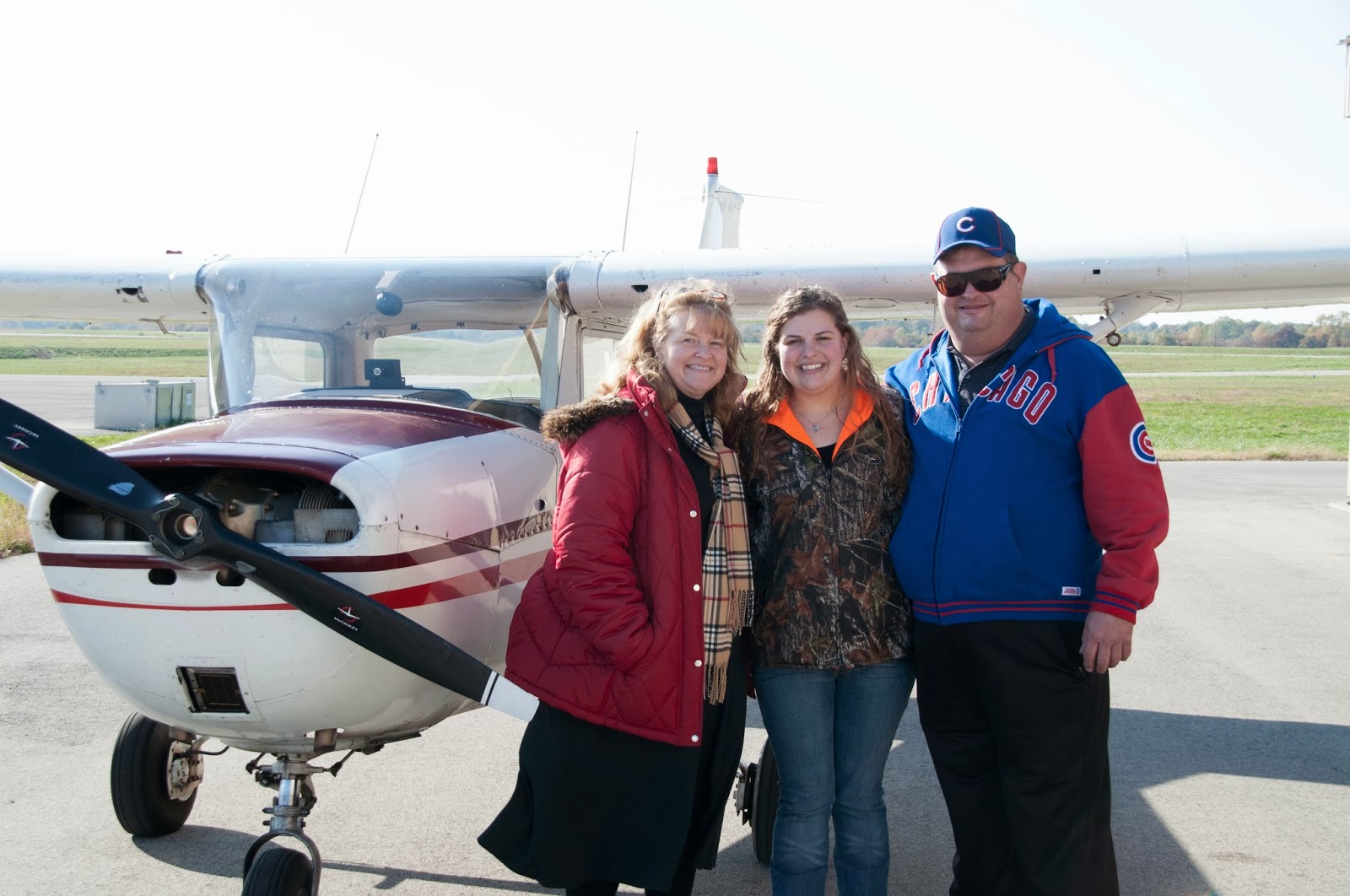 And as of today I have 31 Hours
and am so ready to get my license!


I soloed October 8th 2014, and It was AMAZING! and one thing for sure... I'd been told over and over again that the plane would take off so much quicker without my instructor, It sure did. And it was also harder to get the plane back down too haha.

I was jumping up and down hugging everyone when I got done, Happiest day of my flying so far.


My Grandpa, Joseph Huffman Who went to be with the Lord July 5th 2011, He flew P-51 Mustangs in WWII and was also a Squadron leader.

My uncle still has all of his pictures and papers from the war and my favorite His Pilot's Log book. Which after looking over more and more he flew locally after the war in Danville, IL at the Vermillion county airport, and I found one of the planes he flew, It's located at Evansville Airport here in Indiana :]

I contacted the owner and he was so excited and actually had the paper written copy from the FAA of the paperwork on the plane. It was completely redone in 1999.

He said when the weather gets nice I will have to come get a flight in it with him. 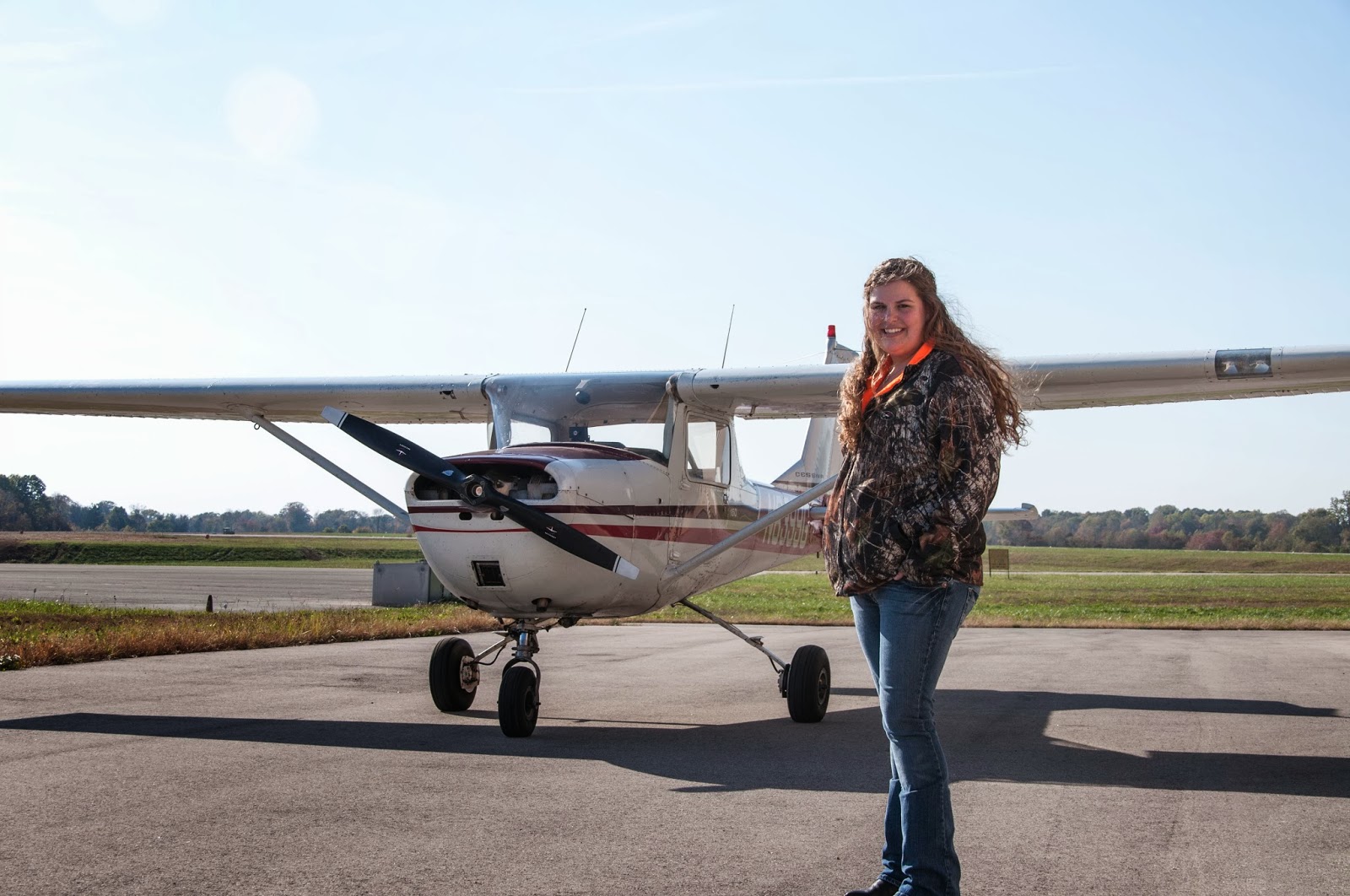 I am so glad I took that intro flight... My life has changed in so many ways. I'M FLYING AN AIRPLANE BY MYSELF! I never ever thought I'd be doing this in a million years. And I absolutely love every minute of it. It is definitely a challenge for sure between bi-polar Indiana weather, Money and other issues you face in flying. But I have such an awesome support system between my parents, family, friends and the local 99's. And most of all the airport Manager Ray who has helped me in every way possible to help me on my journey to getting my private license.


I think that Everyone should take a flight in a smaller aircraft.. It's amazing, and.........life changing.

And to anyone who say's no way could I ever fly a plane.... Just try (and I thought I wanted to be a nurse). To all the ladies out there who think flying is just for men... Well, let me tell you. It is NOT just for men.

I had a wonderful time at the Women in Aviation conference last year in Nashville,TN. I met so many female pilots and those who are involved in the aviation community. It was my first conference and will definitely not be my last.


Thank you to Karlene for helping me along the way also. You are such an inspiration to me and I am so glad we have crossed paths.".... Melissa, you are welcome! And THANK YOU!!!

You may just open the skies to the rest of their life!

Fly It Forward!
Find a location that is giving free flights
at
Women of Aviation Week

If you are in the Seattle area, join me at the Seattle Museum of Flight on Boeing Field. We are flying girls for two days!