Most of us in the aviation career fields are highly successful types. (At least, that's what I tell myself!) Most of us have Type-A personalities. We set lofty goals and go for them. Some of us get on the corporate ladder, constantly working for the next level. Add in the variables of family life and you have a full day. In fact, your cup might runneth over, as they say.

Me? I was on that track. Then, at a mid-point in my Air Force career I got to a crossroads. It was a very difficult time. One decision would've set me up for the rest of my career. I had to do a lot of thinking. I had no idea how to figure it all out. Something that helped immensely was defining what I wanted in very simple terms. How I got there is an interesting story. 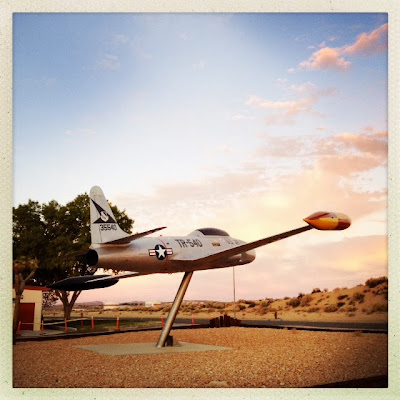 In the late 90's, I was at Edwards AFB flying the F-15. Looking back, I was probably at the crest of doing the coolest things, flying the coolest aircraft in my career. I loved doing what I did. But, as we all know, good things don't last forever. I was coming up for assignment and needed to decide what I was doing next.

Doing great at that job only meant I was demonstrating good abilities to perform at the next higher level. To the Air Force, that meant doing something that didn't include flying. I had a desk job in my future. It was the normal stepping stone for moving up the chain of command. It was the standard practice to get promoted to do "bigger and better" things down the road by taking one of these jobs. It was the path to leadership and it was the expected career choice. However, I was completely uncomfortable with that future and didn't know what to do.

At the same time as having this huge decision hanging over my head, I was selected to interview as a NASA Astronaut. The story is too long to explain why being picked for the interview was one of my top five Air Force career highlights. Let me just say it was a tremendous honor to be considered among the finalists. The best part of the interview was realizing my future path. That interview helped me understand where I needed to go for my next assignment. 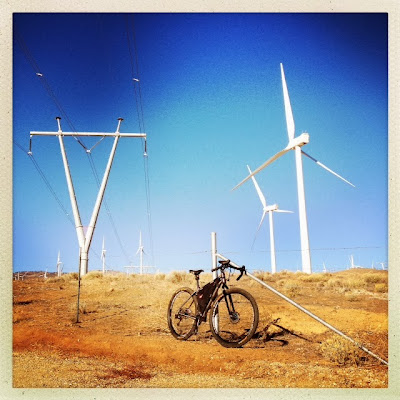 What I realized during the interview week at NASA was that I wanted to stay in operations. Specifically, I wanted to stay connected to the day-to-day conduct of flying. I wanted to fly and I didn't want to interrupt flying by taking a desk job. I was worried that if I got out of the cockpit I might never be able to get back in.

What happened at the NASA interview--between medical appointments where I was poked and prodded--I met many many awesome engineers, scientists, astronauts, and support personnel tied to the manned space program. These people were truly world class. Their jobs were important. And, they all were jazzed with what they were doing. The attitudes were infectious - so much so that I got the clear understanding that that was what I wanted to do when I "grew up."

It wasn't so much about being at NASA, which would've been great. No, it was simply being involved with any flying operation that made a difference. I wanted to be around people just like them, who were committed to making something tangible happen. That meant being directly connected to flying.

Bing! like a light bulb over my head, my path became clear. I didn't need to be on the upwardly mobile career track. Taking such a track would've moved me away from what I wanted. That desk job didn't look appealing in the least. Instead, my epiphany pointed down the path that was exclusively tied to operations. And, it lined up with precisely with what I learned at the NASA interview.

After pointing myself towards the "all-fly" track, incredible job opportunities came my way. I won't bore you with those details except to say that never in my wildest dreams would I have imagined the awesome opportunities I've had, let alone flying cool, awesome missions for the past 15 years.

Why did I get those opportunities?

I can trace it back to acquiring a set of clear and simple goals as a result of that interview. Instead of trying to optimize many considerations, having a simple goal that points toward what’s really important puts everything else in perspective. The unimportant considerations tend to take care of themselves. The key here is the goal needs to be simple and it needs to be true to you. Once you have that, everything else falls into place like magic. Really, it's amazing.

I mentor many incredible people. One thing I make clear to them is that having all-encompassing, complicated goals does not make decisions easier or the results better. It's better to have a few simple goals that make a difference to you. That's what I discovered when I went to that NASA interview. (Notice I didn't mention anything about what other people might want you to do. That's an entirely different subject.)

If you don’t have a simple direction that will drive everything, search for one. From that, everything else will fall into place.

Cheers
Tom
(Photos taken by Tom in Antelope Valley where Edwards AFB is located)
Posted by Karlene Petitt at 12:00 AM