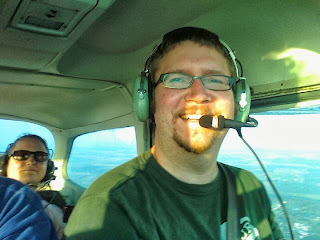 
CFI—certified flight instructor, Andrew Hartley, resides in Columbus Ohio with his wife Jill and their Daughter 2 year old daughter Wynnie, who loves planes. Which is a good thing because she is expecting her copilot to arrive sometime in March. And we need more lady pilots! 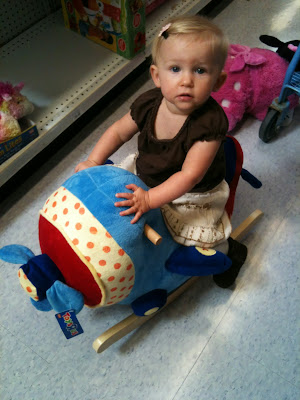 Andrew's wife has even got into the spirit of aviation... 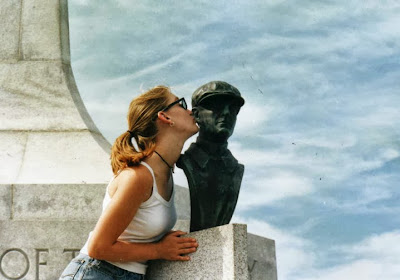 Jill and the Wright Brothers

Andrew is also part of the Blogging in Formation team, and an incredible asset to the group. I could say Andrew’s life is all about family, flying and education. When I asked him what inspired him to fly, he said...


"While we lived in Wisconsin, Dad bought an old Piper Tri-Pacer (PA-22-135), N2124A (two-one-two-four-alpha), and fixed it up himself (a benefit of being a certified A&P is being able to save money and do the work yourself). I fondly remember taking rides in that airplane…" 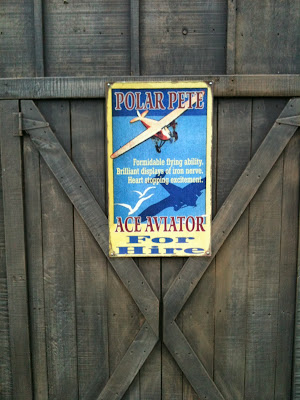 Andrew's father and uncles crashed due to some illegally hung wires. They survived, but two years later when Andrew was 14, his father died from a heart attack. There was a time through the hospital ordeal that Andrew stayed away from aviation due to a fear of what could happen. Until his dad shared his words of wisdom...

"If you love something, it is always worth the risk. Minimize it, manage it, be aware of it; but you can’t give up something you enjoy just because it might kill you. Life is guaranteed to kill you anyway – so enjoy it by doing what you love, what you are passionate about, what your life would be empty for the lack of it. Fly." Andrew is living his father's advice. To read the entire inspirational story, click anywhere on the quote above.

This is where it started, but the love of aviation held strong, despite all that happened. 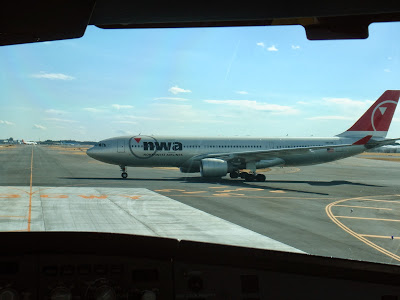 His dad was not only a private pilot, but also a Crew Chief Mechanic for Northwest Airlines. I have always appreciated those hard working men and women who hold my plane and our lives in their hands. So when Andrew told me what his father carried in his toolbox—it warmed my heart to see the depth of integrity that our mechanics take to work with them.

“My dad had a magnet on his toolbox (I think I still have it to this day) - it said "Consider the possible consequences if you are careless in your work." And he had a picture of a crashed airplane. Pilots can say the same thing, for sure.” 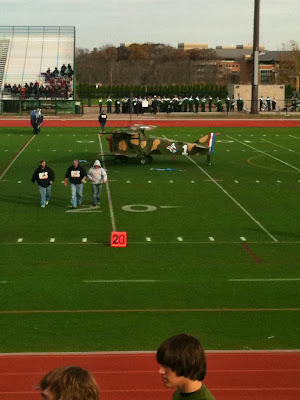 He has worked for Northwest Airlines and America West airlines as a ramp agent during his college days and shortly there after. He worked as a Flight Manager at NetJets, Inc., and was promoted to Training Consultant and trained all new hire flight managers—who work directly with the flight crews. To say our paths crossed during that time is a very real possibility, we just didn't know it. 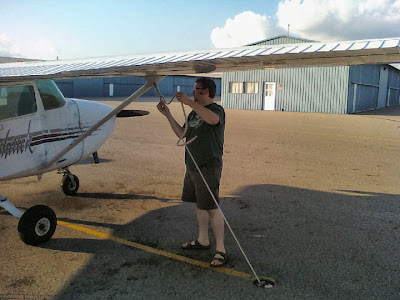 He also told me, “I may be the only person in history who voluntarily took 2 instrument checkrides (passed both of them... but got the first kicked back from the FAA on a technicality - part 141 requires the checkride to be taken within 60 days of graduating the course, and I started the checkride 62 days after so had to finish under part 61, requiring more flight time.”

Karlene: Andrew you are a young guy. Do you have any interest in flying for the Airlines?

Andrew: Yeah - despite the long hours and little rest and low starting pay, I would be interested in the airlines. Actually, a contract-type job like you do interests me a lot! I'm a little afraid of the monotony of "normal" airline flying, where it's the same routes over and over, going to the "big" airports that all look pretty much the same, etc. etc.

I'm spoiled in that I used to work with the crews of a big-name fractional company (worked closely with Brent, in fact!), and have my sights more set on a fractional job like that, where I get to fly the most modern, advanced equipment, but on a set schedule more like the airlines. Best of both worlds! There, I would get to go to lots of different places, meeting and getting to know lots of different, interesting people, and still not be on call 24/7 like a corporate job would require. 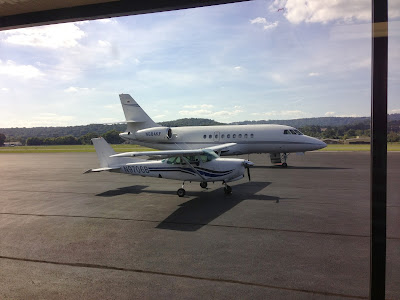 Andrew: That said, a small business just getting into the private aircraft game also interests me hugely. Having a Bachelors degree in Aviation Management from Eastern Michigan University and an MBA in entrepreneurship, the idea of starting up and running a flight department for a small company would be dream come true!

You mean I would get to manage AND fly an airplane, all while working closely with an entrepreneurial minded group of business people on an up-and-coming business?!? Sign me up! 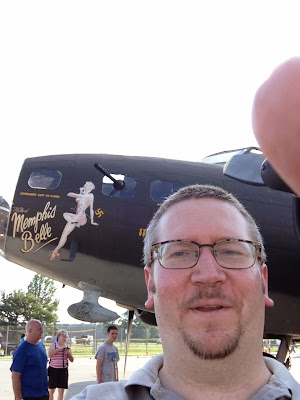 Andrew: That's actually what is so interesting to me about fractional ownership and flying there... it's not only a way for large corporations and high net-worth individuals to keep costs reasonable compared to owning a full airplane (or another full airplane - lots of companies supplement their fleets with fractional until they can justify another whole aircraft), but it's a way for small companies and start-ups to get their feet into the efficiency and convenience that an airplane can provide. 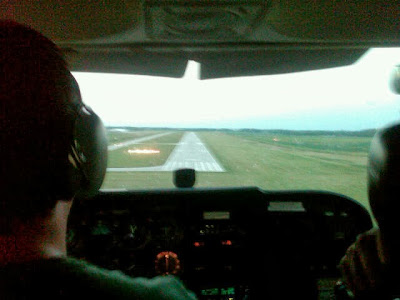 Karlene: Wow... now you are someone with lofty plans and I see no reason why all your dreams can't come true. As a matter of fact, I'm counting on watching your future success. You were given so many words of wisdom from your father, if you have one message to give to students what would it be?

Andrew: Never, ever, ever get complacent in your airplane. It should not be like driving a car (driving is not even in the top 5 things I'm thinking about while driving). You should have CONFIDENCE in your airplane, and even be COMFORTABLE flying (both of which take awhile), but complacency can and will kill you in an airplane. One of my favorite quotes...

"Aviation in itself is not inherently dangerous.
But to an even greater degree than the sea,
it is terribly unforgiving of any carelessness, incapacity or neglect." 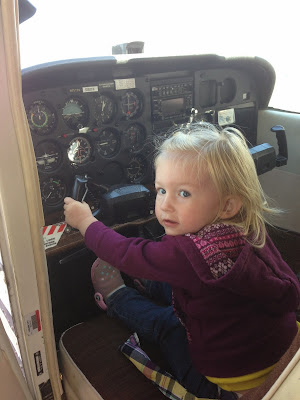 At the beginning of this post I mentioned that he was part of the blogging in formation team. This week is all about My Best Instructional Moments... Andrew's was yesterday. 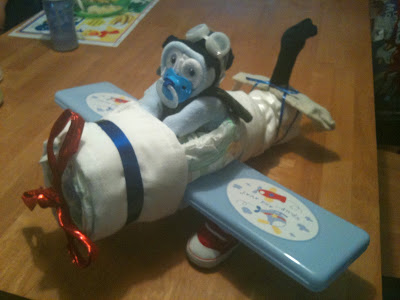 
Andrew's post, How Becoming a Pilot Can Help You Live a Better Life, is all about the process of learning to fly and how it can improve your life all-around. This is not just related to your skills as a pilot, but so much more. If you want to read more drop on over to Smart Flight Training. 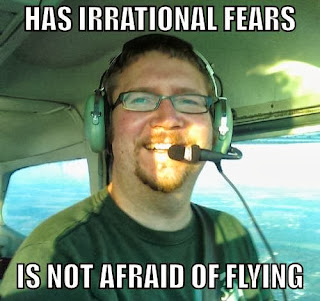 Please join me in thanking Andrew for sharing his story with us. He in an inspiration and one to follow. Follow him on twitter at @smrtflighttrain