AlanCarr, an avid aviation aficionado, learning about the aspects of the flying world from the business to the technical, frequently writes on what he finds. He currently works with globalair.com to provide resources on aircraft related information and sent me a great article to post about the pilot shortage.


Shortage Ahead?
The Job Outlook for Commercial Airline Pilots 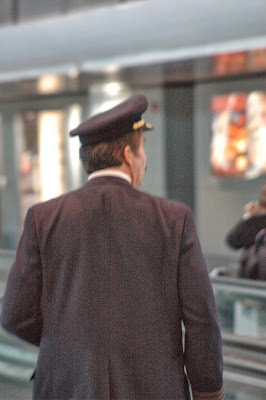 We’ve all read the sensational headlines about the looming “pilot shortage.” The FAA mandates that pilots retire by the age of 65 and a verifiable fleet of pilots are nearing that age. Coupled with new rules about co-pilot flight hours, these statistics have led to speculation that not enough kids dream about becoming a commercial pilot anymore—at least not enough to fill that gaps that will likely be created at regional airlines that don’t pay nearly as well as larger carriers. Still, it doesn’t take much research to prove that the mainstream media favors hyperbole that feeds both conversation and fears. How can we know if the pilot shortage is real? What is the job outlook for commercial airline pilots?

If we listen to the 2013 Boeing and Technician Outlook, there will be a great demand for commercial pilots worldwide over the next 20 years. In addition to worries surrounding the rate of pilot retirement, Boeing is quick to point out that “airlines across the globe are expanding their fleets and flight schedules to meet surging aviation demand in emerging markets.” This means in addition to the pilots that airlines need to replace, airlines are adding jobs for pilots that will fly them all over the globe—especially in the Asia Pacific. They estimate that North America will require 85,700 new pilots over the next 20 years.


Nevertheless, if one is to look at the Occupational Outlook Handbook from the Bureau of Labor Statistics, they predict an 11% increase in airline and commercial pilot jobs over the next ten years , from about 103,500 pilots in 2010 to about 115,000 in 2020. With more than half of all airline pilots in their 50s, (for the sake of numerical ease, let’s just say that 69,000 pilots are set to retire over the next ten years), these calculations reveal that Boeing’s numbers may fall short: 80,500 new pilots would be needed over the next ten years alone.

How does is this reflected in current hiring patterns?


According to USA Today, American Airlines is looking to hire 1,500 pilots over the next five years after its proposed merger with US Airways. And  United is bringing back about 600 pilots that were furloughed back in 2008. These figures obviously only represent the hiring patterns of two major airlines. Regional carriers, which cannot pay its pilots and copilots as much as major airlines, will lose talent as their pilots move on to larger carriers, and may not have access to pilots who would be willing to make as little as $19 an hourfor just about 21.5 hours of flight time in a week.


In fact, in a study conducted by the University of North Dakota Aviation Department, 32% of their surveyed aspiring pilots are now reconsidering their career plans and 35% of those respondents said that a salary increase might convince them to continue their training. Though the sample size was not exactly statistically significant, the numbers still reveal a trend that has caused news outlets like the Wall Street Journal and USA Today to warn travelers about a crisis.


The numbers don’t discourage Capt. Chelsey Sullenberger, the pilot that made the miraculous Hudson River landing back in 2009. According to a 2012 interview with CBS, Sullenberger thinks the shortage is hype created by the airlines to scare the FAA into rescinding new rules on pilot experience.