There's a tradition practiced by the USAF called the Fini Fight. It's a ceremony marking the end of an aviator's time in a unit and a celebration of a sort. Usually bad $2 champagne is involved. A fire hose is absolutely necessary. And, an epic memorable flight is always appreciated. I had mine last Friday and it had all these ingredients and more.

I'm in the process of moving from New Mexico back to Edwards AFB. I'm leaving this wonderful job for different horizons at the Test Pilot School. As is my unit's tradition, they put together a pretty awesome Fini Fight for me. Since I was due my annual evaluation in the T-38, we scheduled it now instead of passing it on to the next guys at TPS. Why not have an eval and a hosing down party all on the same mission? It certainly would be memorable.

I'm not one to make a big deal about anything I do. If I had my way, I'd just fade into the sunset and move onto what's next. But I realize, having worked in the military many years, these events are more about those remaining than the person who is leaving. There are traditions that need to be exercised to maintain cultural integrity. I didn't invent the Fini Fight so I certainly was not the guy to say, "It's not applicable to me."

The day started typically enough. The only unusual thing I did was bring a spare set of clothes as there would be much water and hosing down later in the day. I took precautions to hide my extra gear at the risk of the younger guys finding it and sticking it into the freezer while I was out flying. This sounds mean, but it's all meant in good fun.

When I walked through the hanger before flying, I shook hands with members of our maintenance team. A few words here and there, a couple of hugs, all normal things for someone about ready to move away. I'm not normally an emotional guy, but I had to hold back tears when I talked to Karl, one of our crew-chiefs who I've known for more than 20 years. I climbed the ladder and got strapped into my T-38 and thought how I might never see Karl again--he's 66 and about ready to retire himself and move onto greener pastures.

Ground ops and departure were uneventful. I gave the lead to my evaluator to watch him conduct a couple of simulated weapons deliveries--part of my evaluation was to instruct him through the maneuvers. I got the lead back and put the evaluator in a chase position so he could watch my approaches out at Roswell. We returned VFR just past Sierra Blanca, a beautiful 12,000 foot mountain north of our home--a memorable sight. A couple more approaches back at Holloman, then the mission was done.

My backseater, a young Fight Test Engineer called Bias, hadn't flown with me in the T-38 even though he'd been in our unit for over a year and a half. He told me, "It's almost personal you hadn't flown with me." Finally, the stars aligned to put us in the same jet. As is my habit with all of our backseaters, I tasked him with manipulating the aircraft avionics to keep him involved with the mission. Even though I could easily do all the button pushing myself, I involve my backseaters as they learn something, which is pretty much the point, always.

The mission ended without fanfare. I taxied to the squadron where 20 or so people had gathered. A fire hose waited, manned by one of our lieutenants. Our commander even brought his kids out to see the festivities, squirt guns and all. I taxied in and stopped. The chocks were put in and the engines shut down. I was ready to jump out of the jet but the crew chief didn't setup my boarding ladder. He was giving Bias a chance to escape the impending hose-down by letting him off the plane first.

Off the plane, the hosing started. I half-heartedly charged right into the stream to try to gain control of the hose. I failed, which was perfectly fine. The hosing stopped, allowing the kids to get in their licks. One of our enlisted guys poured the two dollar champagne on top of my head. Everything was just perfect.

A couple of words of appreciation by me. A few handshakes and photos later, then it was all done. I was done flying at Holloman AFB. Just like that... 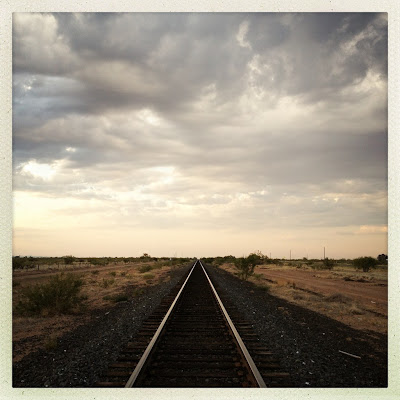 I'll be here in New Mexico for another week out-processing. Everything will be about getting ready for what's next, to move on to the next chapter in my career.

Tom, This last flight is a huge deal. It doesn't matter if someone retires, graduates after years of arduous effort, ends a marriage, or changes jobs after many years in service, or takes their last flight... the act of closing one door and moving on to the next, with a life changing event, is huge.

It does something to the psyche. You might feel a bit off, like something is missing. Embrace the move, the new job, and focus on the future. Congratulations!!!
Please take a moment to congratulate Tom!
Enjoy the Journey
XO Karlene
Posted by Karlene Petitt at 12:00 AM