''How My Pilot Career Ended
and My Author Career Began" 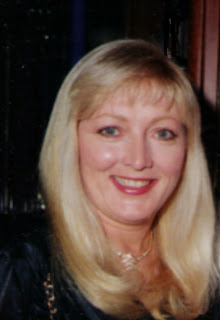 "I was the sort of person who enjoyed high-adrenaline sports and high-speed cars, motorcycles, boats, and airplanes. All those rushes of adrenaline may have caused the rare eye disease I developed, Central Serous Retinopathy (CSR). The exciting activities and stress caused eye damage and advanced the disease.

I was warned to take an early retirement from my airline pilot career and avoid stress and high-adrenaline activities or I would soon be blind. My early retirement from USAirways was effective in December of 1998, but my last airline flight had been in March of 1993 before I went on medical leave, not knowing at the time I’d never be back. I missed the final flight fanfare and retirement party. 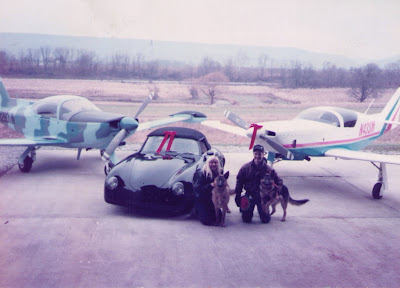 Before my eye disease, flying had been my whole life. My retirement in 1998 coincided with a divorce and a move to another state. I felt lost. It took a while for me to accept that my aviation days were over. My life had no direction. That’s when my mother stepped in and encouraged me to write a novel. She said I had always been a good story teller. But telling and writing are quite different. I had never taken any writing courses and knew nothing about how to write a novel. I loved reading action thrillers and decided to study the way they were written.

Dreaming up stories in my head was never a problem for me, so I sat down in front of my computer and started typing the plot that was in my head. Writing became my passion. I joined a weekly critique group and learned I was making every mistake a new writer could make. The criticism stung. I had gone from being a well respected captain at the top of my profession to a know-nothing new writer. The members were ruthless in their critiques of my work, but I swallowed my pride and attended the meetings every week for two years. Slowly and steadily, my writing improved as I rewrote every chapter no less than fifty times. Another two years were spent tweaking the plot and prose.

When my novel was as good as I could make it, I hired a professional editor to give it a final polish. Then I entered my book in the Royal Palm Literary Competition and won the award for Best Unpublished Thriller in 2011. The next step was finding a literary agent. All the agents I met at writers’ conferences were fresh-out-of-college and looking for hot young authors in their twenties and thirties. The publishers’ representatives were polite but not interested. 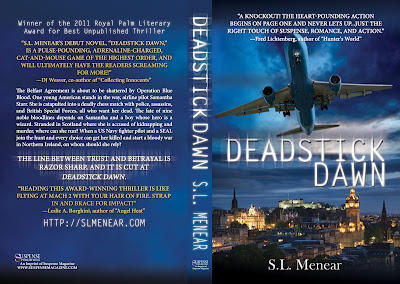 After two years of rejections, I was almost ready to give up and self-publish. A dear friend I had helped with her book, Angel Heat, convinced her publisher, Suspense Publishing, to look at my action thriller with a female airline pilot as the main character. Author Leslie A. Borghini compared reading fast-paced Deadstick Dawn to flying at Mach 2 with your hair on fire. Her publisher loved my book, gave me a contract, and released the book August 13, 2013.

I used the gender-neutral author name S.L. Menear, instead of Sharon Menear, in the hope that men will buy the book, too. All my test readers, including men, loved it. Deadstick Dawn will be available online at Amazon, B&N, and in select bookstores. 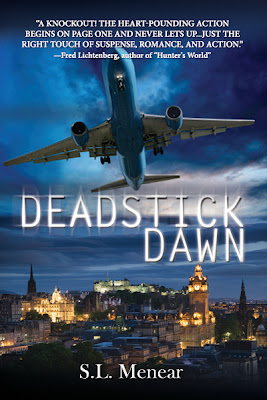 DEADSTICK DAWN: The Belfast Agreement is about to be shattered by Operation Blue Blood. One young American stands in the way, airline pilot Samantha Starr. She is catapulted into a deadly chess match with police, assassins, and British Special Forces, all who want her dead. The fate of nine noble bloodlines depends on Samantha and a boy whose hero is a wizard. Stranded in Scotland where she is accused of kidnapping and murder, where can she run? When a US Navy fighter pilot and a SEAL join the hunt and every choice can get her killed and start a bloody war in Northern Ireland, on whom should she rely? The line between trust and betrayal is razor sharp, and it is cut at Deadstick Dawn.

Now I’m busy writing Book Two in the Samantha Starr Series. It is rare when a person is given the privilege of enjoying two careers in one lifetime. I am thrilled beyond belief."

Sharon, Thank you for sharing your story.

We may not have control of what happens to us in our life, but we do have control of how we deal with those events. We can either feel sorry for ourselves, or reinvent another version.

I have yet to read Sharon's novel, but felt compelled to share her journey. Please join me in wishing her the greatest success in her new career.