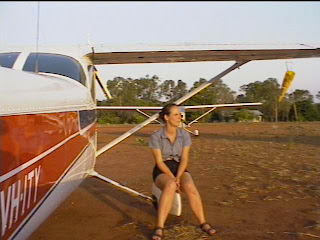 Life is all about the journey. The best journey's are those that we learn something about ourselves in the process.
Monika's journey began the day she decided to get her pilot's license at the age of twenty-four. Quite often we follow in our parent's footsteps, but this time Monika's father followed in her's.  A year after Monika got her license, her father, at fifty-eight, got his license too. Dad came to came to California, slept on her floor and flew during the day. 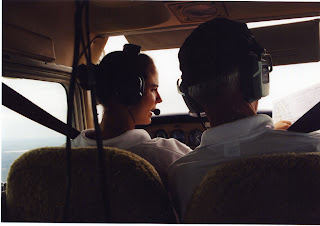 Then the adventure began. Together, with a group of planes and pilots, they flew a single-engine Cessna around the continent of Australia. Monika documented their trip the film FLYABOUT
With family in the backseat, and Monika and Dad in the front, Monika faced more challenges than just flying the plane, bad weather, and unfamiliarity with the terrain. The switching of roles between father and daughter--- Who is in command?--- was as interesting as the gorgeous scenery of Australia. Well, almost. The views couldn't be beat. It won't be long until I take this trip myself. 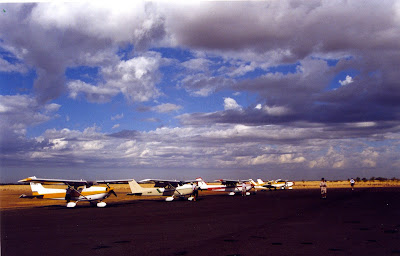 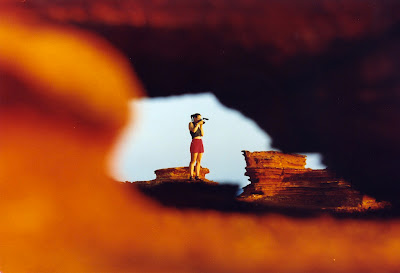 Monika told me that she and her dad "safely made it to the other side. But it wasn't easy." Now, eleven years later, Monika has two children of her own. Last year her six-year-old daughter realized that mom flies planes, and had been begging for mommy to take her flying. 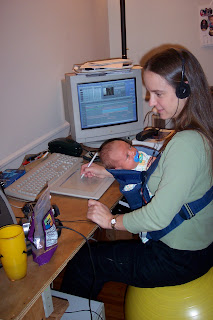 It appears Monika had been waiting for the perfect time to take that flight. Thanks to the Centennial of Women Pilots campaign last year, Monika knew it was time. She introduced three women to flying. Two of them were six-years-old. Monika says...
"They were VERY excited about the experience of flying in a small airplane over their own house, school and past the Hollywood sign. But they were probably most excited when I handed them their certificate and told them that they had just contributed to setting the "World Record of Most Women Introduced To Flying In A Single Day. When I asked them what their favorite part was about the flight, Lauren Galles said: "The landing!". My own daughter, Louisa Petrillo, smiled and said: "The moment when the plane went up and then down. That felt a little bit like being in a roller coaster."
Monika's favorite part?  "Finally being able to share my dream of flying with my daughter." 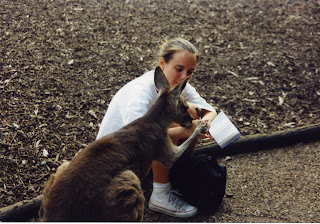 Monika's journey continues. She's no longer reading to kangaroos, but sharing stories with her children. Teaching them that they too have wings to fly, no matter what they choose to do in life.  To see a clip of Monika's documentary, FLYABOUT, click: HERE 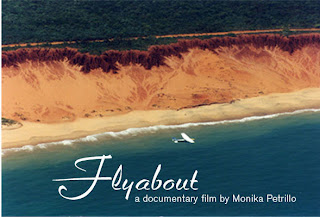 Thank you Monika for sharing your story. I am giving away "2" of these movies in a drawing to be held on April 1st  for "ANYONE" who leaves a comment. No April's Fools Joke--- An amazing video can be yours.
Enjoy your Journey wherever it takes you!
~ Karlene
Posted by Karlene Petitt at 7:12 AM