Jay and his team of aircraft builders have accomplished great feats--- 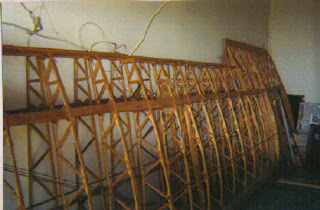 But so much is left to be done.

They have an engine, the Wright 975M---which is comparable to the original Wright J6-9E that put out 330 hp and supercharged to 365-388 hp---but it's in need of a major overhaul. Along with the overhaul, they need to find a ground adjustable propeller that compliments the engine model. 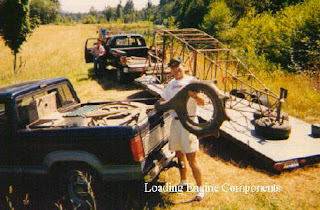 A major concern is acquiring permission from the Lithuanian government to borrow a part from the original Lituanica. Once the sister ship is closer to completion, Jay believes they will receive permission.

I have no doubt Jay will complete his project. And once the Lituanica is ready to fly his goal is to repeat the events of Darius and Girenas prior to their flight by visiting various Lithuanian communities.

Then in the spring of 2013 Jay will ship the airplane to an airfield near the site of the crash and reassemble it. He will locate relatives of Darius and Girenas that might be pilots and include them in the flight.

At 12:36, on the morning of July 16, 2013, they will fly over the sacred site and turn Lituanica toward her homeland. They will arrive in Kaunas in the manner they should have with humility and pride. 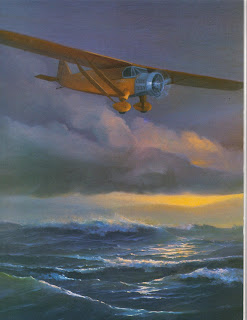 Upon completion of this flight she will be flown back to the United States, as was the original intent of Darius and Girenas, and visit Lithuania communities once again--- eighty years late.

With luck, timing, and a light wind on her nose, the Lituanica will be landing at Oshkosh, Wisconsin in time for the closing ceremonies of the EAA Annual fly-in --- Fulfilling the dream of Darius, Girenas and a little boy who completed the goal of the Lituanica.

Is this the final story or will she fly again?

Currently all work is on hold due to lack of funds. Jay is retired from the airlines, but working two jobs. It's just not enough.  Sponsorships and donations are welcome. For further information, please contact him at Jay@lituanica.us or call--- 360-731-0871

~ Karlene
Posted by Karlene Petitt at 5:38 AM