Born and raised in Germany, Patrick began his aviation journey, as a baby. He traveled across the Atlantic with his parents to visit his relatives in Brazil. At the age of three he wandered the aisles, hung out in the galley, and became friends with the Flight Attendants. I think they adopted him. 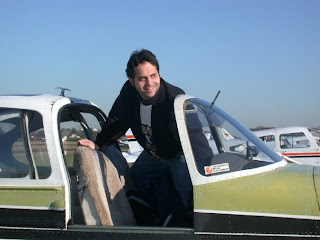 Patrick in his Fuji Aeorsubaro
Patrick's first cockpit experience was on a trip from Frankfurt via Dakkar to Brazil. He sat on the first officers lap in the Concord 707 and talked on the headset with the captain and ate cookies. The pilots showed him a little green dot on their screens, then lifted him up to window and said, "It's the city down there." Apparently he stayed in the cockpit for hours and his mother was worried until she realized they were over the Atlantic and there was no where for him to go. After this first cockpit experience, there were many more cockpit adventures in his future. DC-10, Lockheed TriStar, B747, B7676, B777 and A340. He became familiar with many different flight decks. 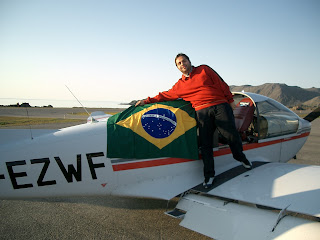 Robin 3000
One evening in the cockpit of a Varig B747, the captain played with him a bit by setting off an alarm. They switched autopilots. Showed him how the thrust levers moved by themselves. Changed flight levels. All while the passengers slept unexpectedly behind the door. 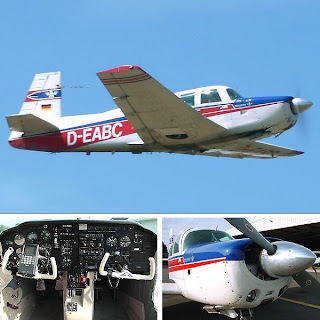 Mooney M20
The stories that Patrick shared are endless, and fascinating. I was about to say, "the good old" days when passengers were allowed in the flight deck, but his most fascinating of his stories was from February this year.  He was admitted to the cockpit, and the pilots made jokes about the fuel. But they soon realized that planes were diverting due to weather and communication and fuel concerns became a reality. Then operations told the crew it was their decision if they should go for it. Flights had been going around. Their fuel was limited.  They decided an attempt to land, and made it in. Patrick learned that flying was far more than switching on the autopilot, ordering coffee and reading newspapers. Reading news paper? Allowing people in the flight deck? The good old days are alive in Europe. 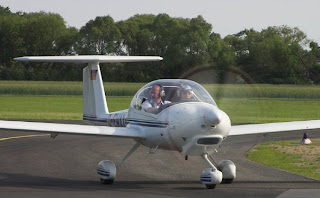 We wonder why Patrick has a strong desire to become a pilot. Unfortunately at the age of 36, he's still not an airline pilot--- not from lack of desire. His father  had died at the age of 52 from cancer, and the  three years before that, he hadn't been able to work. At the age of 15 Patrick became the man of the house, and grew up quite fast. Due to lack of funds and adult responsibility, his dream to become a commercial pilot is just that, a dream.

After his obligatory stint in the German military he joined Siemens AG, and made an apprenticeship as a commercial manager, earned a double degree, studied abroad and finished best in his class. He earned his private pilots license along the way. His career has been progressing in management positions with various companies, and he has not given up on his dream of flying. These pictures posted are just a taste of what he's flown over the years. 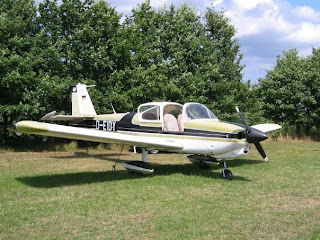 Then he'd love to join an international carrier, or work in the Business Jet sector.

Patrick has graciously offered to fly women over Bonn Germany, in honor of the Fly It Forward campaign for  Centennial Of Women Pilots Don't forget to sign up on Fly It Forward. Tell me how many women you actually fly, and I'll enter you in the contest that number of times.

You can find Patrick on FACEBOOK and see more amazing photos of the many planes he's flown, and sites he's seen. He's also on twitter X2921294H

Patrick, thank you for supporting the Centennial of Women Pilots. I know all your dreams will come true. You have the determination and commitment, nothing will stop you. I'm hoping you'll respond to this post and tell us what inspired you to fly women and when your event will be held.

~Karlene
Posted by Karlene Petitt at 8:33 AM