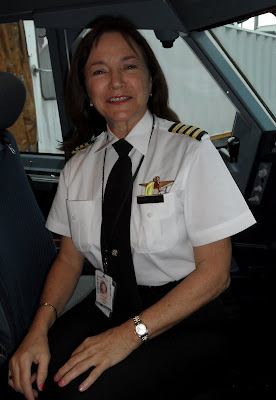 The year: 1977. The price: $10. The event: An introductory Flight. The experience: A new direction to life.

Suzanne wanted a career, and was busily working on her teaching credentials. This was one of the two respected jobs for women- teaching or nursing.

One day she had come across a coupon in the newspaper to take an introductory flight. She said, “I’ll try anything once.” The result- “Love at first flight.” 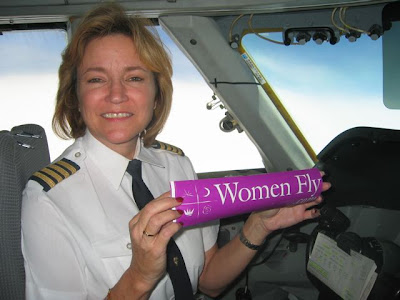 This is Women of Aviation week where we introduce women to flying. And today I am in Dallas at the Women in Aviation conference. If you want to know why we do this—Suzanne is the perfect example. Thanks to that coupon, the doors were opened to the sky. But it was a special woman, Wanda Strassburg—a 99—who gave Suzanne her wings to fly. 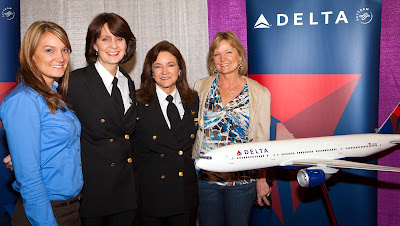 Due to the wrong timing—Wanda was born too early to fly for the airlines. Her career ended with the FAA, and this is where she met, and impacted Suzanne’s life. While obtaining her pilot’s license, Suzanne had never contemplated being a pilot. But when Wanda gave her a check ride and then told her that she had potential to become an airline pilot, she turned on a light to a dream that Suzanne would make a reality.

With the fondest memories, Suzanne says, “Wanda planted the seed. And her belief in me was the fertilizer.” Suzanne also has a warm place in her heart for the Women Aviation Group—The 99’s—as they gave her a $1000 flying scholarship. She had no money, but thanks to the 99’s they helped tremendously, and she’s never forgotten. 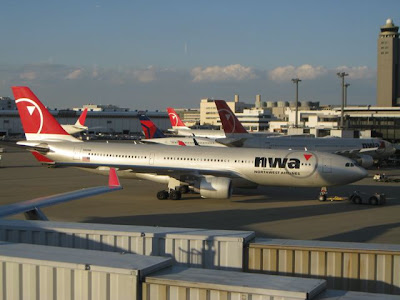 Suzanne lived at the airport in San Luis Obispo. Being a CFII was her favorite job. She loved teaching and flying. But she worked many jobs to make ends meet until her aviation career took off.

From the time she had started flying to the time she was hired by Northwest Airlines included seven years of instructing, charters, a start up commuter, air ambulance, Imperial Airlines Bombardiers, Shorts 360’s, furloughs and full circle back to Imperial.

September 14, 1984, Suzanne began her adventure with NWA on the back seat of a 727 for a short three months and then moved to the DC-10 SO position. The most amazing thing about the DC-10 position was that Wanda had told Suzanne, “See you in a cockpit of a DC-10 someday.” 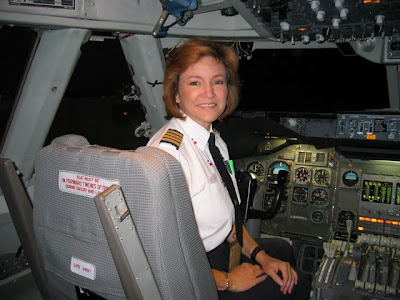 DC-10 SO, then the 727 FO. She loved the flying so much, but during the merger she had been advised to get the highest paying position possible—the 747 SO, and Seattle. She then moved to the 757 as a FO—and her son was born while she and her husband were both in ground school. 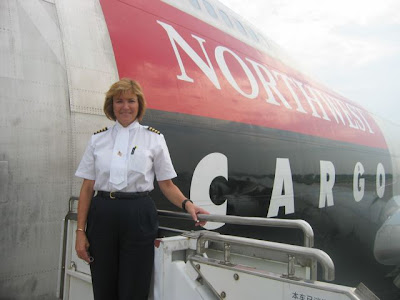 This airline career is a challenge for anyone with a family. And while it was time to fly different directions for Suzanne and her former husband, she say’s. “Some dreams are nightmares in disguise and being single again brings it's own challenges, like who's going to feed the dog?” Smile. “I know two-pilot and two-career couples that make it work. A relationship takes being friends, as well as lovers, respecting each other and the differences, hiring help when needed, and a LOT of communication.” 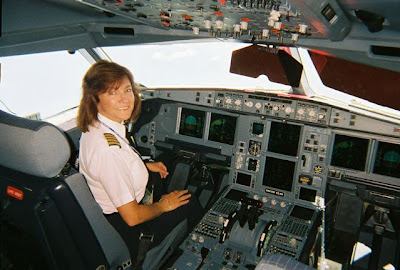 2005 Found Suzanne in a new world, as an A330 Captain. Three years later she was wearing a black uniform. Last week I was called out on reserve, and who should be on our flight from LAX to NRT—Suzanne! It was so wonderful to fly a leg with her and I’m looking forward to an entire trip. Why does she fly? 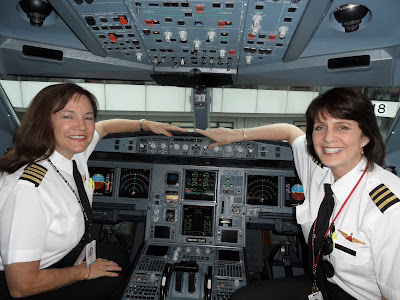 The end our first flight

Suzanne says, “Flying is my drug of choice.” Her advice is, “If you give up, you will never achieve your dreams. Stick with it.” When asked how she became a captain she said, “On day at a time.” 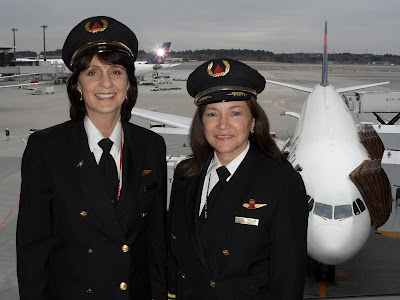 There have been days she’d wanted to quit. One such example was during her instrument training in the early days. She was having some difficulty and said, “That’s it. I quit!” And her instructor… “So calm and encouraging,” said to her, “Everyone has a bad day. Come back tomorrow.”

Suzanne reminds us that, “It’s good to look ahead, but get through the day—one day at a time.”