"It is through the adversity
of all that I have come to
face in my life, that I have
emerged - into all I was
meant to be."

~ by Eleesha,
Author of - The Soul Whisperer

Today is a difficult post to share because this is the ultimate adversity— Losing lives of your friends who shared your passion. Knowing that they will never live the dream that you all set out to follow, and the realization it could have been you. My friend, Ramiel Migue, contacted me to share his story or loss and his challenge with his feelings as the first year anniversary approaches. How do you move forward? 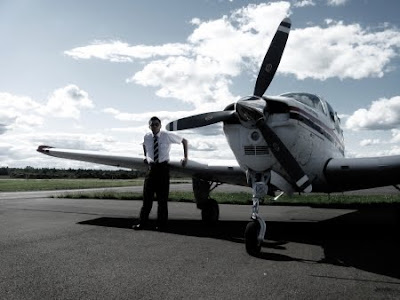 Thursday there was a fatal accident in Yellowknife where a few of Ramiels’ friends had worked and some of which are working in the area. Click HERE to read that story. While Ramiel had never worked for the company himself, and he didn’t have any personal connections with the pilots or their families, but he did have close friends that have worked then and he came close to interviewing for an intern position. But the real reason this accident is haunting Ramiel is because it’s brought back the horrific accident that occurred at his flight school less than a year ago.

Last November, one of our Beechcraft Bonanzas was on a training flight at night, for IFR training. They were conducting the flight VFR but this was always under radar environment so they were talking to Centers and Towers. Several minutes into the flight, they could see weather building up along the way and decided to terminate the flight and cut it short.

They turned around and asked for an RNAV (GNSS) approach back to our home base airport. That was the last radio exchange they had, and the last words of the instructor were "standby for SCZ". After several attempts to get them back on radio, they lost radar contact and later on advised authorities to conduct a search. It wasn't long till they find the wreckage of the crash.

One instructor (Aziz) whom just graduated in 2008, and two students, one female (Cynthia) and one male (Lloyd), who were to graduate in 2012 were on board. They were all pronounced dead at the scene. Later on, we learned that the aircraft started a climb and turn to the right, which was the last radar sweep. Just to give context, I have graduated recently, 2011…even though I still got a bit of the training left to do.

The news report and video coverage of the site, and one video looks very disturbing, as there are little signs that the wreckage was once an airplane. Click HERE to read.

That's the technical side of it. The harder part was all three crewmembers I knew very well.

Aziz was 26 year old and Cynthia was 20 years old, both of which I have just flown in the same type of airplane flying the same route, except in day clear VFR weather just two days prior. Lloyd, who was also 20 years old, I had known for a couple of years as well and had lessons together in that past.

What was even more discomforting to me that night was the great chance and probability that it could have been me in there instead of Lloyd.

See, the lessons we conducted two days prior was for one person (me) to do an IFR cross country to an airport and Cynthia conduct several ILS approaches at that same airport, and me again to fly back. The next flight would have been to do exactly that, but switch up the lessons. However, due to some scheduling problems and classes, Aziz decided that he would take Cynthia and Lloyd, so she can do her cross country lesson and Lloyd do his ILS lesson that night, then on the weekend I do my ILS lesson while Lloyd does his cross country.

All of this was because I had a class that would have ended too late to get up and do the lessons in time. However, I didn't even get to class that night because the professor was only giving back assignments, and so I could have told Aziz to get me to fly instead but I didn't.

That night I checked my email and saw that our chief instructor canceled all flying and academics for the next day. I wondered why, and thought this would only be because of something serious. So the first thing I did was to text message Cynthia because I knew they were in at the airport that night. After messaging others afterwards, I found out that it was their airplane that went down. I couldn't believe it, and it was until now and will be for a long time the worst feeling I have ever felt. My heart sank and it was hard for me to breathe normally.

Earlier that year, summer 2010, another graduate from our school just in 2009 actually, was killed after dropping a banner in his first flying job right at our airport. That site was right on the departure end of one of the runways just slightly further, in a parking lot. At times I would get chills down my spine whenever I would take off or drive by and see that spot.

I don't really know how I dealt with it. I just stuck with my friends.

We were offered counselors to talk to. I cried a lot as you can probably imagine. We had 3 funerals and one memorial service within 8 days following the accident. Somehow it brought our flight school and even the alumni closer together.

For a long time I replayed over and over in my mind what they had gone through. What was going through in their minds? Did they see the ground coming? And then there was a long string of days thinking about the what ifs. Even though I knew deep down that it was unhealthy. I couldn't help myself sometimes… I was torn between looking at the technical aspects of the accident and try and figure out what had caused it, and mourning the loss of 3 friends prematurely taken from us.

During the funerals, it helped me realize that life is fragile and throughout the days afterwards, I saw how great an outlook on life each of them had. I could not remember a time where they weren't smiling. And it was natural for them, so caring and so genuine.

I have used their lives to power mine, to look at everything and appreciate it for what it is. To cherish every moment. And every time there's an accident, which even remotely connected to me, or people I know, it gets to me. At times I'd start questioning the life I chose but I don't see myself doing anything else but flying airplanes, it's such a dangerous passion we take up. 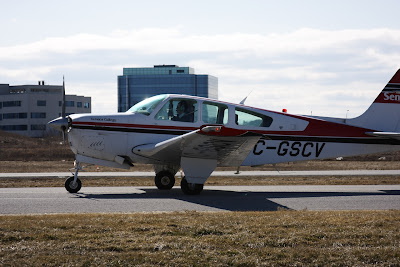 For final thought, I guess these things help shape our character and make us stronger, even if sometimes we fall weak to our emotions. I just wanted to know how others have dealt with tragedies or if you have had anything like this in your career/life.

Again thank you for taking this time to listen to my story. It's not just mine. It's in all of us reallyRegards

While this is no longer Ramiel’s current blogs site, you can click HERE to read the post he wrote during that time.


Ramiel, Thank you for sharing this story, and you’re right—it is everyone’s story. Every time there is another accident, you will remember your friends’ crash, and it will always get to you. Use that time to remember the people they were, not how they ended life. Remember they were doing what they love. A dangerous passion? Perhaps. But so many more accidents occur on the ground than in the air.

When you ask yourself what prevented you from being in that plane at that time, tell yourself —Life. You have something remarkable to do, and it wasn’t your time. Keep cherishing every moment, because you’re right— life is short. When you read Thursday’s post, you’ll have yet another thought of… if only. We can’t go back, but we can learn from the future. What ifs are okay if they propel you forward. 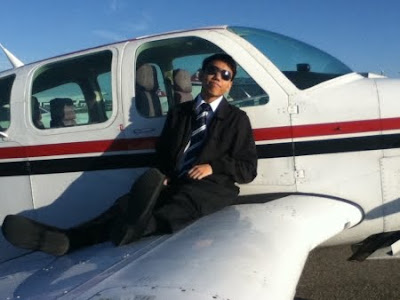 If anyone can help Ramiel live through this challenging time, and the upcoming anniversary of his friends’ deaths, please leave him a message. I know he will appreciate it.

Please all click HERE to read more about Aziz, Cynthia and Lloyd.