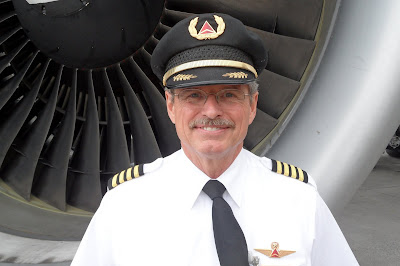 Scheduling called the day after my thirteen-day trip and assigned me another trip, this time to Osaka. It was hard not to smile when I saw that Ray Wallace was the captain. It took some coaxing and pleading, but he finally allowed me to interview him to be my Friday Flyer. He is by far the most humble person I’ve yet to meet, and keeps his life private.

Ray lives a quiet life, low on the radar, and enjoys the anonymity. But how could he not be a Friday Flyer?

This is a special month for him, as he will be turning sixty-years-old on the 29th, and he is retiring. For every pilot who retires, my number moves up one. But Ray is one Captain I hate to see go, number or not.

He joined the Air Force Academy in 1969 and learned to fly a T-41—A fancy name for a Cessna 172. Following graduation he spent 6 ½ years on active duty flying and instructing in a Lockheed C-141. 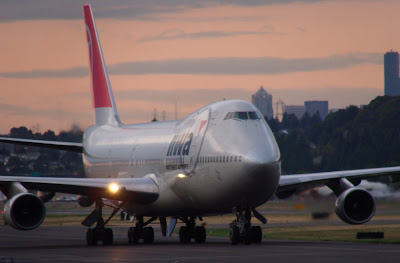 When he left the military he was hired by United Airlines and three weeks later, while still in training, he was furloughed. He then went back to flying the C-141 in the USAF reserves, and two years later was hired by Air Florida as a 727 F/O. He was furloughed a year later. Ray’s first son was born four months after the United furlough, and his second son was born shortly after Ray was hired by Air Florida. Two babies on the ground, and no job, Ray went full time into the reserves. Then in 1983 Northwest Airlines called, and his airline career began.

Ray flew the Boeing 727 as a Second Officer for one year, the Boeing 747 Second Officer for six years, and another seven years as a First Officer on Boeing 747– all in Seattle. In 1997 he upgraded to a Boeing 747 Captain, the same year I was hired at Northwest. As a captain, he was based in Minneapolis and then got back to Seattle for two months before the base closed, then Honolulu until that based closed. And finally in Anchorage, until they closed that base and parked the whales. His total time on the 747 is 27 years and somewhere between 13,500 to 14,000 hours.

The final year of his career has been with Delta on the A330. Ray started class about a month behind me and I’ve been fortunate to fly with him twice now. The first trip was a six-day trip over the Fourth of July.

People have often asked what we do enroute. Well, the flight from Osaka to Seattle Ray allowed me to interview him—A once in a lifetime interview. 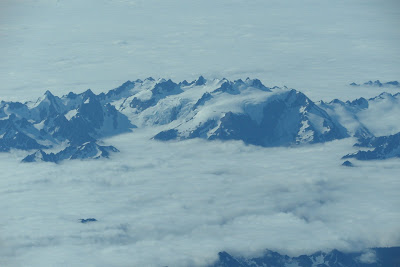 Karlene: “How do you feel about retiring, and what will you miss the most?”

Ray: “It’s time. 36 years, and of course I’ll miss certain flying experiences, and most of the people I flew with.”

Karlene: “Based on that line, I know you’ve flown with some great people. So, tell us... who was your favorite first officer?” Hesitation. Pause. He’s thinking… Does he get the answer right?

Karlene: “Good answer! And we now know that you’re a smart man too.” Yes, Ray has a great sense of humor. “All joking aside, one of the most common questions I get from readers is the difference between Boeing and Airbus. Can you tell me the greatest differences you’ve seen?

Ray: “The biggest differences I have seen have been generational. The C-141 was actually a generation before the 747. At first we had no INS. We had navigators that used celestial sextants. We shot stars and navigated with dead reckoning. We had an early Loran and a Doppler radar that worked on the C124 at 24,000 feet, but we’re were flying at 37,000 and 39,000 feet and it didn’t work real well unless the ocean was rough.”

Karlene: “That’s quite a difference in technology from then to now. So you’re flying one of the most modern airplanes now. How do you feel about where the industry is going with the automation?”

Ray: “New technology is neat, helpful, and useful in most cases has made it safer. Unfortunately I see a de-emphasis on flying skills and too much reliance on the technology. But on the positive side, the benefits and added capabilities increase safety.” 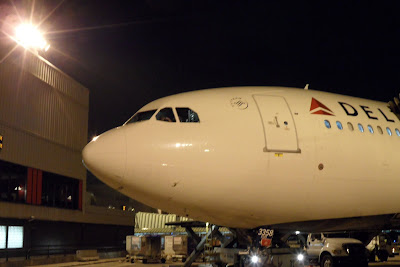 Karlene: “Speaking of increased safety, how do you feel about standard operating procedures? I know this is quite the topic of discussion in our industry, and I’ve got many general aviation pilots interested in this concept.”

Ray: “Clear standard operating procedures are a definite step up in safety. It allows mistakes and operational deviations to be caught much earlier in the game. It makes it much easier for new crews to function well together on first encounters.”

Karlene: “Not only the technology change, but you recently changed airlines. You spent your entire airline career, until recently, with Northwest Airlines. During that time you’ve seen a ton of change—both good and bad. What do you miss most about NWA?

Ray: “Corporate change is always difficult, but I miss the operational philosophy of Northwest.”

Karlene: “You’ve had quite the career Ray. Would you recommend this job to others today?”

Karlene: “Are you glad you chose this path for yourself?”

Ray: “Yes. I love to fly, and I don’t think I’d like a Monday through Friday 8-5 job. I get blocks of time on and off, which has both advantages and disadvantages. But I get to work with an extremely good group of people. Professionals that are both competent and care a great deal about the quality of job they do.”

Karlene: “I know what you mean about the people. So, what would you recommend to our future aviators?”

Ray: “Never stop learning. You can always learn from the great pilots you work with, and the not so great.”

Karlene: “I, too, think that learning is a life long key to success. So what additional advice would you give to our future commercial pilots?”

Ray: “Maintain the highest standard of knowledge and proficiency operating your aircraft in conservative manner with a large margins for error. Neither the company or the passengers pay me to take chances with their lives.” And then there is a pause…

Karlene: “What do you mean by trust but verify?”

Ray: “You have to trust the people you work with and the airplanes you fly. But verify they’re living up to your trust.”

Karlene: “Excellent advice for everyone!” 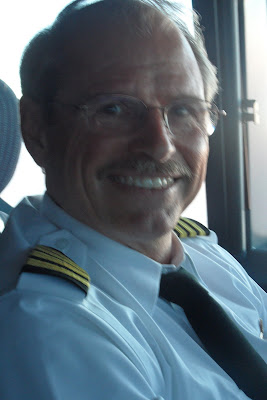 Ray, we will all miss you very much. I wish you the happiest retirement—the next adventure to your life is about to takeoff. And if you buy a little plane, make sure you come to Renton and join us in our fly-it-forward events.

Enjoy the Journey! It goes by way too fast sometimes.

Posted by Karlene Petitt at 7:18 AM