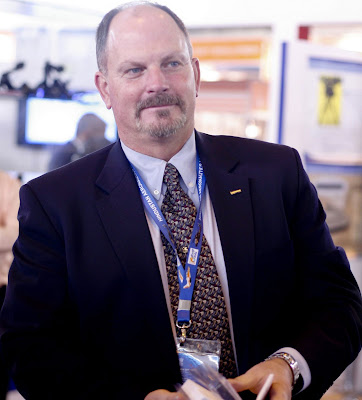 Imagine growing up in Michigan when your father is a pilot for the Ford Motor Company, and you and your brother, at the ages of six and eight, have the opportunity to go flying with Dad in Vintage WWII aircraft to deliver freight for the auto industry on weekends. It’s hard not to believe that Bob didn’t absorb his father’s passion for aviation. 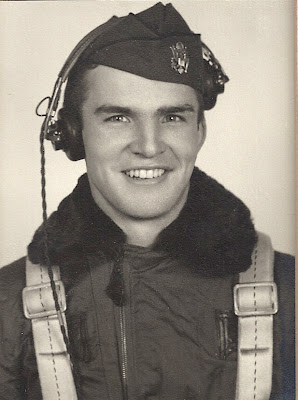 Working in and around the cargo operations, he and his brother worked as the ground crew for a hot air balloon owner and I think their faces are on a jail wall somewhere in Southern Michigan for the night their balloon danced with power lines. Apparently the local Sheriff had no sense of humor so they had a visit behind bars one afternoon. Who would know that one day he'd be dining with Bob Hoover. 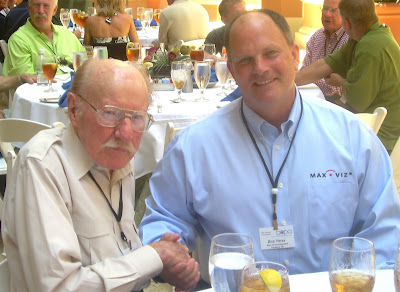 “We also tried our hands at sailplanes and float planes, and turned the occasional wrench on one aircraft or another throughout our school years.” Then it was time to graduate and go to work.

Prior to his 18th birthday, in 1977, Bob joined the Marines and spent six years in the Marine Corps in various locations around the country, and overseas on the USS Midway in and around Southeast Asia as a structural mechanic. His passion for aviation pointed him down runway and he applied for the Warrant Officer Flight Program with the U.S. Army.

After completing helicopter flight school he went on a four-year tour with the Army in Germany from 1983-1987. But his desire to fly and lead as an officer took him down, yet, another path and he applied for an inter-service transfer to the U.S. Coast Guard. That’s when tragic news traveled across the Atlantic Ocean. 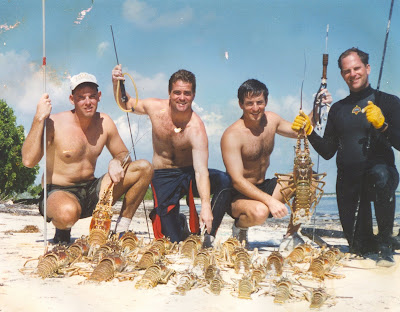 GI Lobstering... an off-duty past-time. (Bob's on the right)

During the application process, Bob’s father, who had retired early from Ford, was flying a light passenger twin, a Cessna 402, empty to pick up passengers at Marsh Harbor in the Bahamas. He crashed somewhere between Freeport and Marsh Harbor. 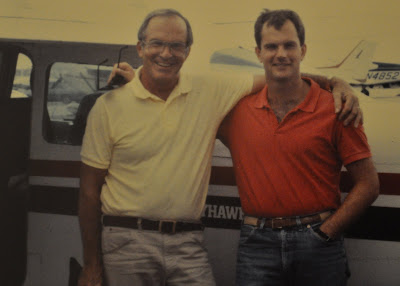 Last time Bob and his dad flew together on a visit from Europe to Florida in 1996.

Bob returned from Germany to join the search, and in both fixed wing and rotary aircraft he searched, and searched. At one point in the search operations, Bob actually flew up to Washington D.C. to complete his formal interview with the Coast Guard… which put him on two separate floors, one to interview, and another where he had some “very active” discussions with the head of search operations in the Coast Guard. They never located any sign of the wreckage, and Bob never saw his father again. 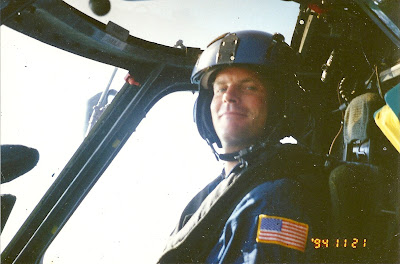 Bob subsequently joined the Coast Guard in the fall of 1987 where he flew the HH-3F (Sikorsky S-61) and HH-60J (Maritime versions of the H-60 helicopter) for the ensuing fourteen years, with tours in Traverse City, MI, Kodiak, AK, Clearwater, Florida, until he retired in 2001 in Sitka, Alaska. After his extensive military career it was time to fly in the civilian world. 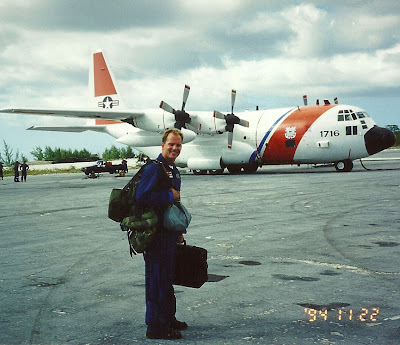 “On the morning of my ground school check ride, I was studying my notes on the end of my bed watching the morning news and saw the airliner smash into the second tower on 9/11 … I pretty much knew that the light at the end of the upward mobility tunnel in the airline environment had just extinguished.”

For all the bad there is good and Bob had the opportunity to go fishing... The following photos were taken while he worked in Sitka, but I'm sure he fished during his furlough. I would. 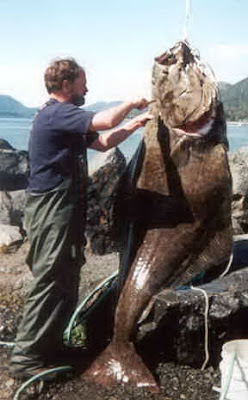 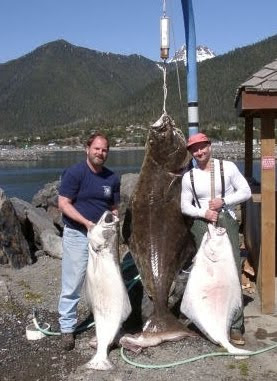 He was furloughed two days after completing his O.E. (operating experience) for twelve months, until a year later he took a leave of absence to fly medical helicopters in the Seattle basin...

“I was responsible for working as a liaison between the medical and vendor side of the program and Agusta Aerospace Corporation (the American subsidiary of Agusta, Italy) to develop a next generation single pilot IFR cockpit.

Over about a 7-month timeframe, I worked with engineers at Agusta to integrate all of the desired technologies to include interfaces and display structure. One of these technologies was Max-Viz, and during these negotiations their VP of Sales told me he was going to hire me…. I told him (on a regular basis) that I was a pilot and wanted nothing to do with sales or anything out of the cockpit.” 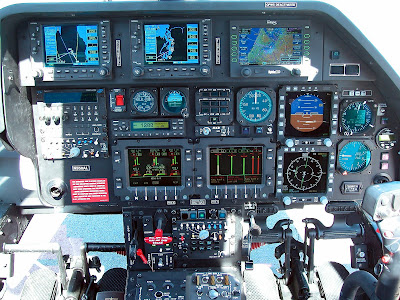 The company he was working for had two accidents in one month, one of which fatal and crashed into Puget Sound in IMC. This was third in a line of accidents that would impact his life.

“The aftermath of the crash presented me with a very transparent view of how my previous company dealt with these accidents and it was my background in safety that led me to how differently I accepted the next call from Max-Viz. It was taken with a significantly different viewpoint and focused more on safety and my family than my distinct passion for flying. My mentor from Max-Viz told me that the decision to move out of the cockpit was going to be one of the most difficult decisions in my life, but that I would never look backwards from that point—

Bob is now the Vice President of Sales and Marketing for Max-Viz, and resides and works in Gig Harbor, WA with his wife of fourteen years, Jan, and their two daughters ages eight and eleven-years old. He couldn’t be in a better place to enjoy his passions beyond aviation safety. So the answer to the question as to why he moved to the Northwest is obvious.

“My first and last tour in the Marine Corps was on Whidbey Island, which is where I fell in love with the Pacific Northwest. I haven’t hunted or fished a tremendous amount since the girls, but my passions are each of those, travelling, golfing, snow skiing, and coaching each of my girls in just about all of their sports.” 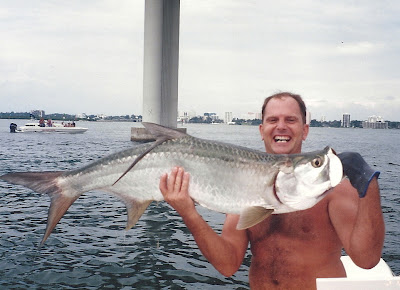 Life on the road has not slowed down, despite his shift in careers…

“My job has me travelling to just about every continent, interfacing with both fixed and rotary wing OEM’s, Avionics OEM, major programs in corporate, Part 121 and 135 as well as military and special operations activities. I work cooperatively with both the FAA (and the international counterparts) and have actively participated on numerous U.S. Federal and International Governmental subcommittees. I act as principal program manager for most all of our current generation STC’s to include aircraft from single engine Cessna’s up to and including cabin class wide body corporate business jets and twin turbine helicopters.

I live on a soapbox for safety with Enhanced Vision Systems at the core. Enhanced Vision presents an amazing ability to promote safety through enhanced situational awareness, a visual orientation on the natural environment not possible with any other existing technology.

Frankly, I know of no better place to make a difference in aviation … saving lives!”

We often wonder how tragedy can shift lives for the better. But as I share Bob’s story with you, it’s apparent that three significant events in his life all pointed him in the direction he needed to be. His passion for safety is authentic, and I’m excited to learn more about Max-Viz from the expert. From what I’ve seen so far—Max-Viz will improve aviation safety.

Bob promises me that he’ll give me all the details about Max-Viz next Thursday. If you have any questions or comments for Bob, I know he would appreciate them.

Thank you Bob for sharing your inspirational story.