I'm officially back on Reserve!

Last night I finally closed my eyes around midnight, and at 0130 the phone rang. Scheduling calling.

They said there was a trip to Dead Head from Detroit to Tokyo. This was a yellow slip. I didn't have to take it because it was a Seattle trip. Then I'd fly to LAX, and could DH anywhere I wanted to go from LAX.

Now, in a fatigue driven state of confusion...what should they expect at 0130...

I said, "What does a yellow slip mean? Is this one of those doubled time pay deals?"
"No. But you can deadhead anywhere you want after you get back back."  Meaning back to Detroit.
"Can I deadhead from Seattle?
"On your own."
"But I don't know if the flight is full. Can you give me a positive space?"
"No."
"Ahhhh. Ahhhh.... Ummmm."
"You're sure I can't go from Seattle?"
"No, it's a Seattle trip, but you have to go from Detroit."
"But I'm in Seattle."

Moral of the story... I'm based in Detroit for two more weeks, but I was 10 minutes from SeaTac airport. Unfortunately because I'm based in Detroit, and this was a Seattle trip, even though it was a deadhead, I would've had to fly five hours East to Detroit to deadhead five hours west over Seattle on my way to Tokyo. I am sure this has something to do with the "working agreement." But that agreement wasn't working in this case.

It will be so nice when I'm in Seattle and scheduling calls, and I can just go.

Best part of the story. I slept 3 hours, hit the gym, hitchhiked on SWA to Chicago and landed at 1330. Now I get to take my daughter out for her 25th birthday. 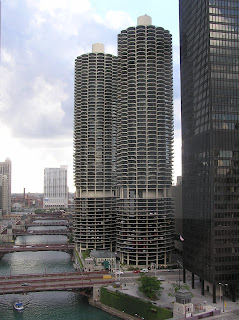 Tomorrow, I'm thinking landings are a great topic of discussion.