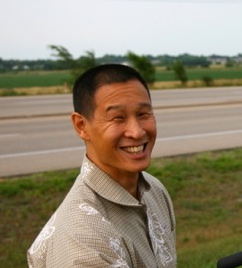 Marc’s story began like many others, with the fascination of aviation at the age of sixteen.  He was on a flight from Boston to Denver, sitting over the wing. He gazed out the window and became instantly fascinated by the mechanics of the slats, flaps, spoilers and reverse thrust on this United Airlines’ B737.
Adventure, responsibility, respect, and a very high compensation package (at the time) sparked his interest of the possibility that one day he could become an airline pilot. However, he had other interests as well, specifically photography and video production. At one point he had the dream of becoming a National Geographic photographer, until he discovered the pay wasn’t desirable. Ironically enough, the head photographer for National Geographic makes more than most airline pilots today.  How times have changed.
Photography didn’t support his financial dreams, and his guidance counselor had told him that he needed to join the military to become a pilot. After high school Marc followed a completely different path, and pursued a career in electrical engineering hoping to achieve approval from his Dad, which sadly he said, “never came.”  He hated electrical engineering, which explained why he didn’t graduate with honors. His heart was not in his studies. 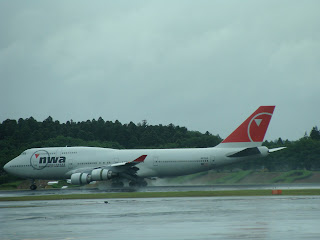 Realizing he’d traveled down the wrong career path, shortly after college, he decided to pursue a career in aviation. He flew to Oakland California and attended Sierra Academy of Aeronautics. At an accelerated pace, he obtained all of his ratings necessary to become a professional pilot. His next task was to get flight experience.
He returned to Massachusetts to flight instruct.  Two years later he was hired with USAir Express, and flying Metroliners and Saab 340’s. After five and half years, in 1996, he was hired with Northwest Airlines. He initially flew the DC-9 as a co-pilot, became a second officer on the B747, then a first officer on the B757, and now he’s flying as a DC-9 captain. 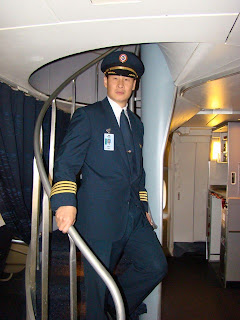 Not too long ago, his heart flew back to one of his first passions: media arts. The Minnesota Historical Society 1968 film festival was open for anyone to make a ten-minute film on any subject that occurred in 1968.  When he learned that the Boeing 747 was introduced to the public in September of 1968, he ran with it, and created an award winning film. Yes, he won an award! 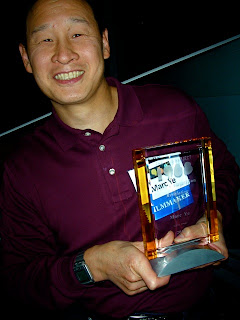 Revelation Award
Marc has come full circle melding his two loves into one.
He say’s, “This has been a labor of love making this film. The historical society enjoyed my film so much they awarded me the revelation award along with a check of $2000!” 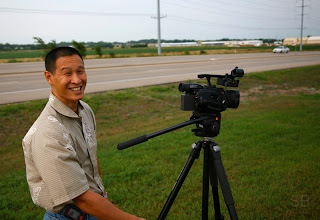 You can watch the video by clicking HERE, and selecting 2010 Award Winning Films. His is the video with the gorgeous plane:  Jumbo:  The Disappearance of an American Icon. Once on that page, click on the plane to watch. 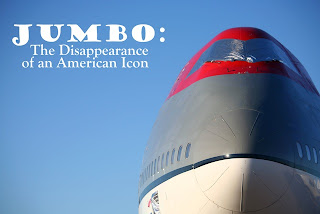 Marc is an extremely talented video producer, as you can see, and he did an incredible job with this video. If you’re interested in this award winning film, and want to own a bit of Boeing 747 history, one of the greatest airplanes ever built, you can purchase a copy of the video for yourself by emailing Marc at:  md747leap@frontiernet.net


I actually bought a few copies. Christmas gifts, and I am giving a FREE copy to one of my followers.
Yes! I am giving one of you a free 747 video.
All you have to do is sign up to follow my blog, and leave a comment that you want to be entered for the drawing. One name will be randomly picked by Random.Org, and the winner announced October 30th
And don’t forget to leave a comment for this week’s Friday Fabulous Flyer, Marc Ye.


Once you see this video, I'm sure you'll want a copy of your own.
Thank you Marc for a flash to the past! Best of luck with your video.
~Enjoy the Journey~
Karlene

PS... if there is a funky purple color on the title, this is blogspot having hot flashes. Hopefully it will go away.
Posted by Karlene Petitt at 4:17 AM