He’s a Pilot! He’s a Golf Pro! He’s an Entrepreneur! And he’s helping pilots manage their workload, and increasing aviation safety ... all in a single engine airplane! 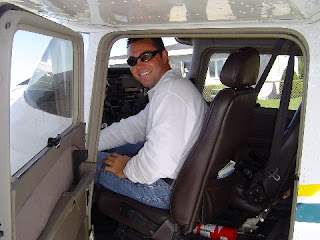 Andy's 1st Solo
For as long as Andy can remember he’s loved flying, and anything to do with airplanes, or airports. When he was asked what he wanted to be when he grew up, he’d say, “a pilot!” While he didn’t come from a family of aviators, he did have a library full of picture books, and every version of Microsoft Flight Simulator. Andy says, “I perfected my hangar flying from a pretty young age.” He tells me that he spent many wonderful moments with his dad at the Gerald R. Ford International Airport in his hometown, Grand Rapids, MI. “We would just sit, watch, listen, and smell everything. There we had some of our greatest father-son moments ever, and occasionally still do.”

Aside from flying, his “earthly passion” is golf, and he began playing when he was 5-years-old. He spent his summers at the golf course, and traveled all over the country competing in junior tournaments, with his mom. He won his first junior championship at age 11. 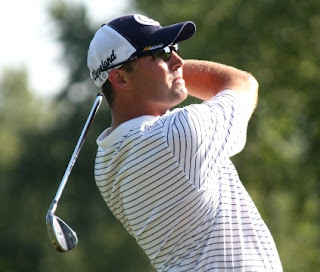 Andy is filled with gratitude for his parents who enabled him the great opportunity to follow his dream and play on the PGA Tour. Shortly after he graduated from the University of Michigan, he turned professional in 2003 and earned fully-exempt status on the Canadian Professional Golf Tour. He’s played in 6 PGA Tour events (1999, 2007 Buick Open ... 2007 US Open ... 2009, 2010 Puerto Rico Open ... 2010 Honda Classic), spent two seasons on the South African PGA Tour, and most recently notched his first international win this April, at the Mexican PGA Championship in Mazatlan, Mexico. Now he’s much closer than ever to competing with the best players in the world on the PGA Tour. 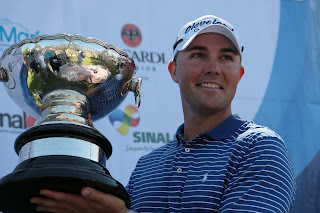 “I can't talk about my flying without talking about golf as well, because one provided the catalyst for the other.”
In 2006 a family friend purchased a new Cessna 182, and knowing Andy’s love of airplanes, his friend took him for a flight. It had been awhile since he’d been up in a single-engine plane, and this flight reminded him of his desire to learn to fly. He purchased a Cessna Pilot Kit the same week of that flight, and began reading, studying, and watching the DVDs.

He was fully immersed in the golf season, so he wasn’t able fly much, but studying gave him the chance to be productive on the road. He slowly progressed through his training. Unfortunately... or was this a good thing... in the fall of 2007, he suffered an injury and was forced to put away the clubs for the remainder of the year.

When a door closes, another opens. Instead of heading to the golf course each day, he headed to the library to study, or to the airport to fly. 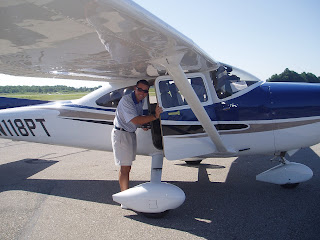 His first solo flight… “I will never forget the rush of adrenaline and feeling of accomplishment the day I flew solo for the first time!” Andy earned his Private Pilot's Certificate later that year. "Of course I wanted my dad to be my first passenger."
In the process of planning their first sight-seeing flight out of Ionia County Airport (Y70), Andy’s dad noticed the large number of aviation-related websites Andy visited, and how much time he spent planning for their flight. 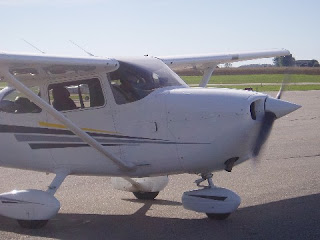 On their way home his dad suggested the need for a simpler way for pilots to complete all those “critical pre-flight tasks.” His dad saw this as a major safety issue. Andy took his dad’s idea, and ran with it… All the way to his college roommate, John Burnside, the founder of Huron One Solutions, a web development firm based in Ann Arbor, Michigan. Together, they began to lay the foundation for what is now iFlightPlanner.com

Andy says, “We looked at what was in the market and noticed that it was the current selection of flight planners that was contributing to the issue of pilots needing to visit multiple sites, because not one of them offered a complete solution. It was then when we made the commitment, that if we were going to take iFlightPlanner to the market, it was going to be the best and most comprehensive flight planning application available.”


iFlightPlanner is dispatch for the general aviation world. Something we couldn't live without at the airlines, is now available to all pilots!

iFlightPlanner.com  is the result of their commitment to safety. Andy and John have made retrieving certified weather briefs, computing weight & balance, and filing flight plans easier than ever. Their newest feature brings pilots a Google Maps interface with animated RADAR, seamless VFR and IFR charts, and color-coded weather along routes.  They’ve really put together a fantastic product, and they even have a logbook feature.


Not only do they listen to their users, but they follow through on the feedback. Their map feature was inspired by users’ requests, and now sets them apart from the competition.


Andy says, “By presenting pilots with all the information they need in an accessible and easy-to-use interface we are helping pilots plan more efficiently and fly safer.”

For a man who loves flying, and playing golf, he’s had a great time watching the idea for  iFlightPlanner manifest itself into a product that is truly helping pilots. Whether he’s golfing, flying or increasing aviation safety, Andy is an inspiration to all.

“It has been a lot of fun watching the idea for iFlightPlanner manifest itself into a product that is truly helping pilots. At the same time it has reminded me that you can accomplish anything that you set your mind to. Setting goals has always been a part of my character, but little did I know that my answer when I was asked, "what I wanted to be when I grew up?" was going to take me here. I will always be a golfer, but could not be more excited to have added "pilot" and "entrepreneur" to that list as well!" 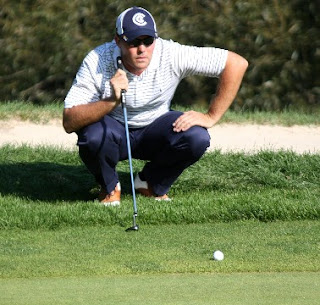 Focus. Dedication. Commitment.
It's easy to see why Andy is a success on so many levels.
Mom and Dad... you both have impacted your son's life in so many ways. Dedication, support, and inspiration did your child well. You've done great!

~Karlene
Posted by Karlene Petitt at 12:44 AM