Amelia’s adventurous spirit took her to the sky, to where no woman, and in some cases no man, had flown. Her list of firsts is noted in history, but her disappearance may still be a mystery… or is it? 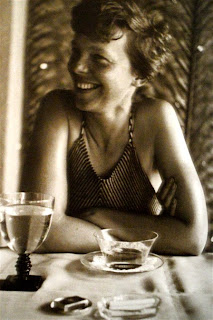 Amelia Earhart
1928: Amelia was the first woman to fly across the Atlantic.
1932: She took the Atlantic flight solo. 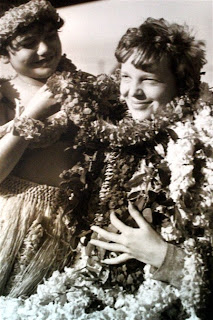 1935 in Hawaii
1935: Amelia was the first ‘person’ to fly solo from Honolulu to California. 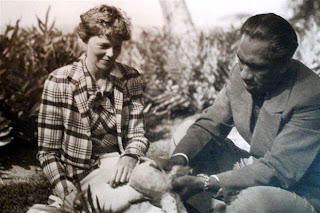 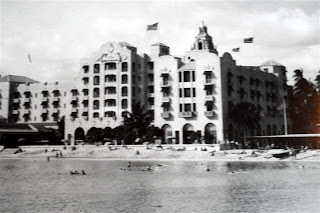 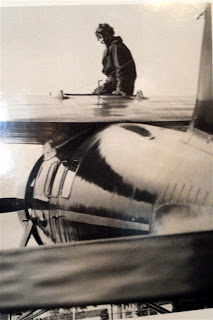 July 11, 1935
Amelia and her Lockheed Vega
1937: With copilot, Frederick J. Noonan, Amelia attempted to fly around the world. With great sadness her plane was lost somewhere between New Guinea and Howland Island.

Is her disappearance still a mystery? We’ll let you decide.

In 1992, a search party thought they’d found remnants of Earhart's plane on Nikumaroro , Kiribati. But this was soon disputed by the people who’d worked on her plane.

However … Some believe she survived. Click here to see another view of the mystery.

Click here to watch another level to the mystery

Do you know who the first woman was to successfully complete Amelia’s round-the-world flight, and when?

~ Karlene
Posted by Karlene Petitt at 5:34 AM