Last week, flying between Seattle and San Jose, I jumpseated on Southwest Airlines. Each flight had been oversold, and I sat in the cockpit.  Each trip, the plane had been a different model of the 737. Each crew couldn't have been nicer.


On my return flight to Seattle I soon learned that the Captain had been hired by America West in 1991. I had been hired in 1990. While I'm sure our paths may have crossed in the halls of training, we hadn't had the opportunity to work together. I was lucky enough that when the America West furlough of 1992  came along, I was locked in the training department and didn't get furloughed.  He did. Luck is all about perspective.
The light bulb came on and I realized that if I too had been furloughed at America West, I too could be a captain for Southwest Airlines.  You just never know in this industry. His path took him to Morris Air, and when SWA bought Morris... he came with the purchase. My path took me to Guyana, Tower, NWA and I came with the Delta purchase.  I had a fleeting smile and a nice thought at the alternate possibilities of life. But the truth is... I love my life and every experience I've encountered along the way. I'm very glad to be at Delta flying the A330. It truly is all about the journey. 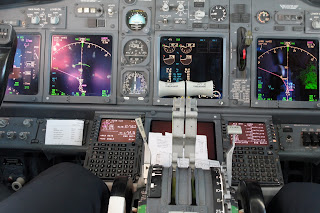 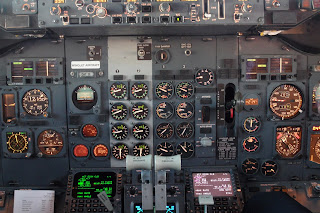 B737-300 SJC/SEA
This return trip also brought memories from the past. The 737-200/300 was the first 737 I instructed in at America West. Below are the overhead panels of the aircraft above.  While the forward panels look like these aircraft are two different aircraft types, the overhead panels do not. There is not a great deal of difference with the switching logic over the years. Do you know why? 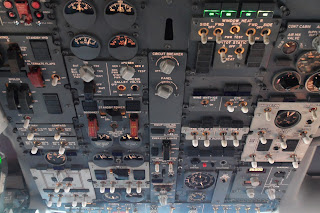 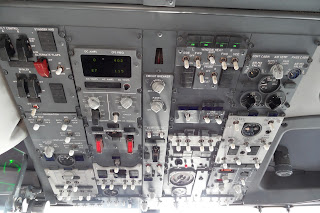 When the first 737's came out, the switching logic was lever-latch. The technology at the time. Southwest was a major customer for Boeing. The FAA was on the verge of mandating a new type rating for the new models. They all came to an agreement. If Boeing built their future Boeing 737 aircraft with lever-latch switches instead of push button, the FAA wouldn't require the new type rating and SWA would save millions in training costs.
Does the overhead panel, between pushing buttons or moving switches, impact the operation of the aircraft from the pilot's perspective? Negotiations are a powerful thing and create history.
Thank you Southwest Airlines for your continued hospitality!
Enjoy the Journey!
~ Karlene
Posted by Karlene Petitt at 8:51 AM