Delay Does not mean Denial

Due to some very nasty tactics
the good old boys at Global Air Lines
Have Delayed Justice...
But the Novel is coming soon! 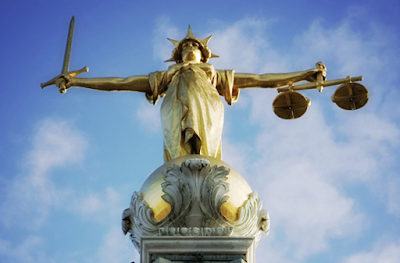 Darby Bradshaw identified serious safety concerns at her airline. Thus, she presented an internal safety report to her senior management, along with recommendations for improvements. What she didn't know was that she stepped into the middle of a plan to remove pilots permanently, where executives at Global Air Lines are working with Airbus to shutdown Boeing, they bribed an FAA administrator to create legislation in their favor in exchange for a position on their board of directors, and they bought their SVP of flight operations a position as the FAA administrator. They had to discredit Darby at all cost.

What happened to Darby, should never happen to anyone. In Flight For Sanity, Global grounded a pilot for bringing safety information forward with an internal report, forcing her into a psychiatric evaluation. Flight For Truth was Darby's fight back. Management had waited until Christmas Eve, a year after they pulled her from duty, to tell her that her career was over. She fights like hell to get her job back, and to hold the individual's accountable. What she didn't know was the length that a handful of despicable individuals went to in order to keep her grounded.

Flight For Justice continues the journey. In addition to proving her sanity, she is in the midst of an AIR 21 lawsuit. Discovery provides answers to corruption, violation of federal regulations, contractual violations, and the needless death of 228 people. The corruption slithers all the way to Washington D.C. Darby's chances to win are good, but it's not about truth or justice, but what you can prove in court.

Darby Bradshaw and her attorney Robert Allen take on an airline, their million dollar legal team, and the FAA at the highest levels. The reader will have an insider's view on the corruption of the aviation industry. What makes this novel fun, is that the dialogue was taken from actual depositions and trial testimony, leaving the reader scratching their head and thinking... this is airline management?

“Are you familiar with SMS?”

“Yes. Safety management system,” Clark said. “Ours is very robust. Always had a very, very strong safety culture. Global was the first to qualify for SMS with the FAA. Can’t remember the date, but we have the greatest SMS anywhere.”

“Is having an SMS, then an FAA requirement?” Robert asked, establishing protected activity.

“The FAA does embrace SMS as the favored way for any airline or any operator to operate,” Clark said.

“Are you saying it’s a voluntary program?” Robert asked.

“No, I didn’t say that. I said that there are variations of SMS programs through all of the different airlines, all of the different charter outfits, and off the different flight training schools, anything having to do with aviation, because as a reporting structure up through the FAA they do want to have a safety management system established at the company. The question really is how elaborate is the system,” he emphasized. “How well does it work. And Global has been recognized as one of the top in the industry.”

Darby wanted to laugh. And he runs an airline?

Robert stared at Clark for a moment. Darby wasn’t sure if he was waiting to see if anything else would come out of Clark’s mouth, or because he was trying to figure out how to get this putz to answer a question.

“My question was," Robert finally said, "does the FAA require Global to adopt an SMS program?”

Darby wanted to laugh. He simply could not answer yes to anything on the first go. They talked about compliance, and Robert finally got Clark to admit he was obligated to comply with the FAA approved program. It’s was like pulling teeth. He finally admitted that whenever the program was in place, regardless if it had been a regulation at the time of implementation, it was an FAA approved program and they were required to follow it.

When Robert asked what the components of SMS were, Clark babbled on about 'embracing it from the top down with the CEO coming down the organization, with a robust reporting culture that started at the ground level with the front line employees'. They were to distinguish trends and mitigate risk. Darby wished she could mitigate his ass. He was so full of bullshit. Cocky. Arrogant. And he had been the person who had placed the hit on her.

“Reporting culture is therefore an SMS component that Global was required to maintain,” Robert asked. “Correct?”

“Objection to the extent it calls for a legal conclusion," Wendel said. "You can answer if you know.”

“A reporting culture is something that Global has always embraced. As a matter of fact, Global has the most robust ASAP reporting program of any air carrier in the world, 25,000 reports per year that come through. I—”

“No, no, you are not answering the question.” Robert said.

“Objection,” Wendel said. “Let the witness be permitted to answer.”

“I am going to,” Robert said. “But I am just going to advise counsel and the witness, that if the witness answers the questions posed to him, this will go much faster. If you want to finish what you were saying, go ahead, and then I will re-ask the question," he said, exasperated.

Flight For Justice
is coming soon!

Catch up on the Series
and Be ready for Justice! 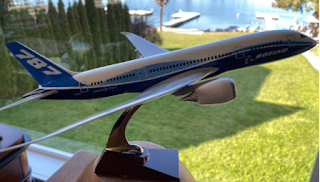 ENTER TODAY!
Paper books on this blog
or Ebook on Amazon