WARNING To All Consumers of Security Systems

When your security company fails you, and to make matters worse they lack accountability, what can you do? Below is what happened with Comcast. There is a high probability this was not accidental, but they knew exactly what they were doing.

We were robbed. Someone stole our tools from our garage. But I had a security system with video monitoring and recording, and I could find out who took them, and get them back. My garage is a separate building so I didn't have it wired for an alarm, but I did purchase a camera and paid 24/7 monitoring to watch the building.

I contacted Comcast to find out how to look up the recording. The representative said we could do that, "But only if the camera was recording."

"Why wouldn't it be recording?" I asked. There were four men in my house, two wiring it for the cable, and two setting up the security system. We placed the camera in a location to monitor the garage and front area to the house, and turned it on, and connected it to the monitoring screen. I have the screen sitting at my desk so I can watch all activity. For the first month I had, 3 or 4 visits for malfunctioning sensors, and resets of the panel and even a screen replacement. And over the year multiple resets due to internal failures. But recording was never in question, because I was paying monthly for an entire year, and the techs set it up.

Well, that representative who answered  the phone with, "only if the camera was recording" was correct. My camera was never set to record. He knew. This was not an isolated case. I also suspect that Comcast intentionally does not set the camera to recording, doesn't advise the customer that they must do so, and bills them for a service they are not receiving. This is what happened to me. Then the fun began. Not.

I was able to able to get to a real person in about 20 minutes, then I was transferred three times. The third person said they were sending me to their manager, and placed me on hold for over two and a half hours. In the meantime, I began tweeting. During that time @ComcastCares directs me to DM (direct message). I send a message at 545 p.m. They responded at 804 p.m. apologizing for my "billing troubles". I received five more messages over the next two hours, as I attempt to explain the situation. None of which accomplished anything.

Well, after being on hold for two hours and 30 minutes, a manager finally answered, and he asked me what the problem was. Ahhh! Then he said Comcast could refund $40. They could only go back for 120 days. Nope... that will not remedy this situation. He agreed to escalate it, and someone would call me the next day. I went to bed to deal with this another day. 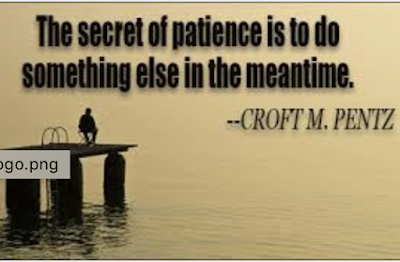 Gildardo called the following day, and we played voicemail tag until the third day at which time he asked, "What's the problem?" Sigh. I explained what happened.  It would be a natural assumption that since they set it up, and we see it's working, they identify the features, and we are paying for the recording feature, that all is well.  I voiced my concerns that this company is sending people into our homes, setting up a service, knowing that we did not go online to turn the camera to record, but they knew. I also expressed that this was not thousands of dollars. I told him that Comcast was a billion dollar business and that they owed accountability to their customers, for such a gross failure. Gildardo refused to allow me to speak to his supervisor. He said $40 was all they would do. And the case was closed!

COMCAST
The Billion Dollar Company
Is taking our money, for services they
do not provide.

I did a little research on Comcast and for "The twelve months ended December 31, 2019 , consolidated revenue increased 15.3% to $109 billion compared to 2018. Consolidated net income attributable to Comcast increased 11.3% to $13.1 billion . Consolidated Adjusted EBITDA increased 13.6% to $34.3 billion"

Nobody can afford to give bad service, except those companies that are so large and powerful that they don't care about the individual. But when your security at stake, the stakes are a little higher. I also suspect that their billions are attributed to taking money from customers for services no received, and or ordered.


I returned to tweeting after Gildardo's comments. Now I have invested three days and approximately 10 hours in effort with this. Immediately upon tweeting again @ComcastCares offers to reimburse me for the entire year: $119.  Would that have been difficult on day one and the first call with an apology?  I thanked the agent, and also asked for a three year credit to assist with the items lost. A reasonable solution for all. They refused. Since, I have received numerous responses from people and one person advised me of another tactic that the Comcast partakes in:

This person has auto bill pay and Comcast automatically added the playboy channel. Not a large amount, but they slipped it in without her ordering it, and added to the bill. How many people are not checking the itemizations on their bills and paying for something they didn't purchase? We trust people will do the right thing. Sadly they don't.

What You Should Do:
When I remodel my cabin on the lake, I will find a different security company and a different cable service. Until companies are held accountable to their actions, nothing will change. Please share this will all the people you know. If your camera was not recording, hopefully this will save you some heartache in the future dealing with Comcast as I have.

Posted by Karlene Petitt at 8:39 AM