On Flying And Writing


Rob Burgon, from Fighter Pilot to Airline Pilot, an all around great guy just wrote his first book! He is sharing the traditions of his military life. The holidays are a time we can all appreciate the power of tradition. But in the military, they are a way of life that must live on. As you read Rob's story, you'll learn more about his character, motivation, and his innate ability to strive for excellence between being a pilot, husband, father and now author and the importance of balancing it all.
Rob Burgon:

When I started flying fast jets, I thought I would live out my life as a fighter pilot. I couldn't think of anything else I wanted to do in this world than fly fighter aircraft. I was young(er), and I had yet to experience many facets of life that would ultimately change my point of view. But I'll get to that.

As the new guy or gal in a fighter squadron, the only thing expectations placed upon you are to learn your aircraft, learn the tactics, and keep the snack bar stocked. You are a professional pilot—that's it. For that reason, I loved being a freshly minted wingman. My days were filled with flying, tactics, and study. When I wasn't in the squadron, I was dreaming about being there. I could be anywhere—the Walmart parking lot, for example—and, if I heard the whine of a jet engine, I would stop what I was doing and look up. The intrigue of flying seemed unrestrained. 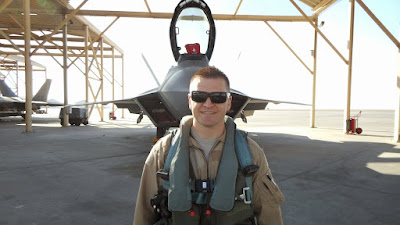 Twelve years later, my passion for flight remains bright. Several aspects of my life have changed (I have my own family now) and with those changes in life have come changes in perspective. Breaking the sound barrier, pulling Gs, and dispensing ordnance are no longer the top priorities in my life. The shift in paradigm was difficult to digest at first, but I have since learned to embrace the variations life seems to provide on a continual basis. 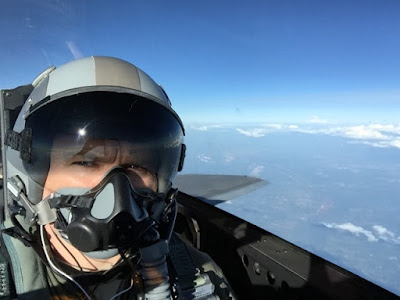 Being a fighter pilot and having a happy family life are not mutually exclusive. Many pilots can balance their priorities and find contentment in whatever it is they are doing. As I approached the task of finding enduring contentment in my career, I had to face many harsh realities. The military had changed, and, as a leader in the squadron, so had my job.

I no longer enjoyed the privilege of being a "professional pilot." I was now an officer, a leader, and a professional cat-herder. I found that flying was beginning to take a back seat in my career. This new reality was driven by reduced Air Force budgets, decreased manning and shifting of ground duties from support airmen to the pilots themselves. My days were rapidly filling up with performance reports, operational supervising, scheduling oversight, and other non-flying duties. To stay current and up-to-speed with tactics, I had to use family and personal time. 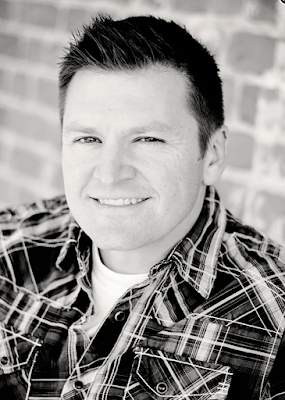 It was with great trepidation that I made the decision to leave Active Duty and look to the airlines for a continued flying career. I knew I could make more money in the civilian sector, and (as I had heard from other pilot friends who made the leap) quality of life was higher. The more I researched being an airline pilot, the more it appealed to me . To sweeten the deal, I knew I could still fly fast jets part time by getting a job with the Air Force Reserve. 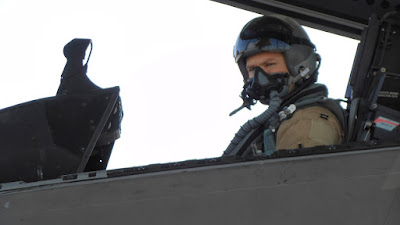 It took me almost one year to setup my departure from Active Duty. The paperwork, applications, job interviews, and the constant waiting made for a very stressful year. At the end of it, I found myself hired by the only major airline for which I cared to work. Just as amazing, I got a job with a Reserve Squadron I had wanted to be a part of since I first started flying the Raptor. Everything was coming together.

Now that I've been out of Active Duty for nearly one year, I look back and reassess my decision. I have two very fulfilling jobs, I live where I want to live (no more moving unless I want to move!), and—most importantly—I have more quality time with my family. I made the right choice.


The airline job has been fun. I have found that I enjoy going new places and meeting new people on a regular basis. The flying isn't quite as exciting, but in an airliner, that's a good thing. Although I'm not doing "loops to music," I still like what I do—it beats being chained to a desk (on Active Duty or otherwise.) When I get the itch to fly upside down, I go on orders with my Reserve unit and get my monthly dose of tactical flying.

The nice thing, now, is that I have a little more free time. I'm free to pursue my hobbies and interests and enjoy all that life has to offer. I'm finding that the world is an amazing place when you actually have time to enjoy it! I have used my newfound freedom to finish a book project I've been working on for the past couple of years. 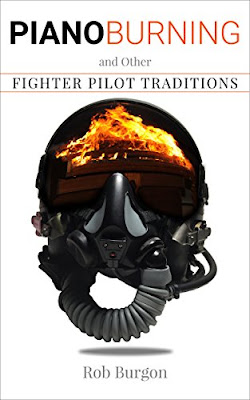 Piano Burning and Other Fighter Pilot Traditions has been an idea slowly expanding in my brain over my time on Active Duty. One of the things I miss most about those days is the constant participation in fighter pilot traditions. I miss the daily reminders of the proud heritage shared by fighter pilots. Writing a book about those experiences just seemed like the natural thing to do.

During my time on Active Duty, I saw many of our traditions fading and being forgotten. Most fighter pilot traditions are not written down, but passed on by word of mouth. I wanted to preserve the heritage that meant so much to me as a young lieutenant. I wanted to give my fellow fighter pilots something that would help them look back and remember those bright days walking the halls of the fighter squadron. I wanted to give people who are unfamiliar with our world a small window through which to view and appreciate a lifestyle defined by noble lineage. 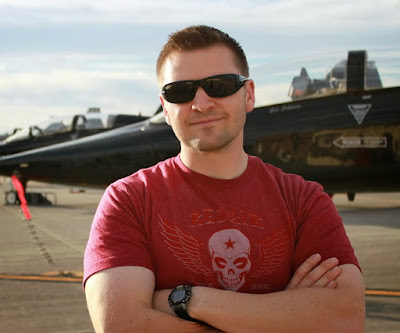 The book is my first publication, although one of my stories as been published in Eric Auxier's revered series There I Wuz: Adventures from 3 Decades in the Sky, Volume 3. My new friends and members of an aviation authors group have helped me become a better writer. Karlene, Eric, Leland Shanle and Mark Berry have all had a profound effect on my writing, and I'll be forever grateful to them. I'm proud to call them my friends.

I'm also proud to have finally completed the daunting task of writing a book. Even more importantly, I'm honored to have been a part of the amazing group of men and women who call themselves fighter pilots.
Rob, Thank you for Sharing your Story!
For everyone else,

Get your copy
Just in Time for the holidays
I would recommend you click here:
Piano Burning and Other Fighter Pilot Traditions