Victoria Neuville jokes that she doesn’t know how to be bored, because she always manages to get herself involved in an interesting project. I first connected with Victoria through her blog and in October 2010 I made her Friday’s Fabulous Flyer. At the time, she was an instrument rated private pilot and had just moved to Frederick, MD unsure of where this new life would take her. Where is she now six years later? 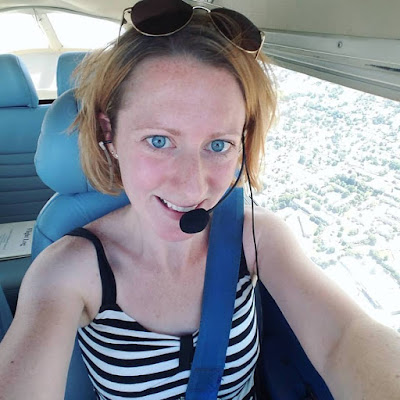 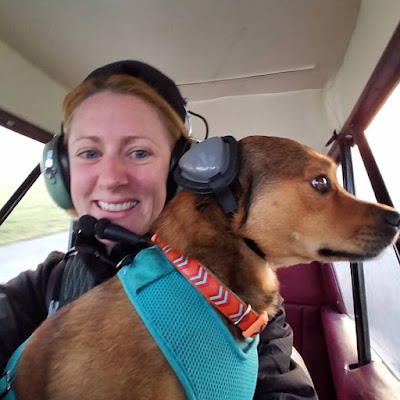 And she has no plans of slowing down!

When Victoria landed a job in aviation insurance, she did not expect it to turn into a career. It was just a job that would lead the way to a career flying. However, Victoria quickly discovered that she enjoyed working on the ground chatting with pilots daily and flying for fun whenever she pleased.

“It sounds boring, but it’s a fun challenge finding a competitively priced policy for various aviation operations. I’ve met and spoken with many interesting pilots from all walks of life!” she explained.
Inspiration to Fly 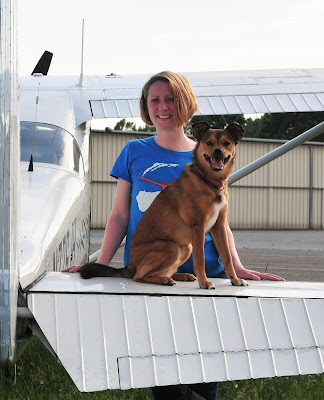 As Victoria enters her sixth year in the insurance industry, she has just begun her fifth as the only female cohost on the Stuck Mic AvCast, an aviation podcast. Averaging 5,000 downloads an episode, Stuck Mic is available on iTunes and online. Her fellow co-hosts consist of airline pilots, flight instructors and general aviation pilots where each host brings something new and interesting to the discussion. Despite being miles apart, Victoria says the group feels like family and has met pilots all over the world through this podcasting community.

Victoria credits the support from her co-workers, co-hosts and podcast listeners for the success of her creative outlet, a children’s book series based on her favorite co-pilot, Turbo. Turbo is a 4-year-old mixed dog and recently logged his 99th hour in his ‘dogbook’. Victoria’s co-author and business owner, Kelly Kennedy, got the idea rolling on the children’s book series. Both woman have always wanted to write children’s books, and finally found their muse in their dogs. 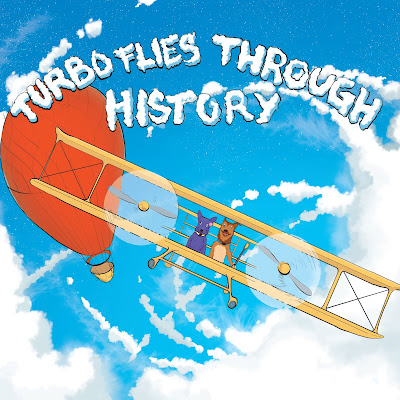 Two years ago, the first book Turbo the Fly Dog, came to life. Turbo the Flying dog follows the real-life story of Turbo’s adoption. Later, Turbo takes the controls in the second installment, Turbo Learns to Fly. His flight instructor is Kelly’s Schnoodle, Olive. She’s having a rough time as a female pilot and through Turbo’s encouragement, her confidence soars. Last month, the duo returned for the third book in the series, Turbo Flies through History. Through an airplane time machine, both dogs discover all the aerial inventions that brought us to where we are today. 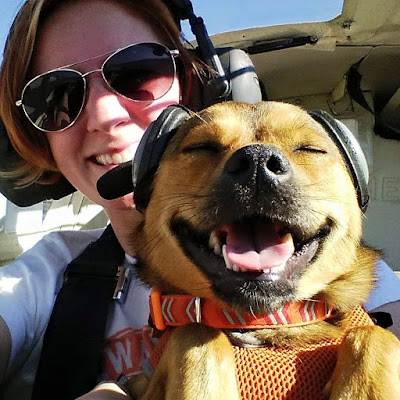 The authors’ greatest joy comes from sharing their passion for aviation and animal rescue with others. They can often be found visiting libraries, bookstores and schools with the dogs. A typical event will include reading the books and hands on activities where children try on headsets and explore sectional charts. Of course, getting to meet the real-life stars of the book is the biggest hit for guests young and old! The authors’ recent event, Paws & Planes: Holiday at the Airport, brought Santa to the Frederick Municipal Airport. Over 300 families enjoyed various educational aviation activities, learning about local pets available for adoption, and giving their Christmas list to Santa Claus!

Whether in the air or on the ground, Victoria’s passion for aviation runs deep. As the year comes to an end, she wishes to get in the air some more and further spread the word about Turbo’s book series.
Her New Year’s Resolution?
To slow down…maybe!

Flight For Series:
Flight To Success Be the Captain of your Life
I am Awesome. The ABCs of me. 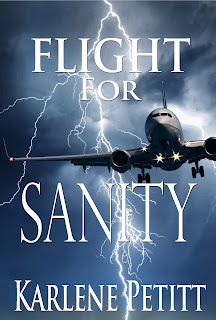 Catch up on the series so you will be ready!

Motivation and Children too!