The Tail Fell Off

The Not so Ugly Truth About the V-Tail

In my search for a plane I landed on the Bonanza A36. The same plane that Matt is flying around the world! But in the process quite the debate started with the V-tail.

In Defense of the V-Tail Bonanza, Paul says... 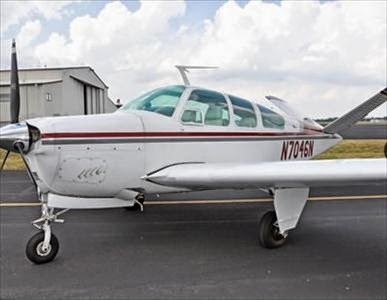 "The v-tail is overbuilt to the Utility standard, stressed to higher g factors, ultimate load factors etc....has been since 1949.

The v-tail enjoys a relatively good safety record despite the hyperbole surrounding "that funny tail,"

The vtail is by far the most tested, examined,scrutinized airplane flying. The only civil aero plane built with real wind tunnel aerodynamics as a large part of its design. Dive testing to 300 mph. Drop testing of the landing gear (dropping the airplane 20 ft or so, I forget, to test its ruggedness (all that did was pop the tires) There were many built (10,400 approx) and thus the pool is quite large. Accident statistics can be presented that are scary to the uninformed observer.

There was a rash of airplanes spit out the bottom of some thunderstorms, in pieces, or found to have poorly balanced or non balanced tail surfaces after painting or changes to its weight (maintenance induced flutter) that contributed to this run of inflight break ups. More than 70% of them involved convective activity in some way. Regardless, for a time, there was as opened restriction while Beech tried to find out what was going on. They found nothing.they were told to try again or the FAA would take over. They loaded it to gross weight......

Took It to every extreme imaginable. 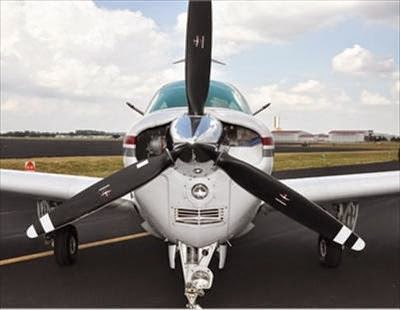 The only finding was some flutter at a very narrow corner of the envelope. Hard to configure but nevertheless it was obtainable. They put a small cuff on the leading edge joint of the horizontal stab and the fuselage to protect against flutter, but more importantly...demanded that every vtail get their tail surfaces balanced, and to a tighter specification. In inch/pounds 16.8 to 19.6 or close to that. An Airworthiness Directive was issued to mandate inspection of the tail, installation of the aforementioned cuff, and repeated inspections every 100 hrs of the tail...it also mandated rebalance of the ruddervators after painting, etc.

At the same time as this, there was an emphasis put on weather and weather avoidance in pilot training, along with the first generations of spherics, lightning detectors that helped pilots AVOID T-storms and bad weather in general. Convective activity, sigmets and other tools became available. This is all in the early to mid 80s.

Well, the result of all this has been the Bonanza now having one of the better safety records among high-perf complex airplanes...with the only inflight break ups over the last 20 yrs occurring, according to NTSB reports, with convective activity, and loss of control resulting in overspeed and exceeding the airplane's ultimate load factor as causal factors.

The V Tail bonanza is a safe airplane. It's as safe as the pilot can make it. The tails don't "just fall off". I've been asked this question at an airshow once. In the inflight break ups studied, the tail never did "just fall off" anyway. Upon exceeding the Maximum Load factor the wings would fail first, followed by the tail. 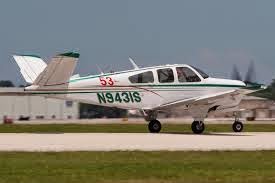 The Maximum load Factor on the Bonanza is roughly 16% higher than the rest of the civilian fleet of airplanes as Walter Beech chose to illustrate its structural integrity by building the airframe to the Utility standard, rather than the Normal standard that Cessna, Piper, and all other certified civilian airplanes were built. This means you enjoy an ultimate load factor of 8g. This comes to inflight loads of over 11 tons as they also chose to keep the airframe certified in the Utility category at full gross weight, as well.

Well, I just sitting around and decided to give you my little story about the Bonanza and Debonair. Yes, they are strong. And safe. 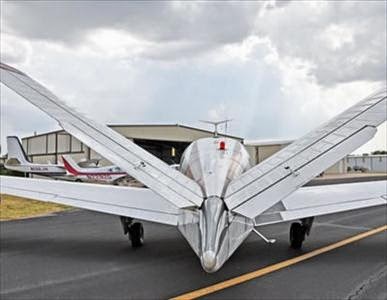 I've decided if anyone asks me if the tails fall off, I'm going to answer, "Yep, with no warning! I've been lucky so far, but TODAY, WELL, YOU NEVER KNOW!!!!!!"