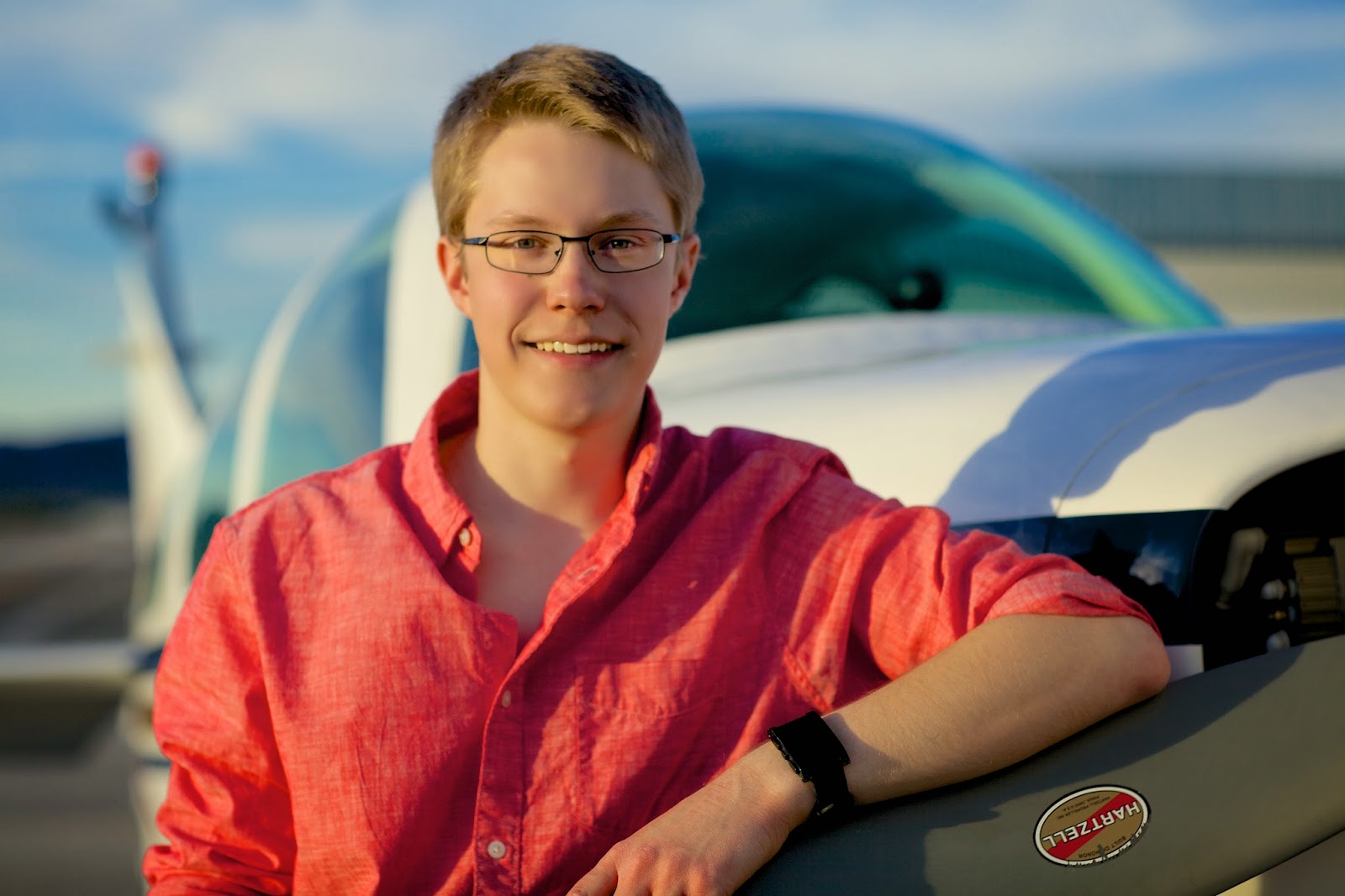 
19 year old Matt is flying around the world solo!

The first week in April our Blogging In Formation team has written about solo flights. And there is no better way to end our series this month than to join the journey of a young man who is planning the trip of a lifetime in his solo flight around the world! Matt tells me, “Fewer people have flown solo around the world than have been to space.”

“You don’t have to be old to achieve huge endeavors.”

Matt is a freshman at MIT and this May he is embarking on a mission to become the youngest person to fly solo around the world. He is flying a 1981 A36 Bonanza and will cover 28,000 miles, raising money, and giving the proceeds to Code.org

Code.org is a nonprofit organization focused on making computer science education available in K-12 schools. Giving back at such a young age, but more than that... you won't believe what he has already done. Matt said that that flying was something he always wanted to do for as long as he could remember. Growing up he would play with flight simulator games and his favorite place to eat was at the airport cafe. His passion for aviation runs deep, but Matt took off another direction for awhile.

He started his first company in seventh grade at the age of 12 and sold it a few weeks later before moving on to predicting the price of oil via computer analysis, stock analysis with supercomputers, and automated Bitcoin arbitrage. All I can say is wow. He was also a National Merit Scholarship recipient in 2013. 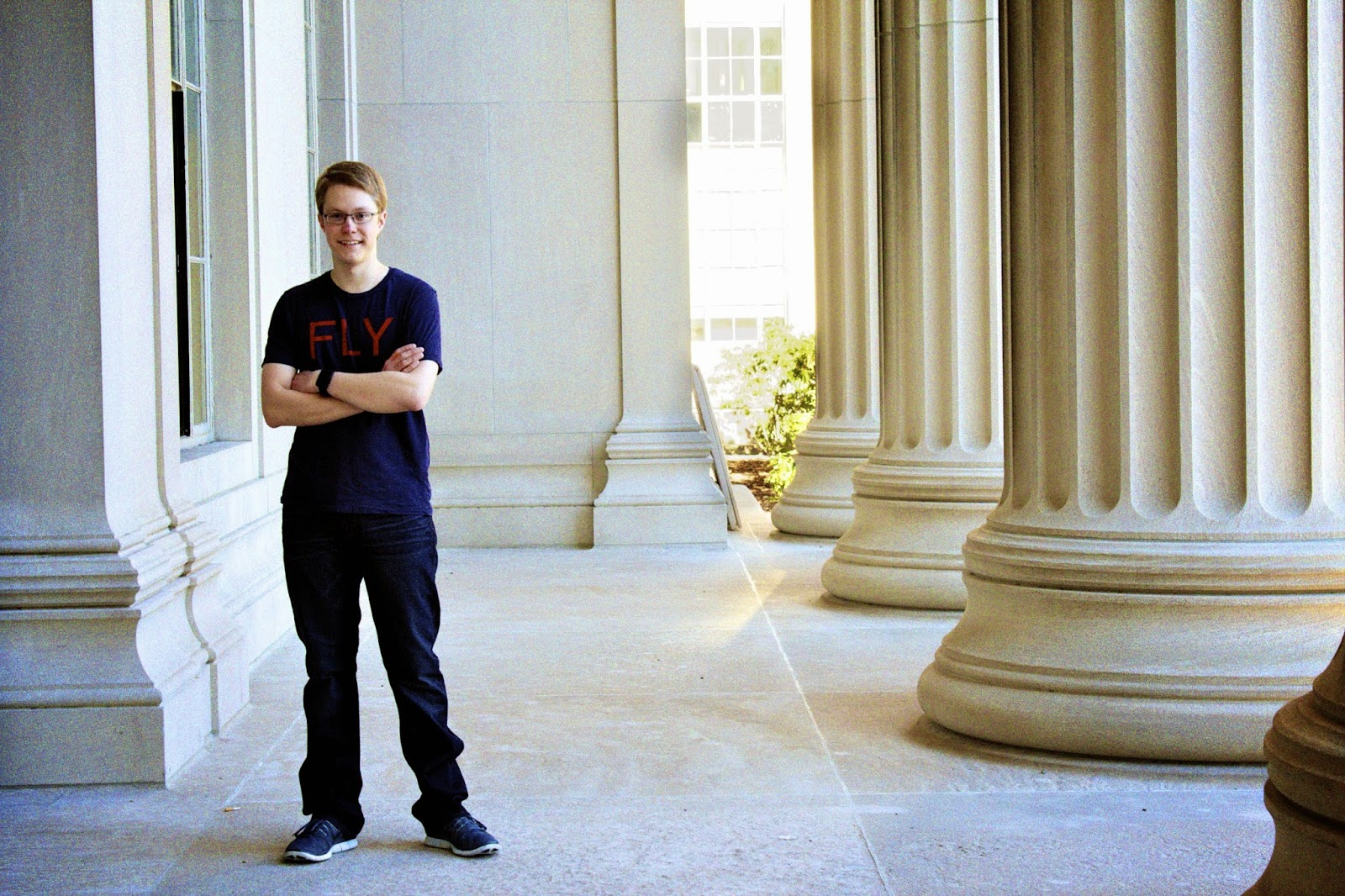 Matt, a 19-year-old from Aberdeen, South Dakota, and currently a freshman at MIT is studying electrical engineering & computer science. And he is preparing for an around the world solo flight! While he loved planes as a little kid, guess what finally got him flying... 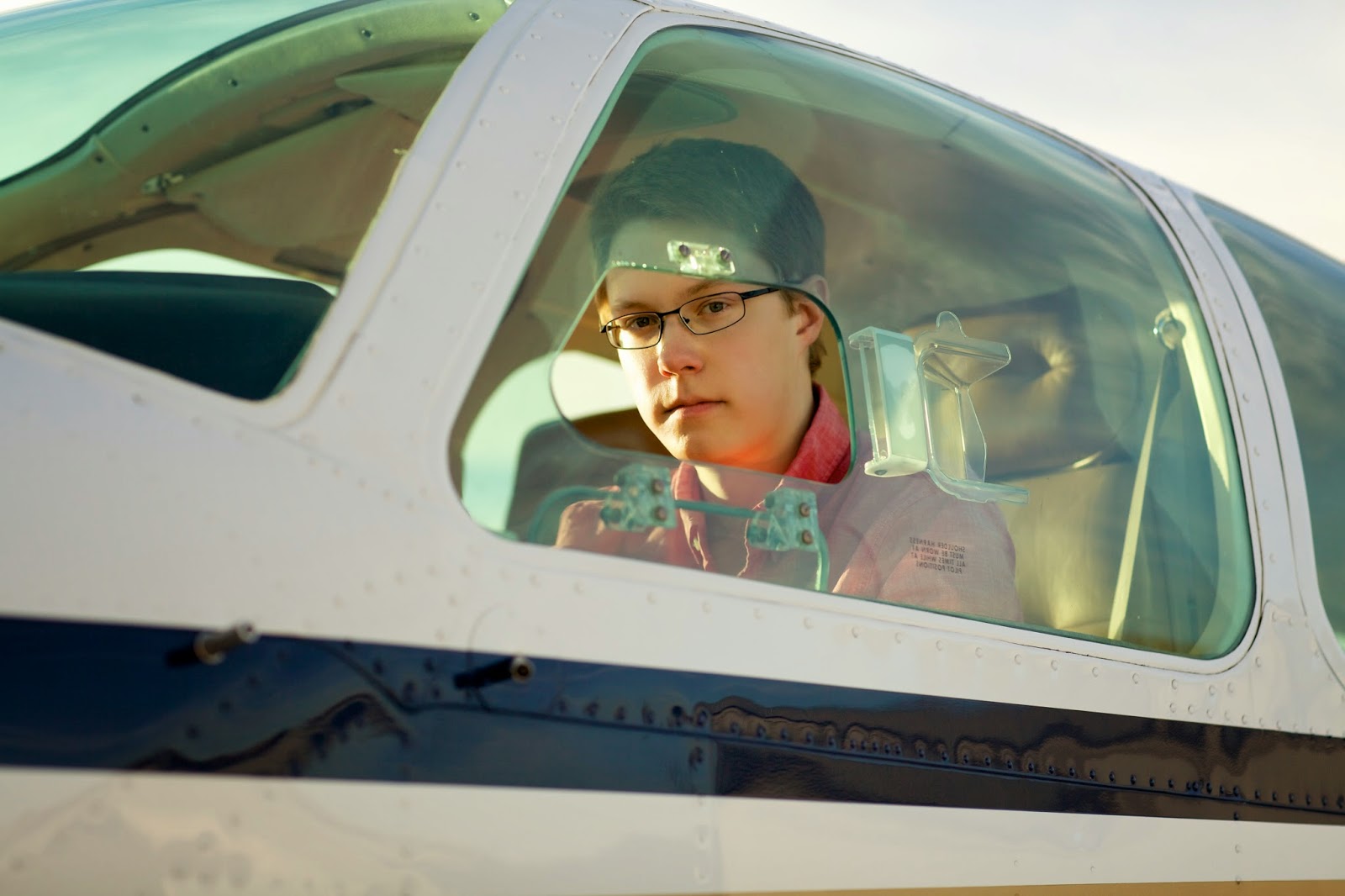 
"A few summers ago, I got bored one day and realized I could get my private in a few months, so I convinced my parents to let me do a little intro flight.  I think at the time they thought I'd just do this $20 flight and get it out of my system. And now I'm gonna go fly around the world.  I've also since amassed about 500 hours and a commercial certificate with single engine land, single engine sea, instrument, and glider ratings and I'll be adding multi-engine land in a couple weeks.

Last spring I was looking for some ways to expand my flying... how I ended up flying gliders... and I came across an AOPA article about a 21-year-old from Fresno, CA, who made the around the world trip last summer. I immediately just kind of thought "well I could do that," so I started working on it, and here I am." 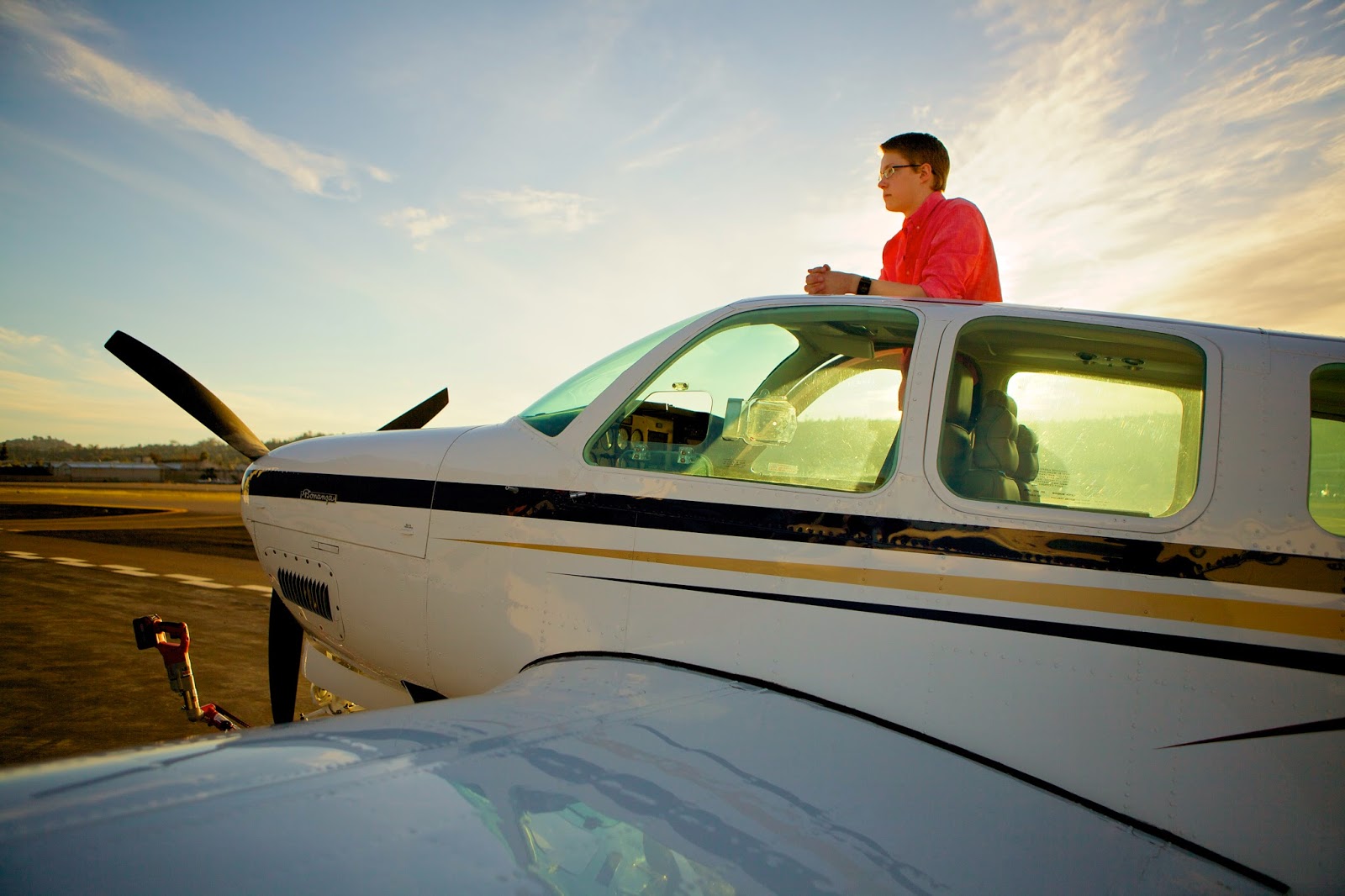 Flying Around the World!

Matt is leasing an A36 for this month long trip around the world, and says "it's a wonder to fly." He will be adding a 160 gallon ferry tank, so he'll have about 2800 nm range. He is still working out all the details for sponsorships.


“I’m always looking for new challenges and unique experiences, but this is the biggest challenge I will have conquered.”

What's next for Matt?


"I don't really know exactly what I want to do after MIT, but ideally I guess it'd basically be a combination of Steve Jobs, Howard Hughes, Elon Musk, and Tony Stark/Iron Man." 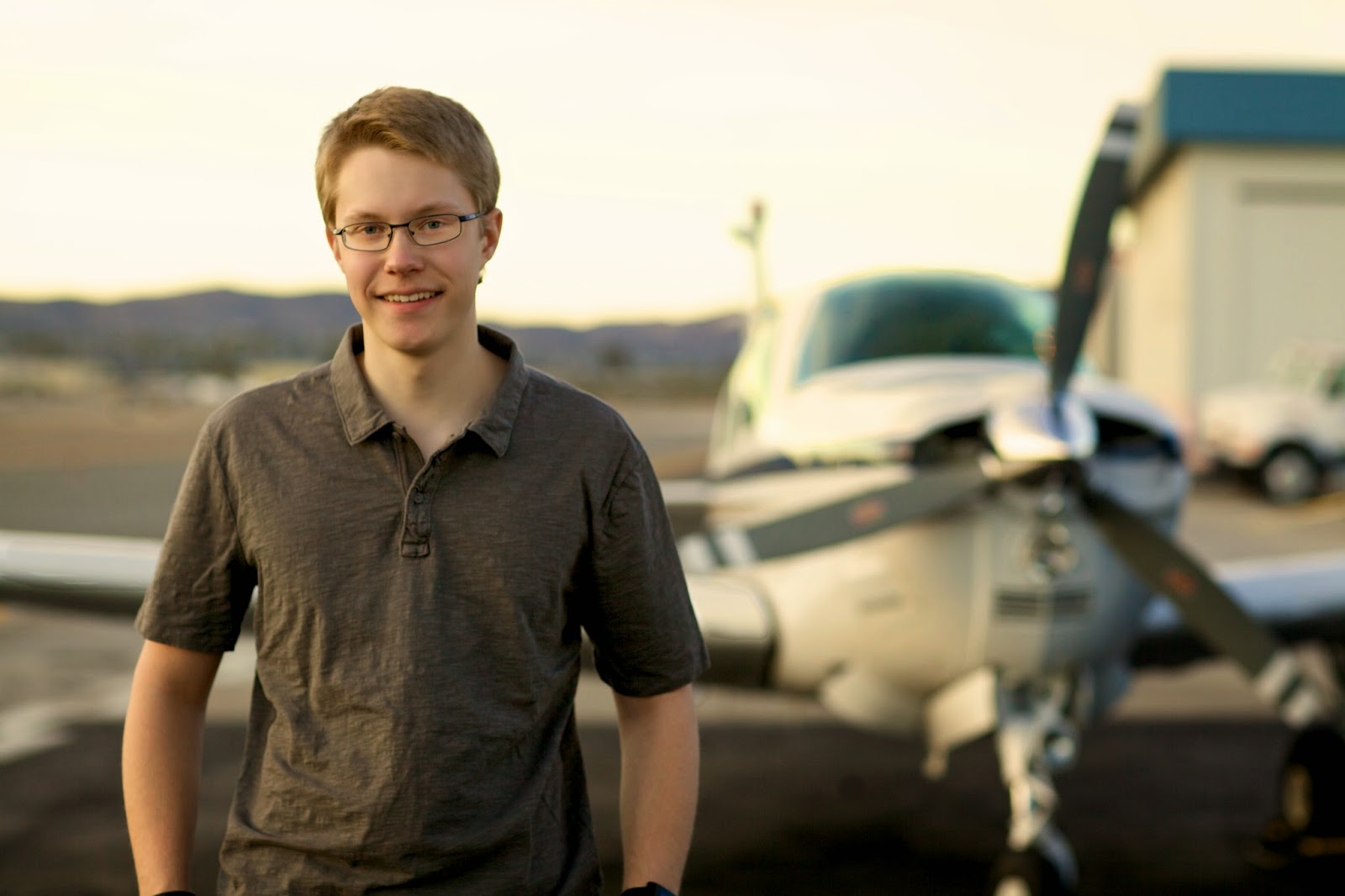 There is a lot more info at Limitless-Horizons.org, so please check it out. Follow Matt. Like his Facebook page: Limitless Horizons.  And please share this with everyone you know. We need the world to learn what Matt is doing so we can all support and encourage him. We can be the wind beneath his wings!
There you have it. A brilliant young man taking his love of flying and supporting education. Please wish Matt luck!

Enjoy the Journey
XO Karlene
Posted by Karlene Petitt at 12:00 AM