"At the end of the day,
be thankful that we had the gift to fly" 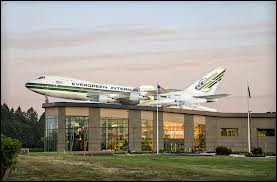 This month is a sad day in Aviation History for many. Evergreen officially shutdowns November 30th, 2013. Putting aviation history month to bed.

My first airline job was flying as a 727 first officer for Evergreen in 1987. It wasn't too long ago I was reflecting on my life, wondering if I had never left Evergreen how my life would have turned out. At the time a  friend was applying to them, and I thought... I could have been his captain. 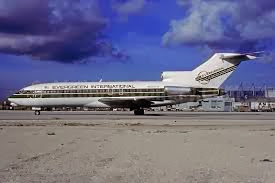 In 1988 I had the choice to go to Braniff or upgrade to a first officer on the 747. I chose Braniff. I thought that flying for an passenger airline would be more conducive to raising a family. Well, we all know how well that worked out. Shortly thereafter Braniff filed bankruptcy.

That started pattern for my career of starting over for multiple airlines. But mere months ago I had said, "What if I never left Evergreen? I would have been flying as a whale captain for previous 24 years of my career." 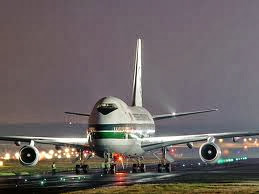 If I had stayed with Evergreen in those early years I may have been a whale captain for many years, amassing widebody hours. I would have experienced the stability of one airline. I would have been senior. 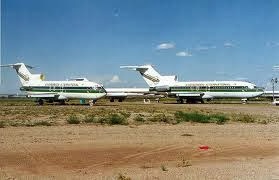 We never know if we make good or bad choices along the way. But I do know life always has a way of working out if you take action and do the best you can. I am grateful for Evergreen and all I learned working there. I'm also thankful for many opportunities that followed. Many funny stories along the way. This is a very sad event for me, and my heart breaks for all involved.

My advice to the displaced pilots...pack up that flight bag and apply to the airlines. They are hiring! When they say all good things must come to an end, it's true. That also means something better is around the corner.

You can teach an
Old Freight Dog new tricks!


Enjoy the Journey!
XO Karlene
Posted by Karlene Petitt at 12:00 AM