An exciting week of
Blogging In Formation has just begun.

This week—
The most memorable flight.

With so many flights logged into my brain, I wondered which I should share…Flying thoroughbreds in a 747, on my way to Rio while listening to Jimmy Buffet? My first landing in a Braniff 727 as a commercial/Instrument rated pilot? Landing in Saudi Arabia after flying 12 hours, single crew without an autopilot? Each flight I take is spectacular in some way. But there is one that has imprinted a video in my mind, and every so often the movie plays. 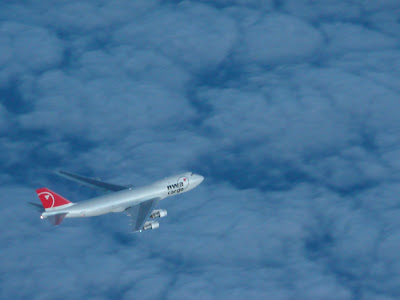 Memories are stored with emotion—and triggers bring them back to life. A song, a scent, or place. Today's memory was triggered by an incredible book I recently finished, which has yet to be released—Mark L. Berry’s Memoir. But with any luck it will be on the market soon. A little snippet of what carried me back to JKF on July 17, 1996. 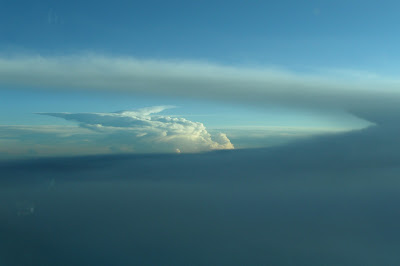 "The sky was that deep shade of blue you only see at dusk during summer, in the moments just before the sun finally sets. The ocean, having absorbed radiation, heat, and light all day, set up a low shimmer above the steadily rolling waves as the atmosphere tried to reclaim what the sun had tirelessly delivered while passing overhead. The sea and sky seemed to be shaking a thousand hands along that stretched horizon. The distant colored sails of leisure boats jibed and tacked—small irregular triangles bending and pulling their water-skimming vessels. And above the were departing aircraft... A recent departure from JFK International airport joins the procession...unaware that anything was about to go fatally wrong."

The fact is, there were a line of up 747 double-deckers that night, and I was in one of them flying with Tower Air, as a first officer. July 17th 1996 was the night TWA 800 exploded. When something of this magnitude happens, people are touched in a variety of ways. This is the night that I remember. Not only the explosion, but the events that transpired before that horrific moment and the many hours that followed with need to tell my family, "I am alive." 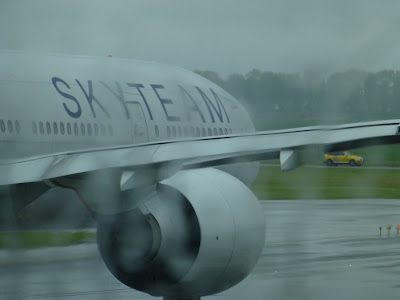 We were all delayed, an hour that night. My crew had performed all procedures, and we were waiting for bags to be loaded, and passengers to board. And three sequential, but significant, events occurred before our flight. They stick in my mind to this day, as they were all connected in some small way.

First: My captain had told me that many of the pilots were upset with him because he had been flying high time. Every month, anything he could get… he took. He explained he hated being selfish, but he had a plan to retire early. He had to think of his family. He needed to amass the money. He would work hard for ten to fifteen years, and then retire.

He looked at me quizzically and said, “Whatever it takes.” 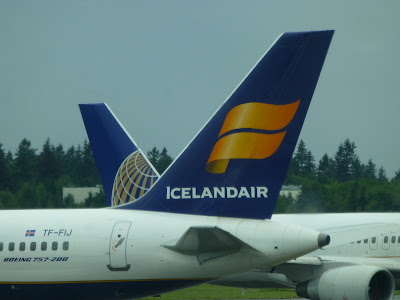 Then I explained to him the fallacy of his plan. With a moving goal like that, each year would roll into the next, and tomorrow would never come. There would always be that next paycheck, one more extra flight, and an excuse that would come with why he needed to go for more. His flying was like an addiction. That he would give up his life and seeing his kids grow up, for the dollar. And what if he were hit by a car tomorrow? It would have been for nothing. I told him that it was important to plan for his future, but it was also important to not sacrifice today, for what might happen in the future. We never know how long we have until it’s too late. And that was when we were interrupted with event number two. 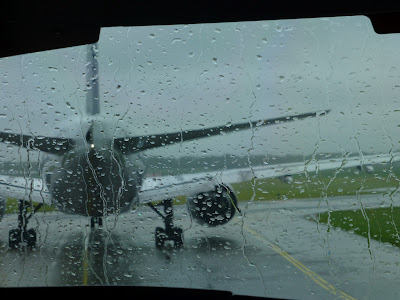 Second: The lead flight attendant came to the flight deck and told us that we had a passenger who was very a nervous flyer. He was worrying everyone else. The captain asked her to bring him to the flight deck. When he arrived, Captain Daly explained to this man how safe the plane was—duplicate systems with redundancy. How safe flying in general was. He then had the lead move him as far forward as possible, to lessen the effect of turbulence.

After he left the cockpit I said, “You know, when it’s your time to go, it’s your time. Unless it’s the guy in 5B, then I guess you go with him.” Ha. Ha. We all laughed, and then event three occurred. 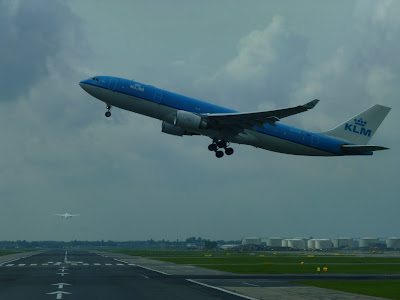 Third: The lead flight attendant returned to the flight deck and said there was a first class passenger that was complaining because he did not have a meal. I asked why they didn’t board him a meal. Answer—he was supposed to be on TWA 800 and missed the flight. They had already closed their doors. I offered to give him my crew meal. She said, “We have food for him. He wants a ‘First Class’ meal.” Hmmm. Shouldn’t he be happy just to be on our plane?

You see both TWA and Tower had scheduled flights to Paris that night, in the exact same plane, departing 15 minutes apart. But the little tidbit that may have gone unknown, was that Tower had been flying TWA 747 flights for about a month prior to that, as TWA had overestimated the timing of bringing this magnificent bird onto their fleet, and they were behind schedule. Weeks prior to this flight, I had piloted a TWA flight from JFK to SFO. 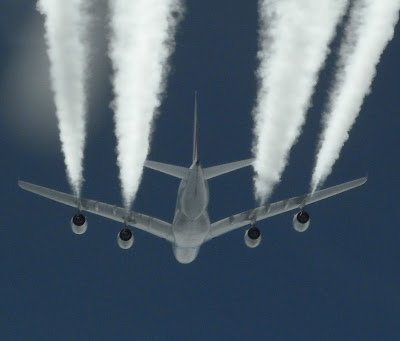 We sat in the long line awaiting departure, and then were cleared for takeoff. The captain pressed the thrust levers forward and we barreled down the runway soon to be airborne. The Tower cleared us to contact departure, and I had just looked down to change the radio when the flight engineer said, “What was that? There aren’t any cells out here, are there?”

We played with the radar to see what storm had emitted lightening in our clear skies. It wasn’t until we were crossing the ocean and listening to the chatter on 123.45, did we learn what had happened. 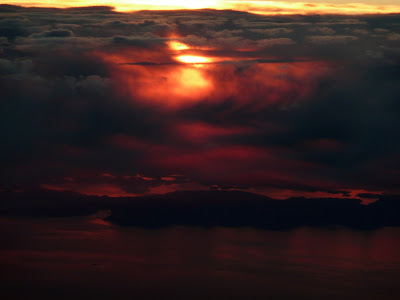 Silence prevailed in our flight deck most of the night. Occasionally I would say, “I can’t believe that happened.” I fought tears, sometimes unsuccessfully. I had wanted to go back and tell that man who complained about his meal, that he was lucky to be alive. But I didn’t. He would either figure it out upon landing, or not. But the hours drug on in silence.

That plane could have been mine. We could have been in line with that missile… missing it by minutes. If it was boost pumps, we had them on our plane too. Did my family know that I was alive? The TV would have been on, as it was dinnertime in Seattle and I was out of town. 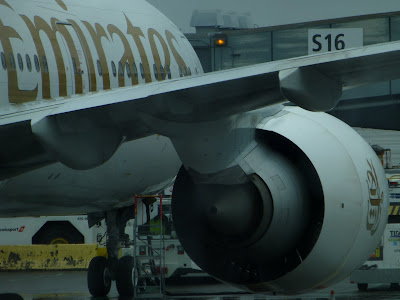 My three daughters ages, 11, 12, and 13 were at home with my husband. They knew that I had been flying TWA flights, and was headed to Paris. As suspected the news broke on all channels with the report of a TWA 747 bound for Paris that had just exploded. My husband said that was his worst night of his life. 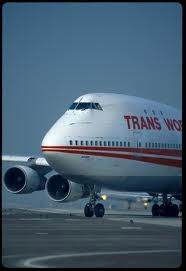 Captain Mark L. Berry lost his fiancée and many good friends on that night… TWA was his airline. It took awhile to get a phone line out in Paris, But I was able to give my family that good news call. A call that many never received.

Aviation is the safest it has ever been, but there will always be a reminder that fate happens in strange ways. We as pilots can only do what we can for safety. But when the unexpected happens, such as TWA-800… it becomes as senseless and painful as 9/11. There is no reason. And as much as we want to blame someone, there will be times that we are unable to. And yet must find a way to go on, we owe it to those who are unable.

But those memories of lives lost, and the events we experience will continue to play in our minds each time we see that sunrise, or smell jet fuel, or depart Kennedy. 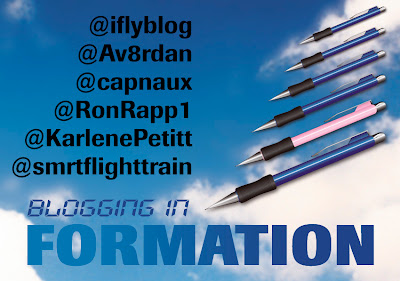 Please take this week to enjoy my fellow Blogging In Formation pilots. Below is the schedule and a link their blogs. You get a full week of the most memorable.


But before you go…
Please share your most memorable flight.
(as a passenger counts too.)

For a taste of Mark's memoir, here is his photo and 34 companion-song page. He's taken up writing music to help heal the pain. Click HERE for more.

Remember to enjoy the journey~
XO Karlene
Posted by Karlene Petitt at 12:00 AM